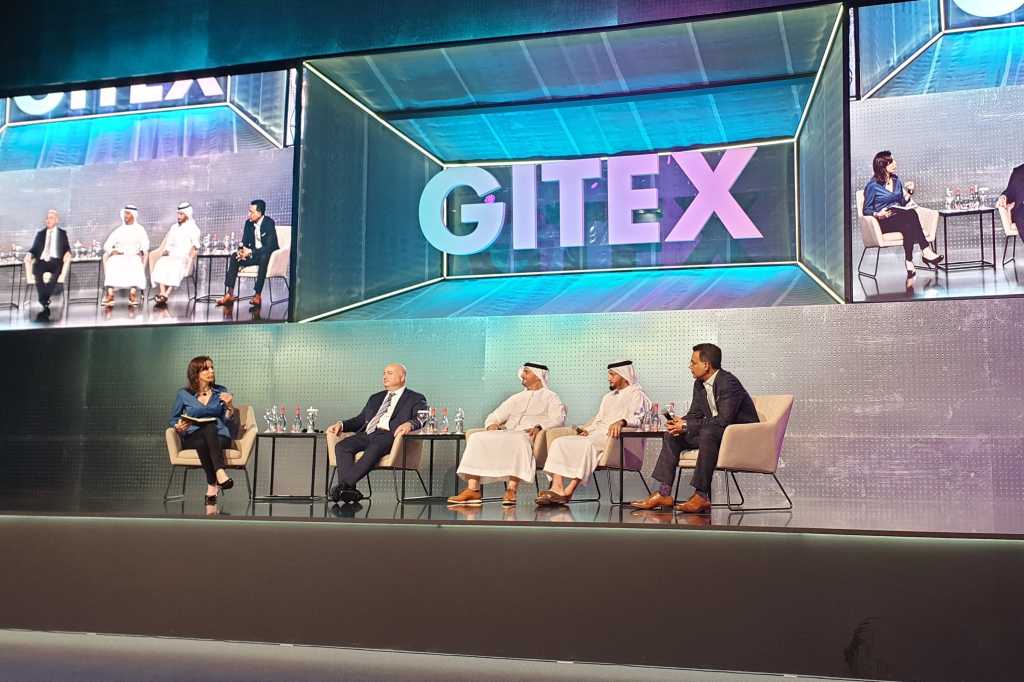 Speaking at the GITEX technology conference in Dubai, telecommunications industry leaders tackled the topic of trust in Huawei’s 5G technology, which has caused security concerns in the U.S. and other countries.

The telecom executives participated at a GITEX panel session, “Battleground 5G – What is at stake and what will it take to win?” yesterday. Huawei weighed in during the session, urging attendees to have faith in the telecom providers.

“Every single time I hear that countries or somebody [are] like, ‘Wow 5G is not secure, we’re going to lose whatever, everything is going to be attacked’, I feel like we insult operators,” said Mohamed Madkour, vice president of Global Wireless Networks Marketing and Solutions at Huawei Technologies. “[Etisalat and du] have been doing a great job for 20 to 30 years without all of that concern — so what has changed? [Etisalat and du] know how to operate their network — they have been doing a great job in serving millions of customers.”

The U.S. government’s position is that Huawei’s close ties to the Chinese government, seen in light of China’s history of espionage against the U.S., suggests that the company’s products may be engineered to capture and leak data back to Beijing. Even though not all U.S. industry leaders and security experts agree with the position, the U.S. has placed restrictions on U.S. businesses’ dealings with Huawei and has urged other countries to do so as well.

“If you look at 5G as a technology, security has been embedded from day one when research and — after that — standardization started, as an inherent part of 5G,” said Fadi Pharaon, president for the Middle East and Africa at Ericsson. Nevertheless, there has been debate globally about managing risks potentially posed by the technology, he said.   “Governments [are] instituting centers for viewing the software code of 5G — could that help? Maybe, but the challenge is that software for 5G is going to be evolving quite rapidly. We’re living in a world of DevOps and continuous development; if every revision would need to be viewed fully, that would [impede] the progress.”

Huawei’s Madkour acknowledged that being concerned about security, in general, is valid given that 5G-powered smart cities of the Middle East will create hyperconnectivity between devices, creating targets for hackers. He said, however, that instead of hyping security concerns of 5G, discussion should focus on a sustainable 5G strategy that maximizes efficiency – energy, deployment, operational, equipment integration – at the lowest carbon footprint on the planet.

Meanwhile, competition among suppliers is a good thing, as it allows selection of the optimal technology for a given market, said Etisalat’s Bamatraf.

“We’ve been in the industry for quite some time and what we’ve seen over the years is that when the number of providers in any layer of the technology – whether its access, core, transport, Internet of Things — when the number of players and the number of suppliers is expanding or increase — it gives the right choice,” Bamatraf said. “[Service providers gain flexibility] to select the right use case. 5G might be delayed in some specific countries because the business case [is] not really viable. However, if there were other players that could supply the technology with a [cheaper] option, then this could accelerate the introduction of 5G [in those markets].”

Speaking to CIO Middle East after the panel, Bamatraf acknowledged the irony of his statements, given that both du and Etisalat operate as a government-controlled duopoly in the country, leaving no room for foreign telecom operators to enter the market. He added, though, that the supplier landscape in the region has undergone changes, noting that that there were seven access-network providers for radio stations a few years ago. Following some mergers and a few exits, the supplier market has shrunk.

As deployment and demand for 5G grows, competition should foster innovation in a variety of related areas, industry insiders said.  As the world moves toward 5G, the rise of indirect competitors becomes a growing reality, Ericsson’s Pharaon said. Providers of sensors, system integrators, and application developers are inherently creating a crowded space that spills over into innovation, he noted.

Huawei’s Madkour agreed, stating that 5G naturally expands the number of players in the form of software developers, chip-set industrialists, and solution integrators. Huawei needs competition in those areas, he said.

The telecom industry players agreed that the TRA would need to play a role in offering an operating framework.

“We are working to design an open standard that [results in] new players coming to [the region] to provide solutions and services,” said Bamatraf. “Hopefully, such kind of initiatives will benefit the entire industry — not just service providers.”