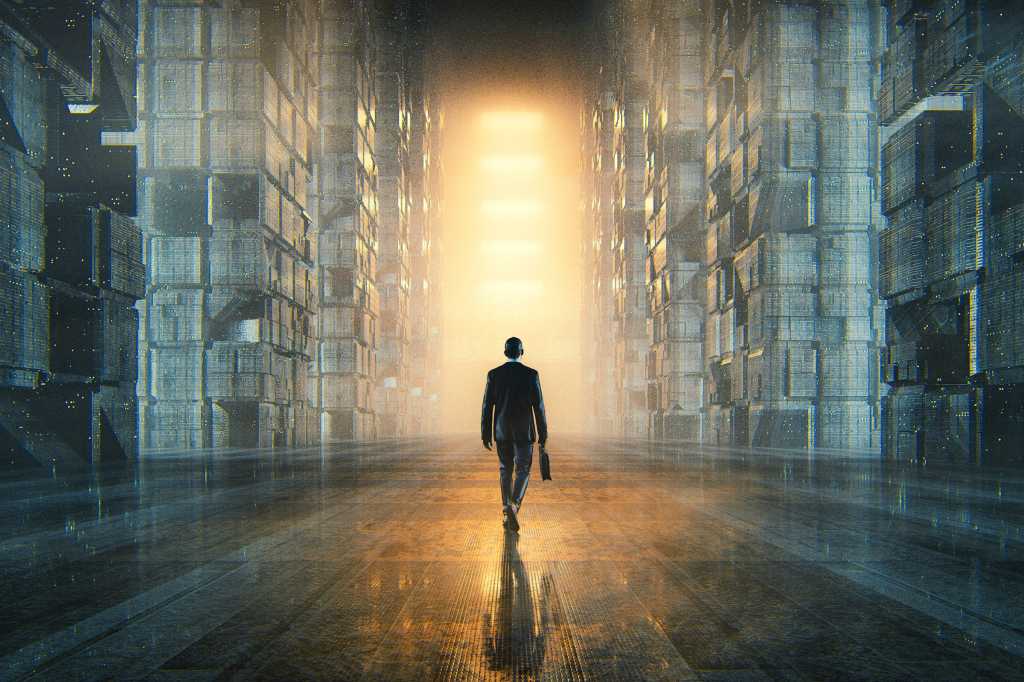 I remember talking with my marketing team in the summer of 2014 about IoT (Internet of Things) vs. IoE (Internet of Everything). Cisco had come out with IoE hoping to take the thought leadership lead from GE on the transformation known today as the Internet of Things. I was reminiscing on this during a recent lunch time run and asked myself the question I try to ask daily – “What have I been surprised to learn?”

For me learning surprises usually come in three categories. First, I am surprised because I have just never thought about the subject that way. As a physicist this was the experience when I first learned of Einstein’s Simple Theory of Relativity. Basically, a different Point-of-View on the matter can give one a whole different perspective on how it works. A pragmatic, everyday example of a POV learning is rather than just worrying about the cost-of-a-service visit, one considers the cost-of-uncertainty of the visit – of not knowing when the expense will occur.

My second type of surprise learning is when I have formed a thesis or conclusion on the data at hand and am then surprised when more complete data leads to a Better Understanding. Typically, this comes from using simple correlation but then when more data is considered some new variable has the causal effect on the problem at hand. A practical example here is when one moves from simple equipment runtime to operating temperature and RPMs for equipment maintenance considerations.

Finally, there’s Behavioral Insights when we are surprised by the way people or society act — typically in a way that seems illogical. Richard Thayer’s Nobel Prize for behavior economics has made this a science and his follow-on book “The Nudge” is a manual for those looking to help people help themselves. His thesis is a driving force of healthcare costs today – people do not always act in their own best interests. Why do companies deploy IoT devices without device management and Over-the-Air (OTA) update capability, for example. Isn’t it clear that software has to be maintained and rolling trucks on thousands of devices will turn success into financial failure?

So, with this bit of self-examination and a construct for “surprise learning” I pondered what I have learned about the Internet of Things over the past five years.

Surprise #1: If you hear “It’s too expensive,” just walk away

This is both a behavioral insight and point-of-view surprise. The surprise is that it’s good advice to a salesperson to just walk away from a customer complaining about cost. If you are working with a client or part of your organization who upon hearing about the cost of deploying an IoT solution says, “It’s too expensive,” you should just walk away. After 50 years of Moore’s Law nothing is expensive anymore. The return on an investment may not cover that cost, but that is a value problem, not a cost problem. If a customer cannot focus on value, solve an important operational or user problem, then no amount of “but look at what we can do with technology” is going to move the project forward. Walk away and find someone who has a good reason “why” they are on an IoT journey.

Surprise #2: Everyone talks a big game on security, but they still don’t really care

I have heard this one in several forms over the past five years. A recent example is the Capital One breach]. The analysis of the breach has focused on misconfiguration – a common cause of such events – and so the question is – “Will there be any consumer repercussions for Capital One?”  In 2016 I attended a thought leadership session on security in Palo Alto where a leading cybersecurity expert noted that the ideal time to buy a public company stock involved in a security breach was 3 months after the breach. That was the low point prior to full stock price recovery typically within 12 months!  He was a very experienced and serious security professional, but his analysis spoke the uncomfortable truth – people still didn’t care. The Marai virus is today still a threat because IoT devices are still produced with default credentials. Cheaper still wins over more secure in many IoT application spaces and with most customers.

Pundits continue to sound the alarm on manufacturer’s habits of producing IoT devices that are not secure, and governments are beginning to take action on their own. The problem is the Internet, and thus IoT, has no geographic borders and, further, those who follow good security tenants are not yet rewarded with high adoption and price.

The behavioral insight surprise is that poor security practices do not yet have dire market consequences to change manufacturer behavior, but the smart money is on the expectation that a reckoning is coming, and security best practices are the best protection.

Surprise #3: IIoT Product Management has not yet embraced usability

In 2014 the iPhone was already 8 years old and Apple had forever changed user expectations for ease-of-use in technology products. In early 2016 I co-authored a piece describing why design and usability are so important to IoT solutions.  I would have thought that by now all Product Managers and engineering development teams would understand the value and criticality of usability. “It works is what matters” doesn’t cut it when every use is a customer purchase decision and every user has expectations set by Apple. This is the nature of consumer smart phone apps and IoT applications alike. Many IoT solutions are sold business-to-business and unless they have no mobile component at all they will die in proof-of-concept (POC) hell if they are not intuitive and productive in the users’ hands.

IoT offerings must be integrated into workflows – user task lists. Poor user design can undermine security because users find easier paths when compliance counters productivity. What is surprising here is the fact that in the age and examples of Apple and Amazon PMs and developers have not embraced user research and user design. IoT products are still hard to install, hard to configure, and hard to service. Most IIoT solutions target or involve users who are not part of a customer’s IT team, yet the products often require IT expertise to install, use, and debug. The surprise is the lack of attention to IoT usability examples – both good, Nest, and bad, Quirky Home Automation.

Look for this POV learning, user-centric vs. technology-centric product development, to spread as IIoT product managers mature and come to understand the operational value of good user experience in deployment, maintenance, and workflow integration, i.e. commercialization.

Surprise #4: The passion for new hides the opportunity of the past

No question, the IoT is a “shiny new thing.”  Some will resist it as only that or even as the next fad. They will choose to compete in the same way with the same models because the model works, and they don’t need change for change’s sake. They will be followers.

Others will focus on the shiny new technology and automation potential in an attempt to drive new sales with new products. They strive to be early adopters. But customers chose new when they can’t win with what they have. They look for the fastest and cheapest way to get an edge, differentiation. The IoT is all about information, not equipment, so the focus has to be on “what information is personal and relevant” to your customer. Answering this question for customers delivers a digital service that they will buy repeatedly. For durable equipment manufacturers focus on information and the problems it can solve brings the organization immediately to the delivery of digital services on the installed base of customers.

The Industrial IoT (IIoT) is not as much about selling the newest product, but more about selling a better experience – most likely with the product customers already have. This is another POV surprise – look at serving and expanding relationships with existing customers vs. focusing exclusively capturing new ones or selling new products.

Surprise #5: Interoperability is a “white whale”

Almost from the beginning of the IoT interoperability has been a scapegoat for poor adoption. Wireless communication standards alone number in the dozens with ties to frequency, range, and application space. Shortly after IoT became a “thing” we started to see standards bodies show up promising uniformity for developers with names like “OneM2M” and Allseen Alliance. But here’s the reality, the surprise for most readers I believe. IoT interoperability is a “white whale” and if you are chasing it you are a “Captain Ahab.”

“The nice thing about standards is that you have so many to choose from” said Andrew Tanenbaum. This will be the persistent reality of IoT because there is such great diversity in both applications and technologies. One standard, at almost any level of the stack, will not optimize either operational or financial performance across the broad range of applications to with the IoT applies. We need multiple protocols, multiple radios, multiple communication types, etc., as shown in this figure from Quorvo.

But the beauty of the IoT is that it includes both edge computing and cloud computing in the solution stack and those compute layers enable us to use software to make hardware interoperable. IoT products should all have partitioned compute capability that enables system engineers to deploy both protocol translators and API’s that make systems and subsystems interoperable.

The takeaway here is like the “Walk away” surprise. If someone tells you that their IoT solution is failing or that a market is not emerging because of a lack of interoperability, then they do not fully understand how to use an IoT technology stack – they have the wrong Point-of-View on integration. Get a new team and stop chasing the “white whale.”

At some level I suppose one could say that any learning has a component of surprise. I view any learning as a step forward – unless of course it’s the second time I’ve learned that something. Hopefully others will find these discoveries to be of as much value as they have been for me as we endeavor to grow our businesses. I believe that these learnings are foundational now to how we should view both IoT developments and IoT businesses. As we build on these foundations we can look forward to learning from the commercial success and scale that the next half-decade of IoT development is sure to bring.