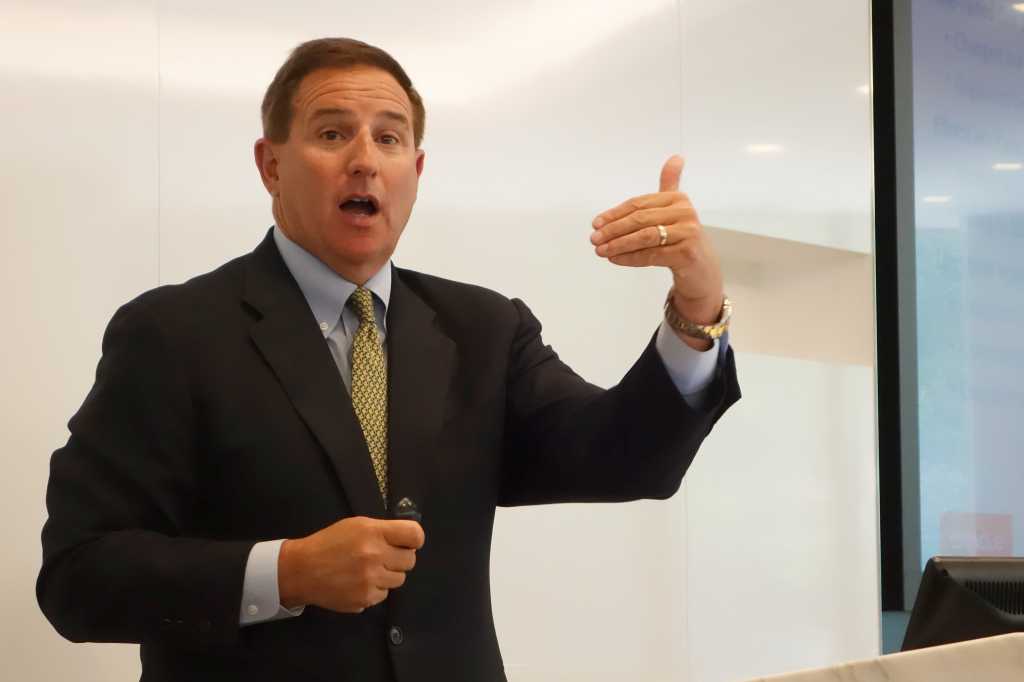 Oracle Co-CEO Mark V. Hurd has died at the age of 62. His death leaves the company in the hands of Co-CEO Safra Catz and the company’s founder, Executive Chairman and CTO Larry Ellison.

Hurd had served as co-CEO of Oracle for just over five years alongside Catz. The pair served as presidents of the company together for four years before being named co-CEOs in 2014 when Ellison stepped down from the CEO role.

On Sept. 11, Hurd announced he would take a leave of absence for health reasons.

“As you all know, Larry, Safra and I have worked together as a strong team, and I have great confidence that they and the entire executive management team will do a terrific job executing the exciting plans we will showcase at the upcoming OpenWorld. I love Oracle and wish you all success during my absence,” he wrote in a message to employees.

Hurd joined Oracle in 2010 after five years as CEO of Hewlett-Packard and, prior to that, 25 years at NCR.

During his tenure at HP, the company acquired PDA maker Palm, networking vendor 3Com and technology services company EDS — a $13.9 billion deal that made HP one of the world’s largest outsourcing businesses, just behind IBM.

Although he steered the company profitably through the 2008 financial crisis, his leadership at HP ended abruptly and ingloriously when he resigned following allegations that he had sexually harassed an HP contractor. An investigation by the company’s outside legal counsel and its General Counsel’s Office determined there was no violation of HP’s sexual harassment policy, but did find violations of its Standards of Business Conduct.

Ellison came to Hurd’s defense, criticizing what he called the HP board’s “cowardly corporate political correctness.” He also wrote to the New York Times, saying HP had made “the worst personnel decision since the idiots on the Apple board fired Steve Jobs many years ago.”

Barely a month later, Ellison hired Hurd as president of Oracle alongside Safra Catz, replacing Charles Phillips who had been rumored to be on his way out.

Once at Oracle, Hurd took on responsibility for the company’s sales and support operations.

“He restarted a program to bring younger sales professionals into the organization, and he was instrumental in helping to evangelize cloud apps and cloud infrastructure to customers,” says Wang.

At conferences such as the company’s OpenWorld, Wang remembers, “His trademark keynotes had the Starbucks in one hand and him off the stage engaged with the crowd.”

Hurd’s responsibilities at Oracle before he stepped down included corporate direction and strategy, including its consulting, sales, marketing and support activities. He also supervised business units for verticals such as financial services, health sciences, telecommunications, and utilities.

Outside of work, he was vice chair of Board of Regents at his alma mater, Baylor University.