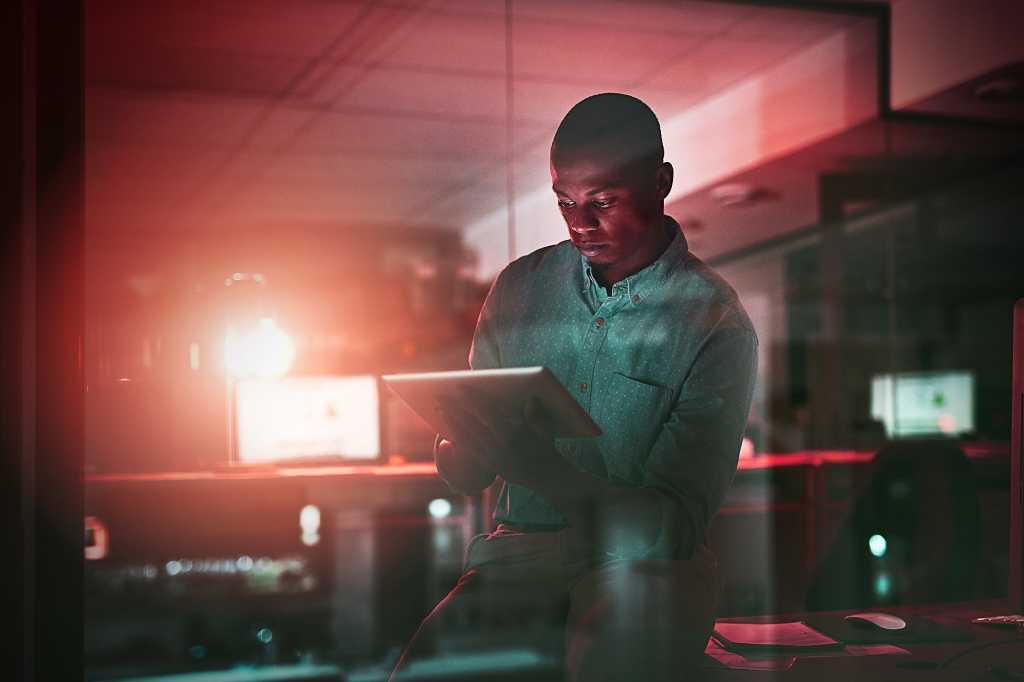 Now that more African businesses are moving to the cloud to provide new services  and open up new revenue opportunities, the issue of trust is coming to the fore for technology executives on the continent.

For a prime example from Africa of what happens to a business when trust is broken, take the case of KPMG South Africa, which has had a difficult 18 months.

In 2018, the audit, tax and advisory firm was linked to political corruption that helped private interests to influence the South African government’s decision-making. And the revelations about their involvement saw a number of senior employees, and several clients, jumping ship. “Our on-going task is to re-establish trust of the SA business community and society,” said KPMG’s new CEO, Ignatius Sehoole, at a conference earlier this year. The task is sure to be an uphill battle.

KPMG’s questionable partnerships, coupled with several other scandals, have seen the financial services industry once again being ranked as the least trusted sector, according to the annual Edelman Trust Barometer, which has measured trust in business, NGOs, government and the media for close to two decades.

But that doesn’t mean that the globe’s technology bigwigs have a clear track record. In fact, “techlash” took the runner up spot in 2018 Oxford Dictionary search for word of the year. A techlash is defined as the “strong and widespread negative reaction to the growing power and influence that large technology companies hold”. From large-scale data breaches and the rise of fake news to the Facebook/Cambridge Analytica scandal – where a personality-quiz app collected personal data not only of users who took the quiz but their friends as well —  trust remains a challenge for the world’s tech elite.

As African enterprises ramp up their online business, tech executives on the continent are also going to confront the issue of customer trust.  To gauge the move to the cloud in Africa, consider that annual cloud services revenue is forecast to double during 2018-2023 to nearly US$3.8 billion, according to Xalam Analytics.

“While trust in tech is not in crisis, it’s clear the sector is at an inflection point, and if left unaddressed, this lack of trust could negatively impact the future of innovation and positive transformations enabled by tech. Companies need to respond proactively today to avoid problems tomorrow,” said Edelman.

Customer experience plays a key role in rebuilding trust if you’ve lost it and maintaining trust once you’ve earned it.

Recently, many well-known brands have struggled to keep up with changes in customer expectations. In some cases, these organisations no longer play a part in today’s economy, said Brandon Meszaros, CEO of CXG, a customer experience consultancy and services firm.

CIOs and IT teams are often tasked with delivering memorable, positive experiences. Doing so demands that they leverage customer data to create products that are intuitive and reliable. It also demands that employees get involved, Meszaros said. CIOs can deploy the best solutions but it is also up to employees to deliver on the service aspect of the experience, and help deliver a customer experience that fosters trust and loyalty.

Until recently, African consumers have been starved when it comes to choice, claims Ailsa Wingfield, the Johannesburg-based director of Nielsen Global Markets: Intelligence. “I would argue that what we thought was ‘brand loyalty’ was actually just availability based buying.” African consumers bought from a specific brand not because they were loyal to that brand but because there were no other options, she asserts. But this is changing as African enterprises increasingly do business online.

Competition is on the increase and gaining a share of consumer wallets has never been tougher, Wingfield said. As mobile and online services open up new possibilities for African consumers, CIOs need to help businesses come up with tech-enabled strategies to speak to, and target, increasingly discerning customers and grow a loyal customer base.

Even though many African economies are experiencing a decline in growth, populations are increasing and urbanisation is on the up. What does this mean for businesses looking to tap in to the opportunities that exist? Earning trust in Africa is not about “Westernising”, it’s about modernising in the context of the African business and the African consumer, Wingfield said.

For example, African women are still bearing most of the responsibility in the home but they’re also starting businesses, entering the workforce and controlling 75% of household spend. Imagine how you could drive customer loyalty if you created tools and technologies that helped these women to manage their responsibilities and cope with all the different hats they now have to wear, Wingfield said. And this is just one slice of the African market.

According to Johan Walters, a managing consultant at DQ&A based in Cape Town, business leaders must remember that transparency is a key factor in earning trust. Customers are more inclined to support a brand if it feels like they are being honest and they’re not trying to hide anything in order to secure sales. Similarly, customers are happy to trade their data for experiences if they believe that the data they are offering will be used as intended and it is treated with respect, Walters added, noting that  they’re also more willing to do so if they’re given the freedom to opt in or out when they see fit.

For example, Facebook and Apple are increasingly pushing alerts to users detailing which third party apps that are accessing their information. “How our data is used can often be hidden behind the Ts&Cs [terms and conditions]. Making these services a bit like a big black box that we use but we don’t really understand. Regaining trust is about removing the smoke and mirrors and being upfront with consumers,” Walters said.

If customers are giving brands their information in exchange for customisation and personalisation, CIOs need to be transparent about how the information is being used, adds Walters. They also need to employ the right tools and technologies to make effective use of this information and create contextual experience that foster trust.

CIOs can learn lessons about trust from Sérgio Cosme, a legend in the big wave surfing community, said Medford Torr, head UX specialist at Ringier One Africa Media (ROAM). That’s not because of Cosme’s surfing talents but because of his ability to keep surfers safe. A jet ski driver at Praia do Norte beach in Portugal, Cosme has just 15 seconds to rescue fallen surfers before they are hit by waves that are around 10-storeys-high and can weigh as much as 10 tons.

“Sergio Cosme trades on trust,” said Torr. Businesses can learn a lot from him. He earns trust by developing a relationship with his “customers”, sharing his knowledge and expertise, taking the time to learn about each surfer’s needs and communicating with them timely and with precision.

It all starts with a first impression. Cosme may look like a surfer and he might act like a surfer but when he’s out on his jet ski he acts with the professionalism and precision of a fighter pilot, said Torr. His first impression makes the surfers he works with feel comfortable and his incredible ability to do his job is what solidifies their trust. In business, this is where technology can be a hindrance and a help. If the first interaction a customer has with a brand is via a chat bot on a website, it’s important that this virtual assistant delivers a compelling user experience and provides the desired results.

“I, personally, have never been delighted by a machine,” said Marije Gould, VP of marketing for EMEA at Verint Systems, an analytics company that provides products for customer engagement. This doesn’t mean that machines can’t address a customer’s issue or solve their problem but machines will only do what they’re programmed to do, she said:  “No more. No less.” For Gould, earning trust comes down to using machines to complement people. It is not about replacing people with machines.

Customers trust human interactions more than “self-help” interactions/channels. Acknowledging that these channels has revolutionised how businesses function. African customers prefer to interact with real people when they need help, said Sarina de Beer, managing director of Ask Afrika. Proof of these customer preferences can be seen by looking a buying behaviour. For example, in South Africa, online retail may be hitting the mainstream but it still only amounts to around 2% of total retail sales in the region.

And according to the Harvard Business Review, wealthy Africans are hesitant about shopping online because they are fearful about fraud, and the more spendthrift consumers lack the cash and access to actively participate in the digital economy. Consequently, self-service channels must be humanised in order to complement human engagement and should not be viewed as an enhancement to customer service, not a replacement, de Beer said. Trust and reputation are the biggest drivers of customer loyalty. “Brands can win over a customer’s trust by building an authentic relationship with them,” said de Beer. Before deciding how to engage with someone, businesses need to put themselves in the consumers’ shoes.

“There really is no secret sauce for earning trust,” ROAM’s Torr said. CIOs and IT teams need to just try and try again. “Once you’ve developed a product, your job isn’t over. You need to test and talk to your users because as they people using your product you’ll find value in what they have to say.”