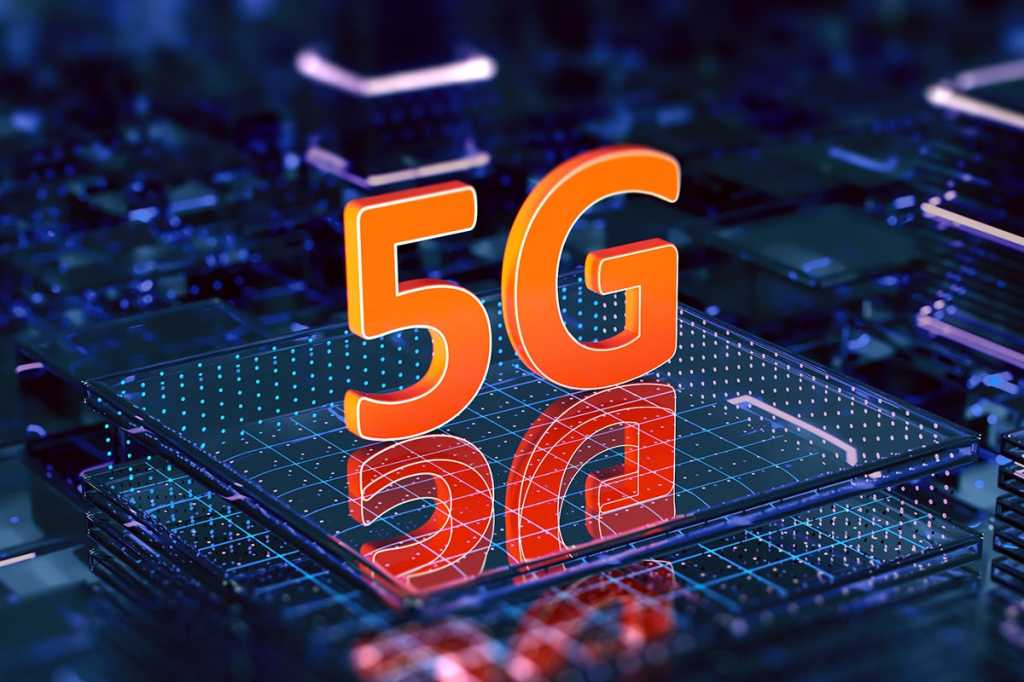 The Middle East and North Africa (MENA) is gearing up for 5G more quickly than other regions globally, and while technology executives should start thinking about the new business models that super-fast mobile connectivity can enable, they will also face security and investment challenges.

The region is expected to be amongst the first in the world to launch commercial 5G networks, according to the GSMA, the mobile operator trade association. A new GSMA study predicts that there will be more than 50 million 5G connections across the MENA region by 2025, with 5G networks covering approximately 30 per cent of the region’s population by that time.

The report also highlights how mobile broadband (3G/4G) networks account for about half of total mobile connections in the MENA region today and are forecast to increase to 70 per cent of the total by the end of the second decade.

“With rising mobile broadband adoption, growing subscriber numbers and increasing smartphone use, mobile is having an incredible impact across this diverse region, ushering in an era of innovative tech startups and new mobile services, as well as helping to connect the unconnected,” said Mats Granryd, the GSMA’s director general, in the report.

5G is essentially a blanket term for an array of standards and technologies that, depending on the service provider and application, have the potential of providing transmission speeds up to 20 times faster than 4G. It’s expected to enable a new era of the Internet of Things (IoT), with an increasing number of industrial and consumer devices becoming connected wirelessly into an “Internet of Everything”  offering not only lower latency for users, but lower power consumption.

While most network evolutions have been driven by consumer trends, 5G is expected to lead to as much as US$11 trillion productivity gains for industry globally and allow for new participants in various industries including transportation, energy, manufacturing, education and healthcare, facilitating evolution and even disruptive transformation of traditional business models.

The Gulf Cooperation Council (GCC) states will be amongst the first in the world to launch commercial 5G networks. High 4G adoption rates and government support are helping leading operators to challenge both North American and Asian operators in driving 5G development. Both Etisalat and Ooredoo are already undertaking live 5G trials on speed, equipment, latency and beam steering (for signal distance), with commercial launches expected in 2020.

The early launches are expected to be based on 3GPP Release 15 — allowing for dynamically configurable networks — and deployed in dense urban areas as mobile operators look to offer increased performance and supplement existing mobile broadband capacity. Further enhancements will be made with 3GPP Release 16, including the development of massive IoT and critical communication services, the report said.

Bahraini Batelco, which was the first telecom provider in Bahrain to launch a commercial 5G network three months ago, will make the service available in Amwaj and Reef Island initially and will gradually roll it out in more areas throughout the Kingdom depending on customer demand and requirements, according to Abderrahmane Mounir, Commercial – Enterprise chief at Batelco. Batelco signed a deal with long-term partner Ericsson in April to commercially deploy 5G network technology over three years.

Batelco has more than 20% of the country covered in 5G, Mounir said, on the sidelines of the Gitex exhibition in Dubai earlier this month.

Users do not have much choice in devices, Mounir noted. “The number of [mobile] devices is very limited and expensive, as is the home broadband. So we are hoping that this quarter and next quarter once the likes of Samsung, Apple, LG release 5G then we will see huge adoption, you will see 5G exploding,” Mounir said.

Mass adoption of 5G will likely not occur for another five years, Mounir said, adding that it took seven years after the launch of 4G in 2013 for that technology to equal 80% of the service provider’s traffic.

The adoption of the 5G technology is expected to benefit government and private organizations and clients alike.

“Now all government and private sector services are on mobile apps and we all are using mobile apps,” said Yasser Nasser Alhosani, IT director of Abu Dhabi Securities and Commodities Authority, an independent agency that monitors and supervives financial markets and reports to the Economy minister.

Some services require more bandwidth than others, and the fast speeds of 5G will pave the way for overall increased usage, Alhosani noted. “The clients will observe that the service is faster and more efficient and will be motivated to use these services,” Alhosani said.

There are various ways that 5G achieves network efficiencies over prior generations of mobile technology, including adjusting the upload-download speed ratio to handle streaming and other, different content.

“You can play with the upload download ratios thanks to a dynamic allocation of the frequency [that comes with 5G],” Batelco’s Mounir said.

5G will have broad impact across industries

The tremendous speed of 5G data delivery is expected to bring vital changes to almost all sectors of the economy, enabling applications including real-time, remote surgery, cloud-assisted autonomous vehicles, and touch-sensitive VR.

“I think 5G will have a significant effect on all industries but it is too early to say what that effect will be because of the drastic opportunities this technology offers when it comes to healthcare, transportation, virtual reality that we are seeing today,” said Ammar Al Malik, director of Dubai Internet City (DIC).

“5G is a fundamental change in a lot of things because it has an effect on infrastructure, it has an effect on transportation,” Al Malik said, adding that the way the technology is adopted will depend as much on the consumer as it does on large enterprises.

While enterprises in areas like finance, communications and tech have digitalized and made productivity gains since the advent of the internet, companies in industry verticals like utilities, mining, agriculture and transportation have only started to do so.

“The new technology is also expected to transform aging old obsolete industries and drive them to the next generation of digitization,” said Ahmed Ijaz, Principal Strategy Consultant for Ericsson. “For example, self-driving cars and smart public transportation have a big role to play in increasing road safety in many countries in the Gulf, especially in Saudi Arabia where so many road fatalities happening every year.”

There is, however, concern about 5G security, especially since the mobile technology will fuel development of smart cities and related technology such as IoT. The Middle East is on the vanguard globally of smart city development, and hacking of IoT infrastructure networks underlying smart cities could mean nightmares for their residents.

“If you look at the 5G, all the security measures are there whether it is data privacy or resilient networks” Mounir said. “There are some very strong security protocols in the 5G.”

Operators, government agencies and enterprises need to be wary though, since historically security loopholes have been found in many technologies, Ericsson’s Ijaz said. Like any other technology, there is potential for abuse of 5G.

“It is very important for any organization that employs this technology to look at its implementation from how it will be used at each point in the journey of its life cycle, what kind of loopholes and problems it exposes and you make sure preemptively that you address those problems,” Ijaz said. “That’s why it’s almost a cliché with Internet of Things – security has to be a prethought and not an afterthought.”

The automation enabled by 5G is also causing insecurity about whether the technology will drive a loss in jobs and cause unemployment, Ijaz said. Regulators, policy makers and government have a role to play to see how societies and industries are being transformed, what kind of jobs are replaced by automation, and how human capital can be redeployed. “People have to be retooled and reestablished for this new digital age,” Ijaz said.

5G spurs cost concerns and ways to deal with them

The main challenge in providing 5G coverage is the expense of upgrading networks to run the new service. Mass deployment requires denser arrays of masts and small cells to deliver data-intensive services, as well as the laying of fiber-optic cable to boost speed and achieve the low latency needed by consumer applications such as online gaming as well safety services for self-driving cars, Mounir said.

Operators will need more towers, small cells and “maybe mobile sites pretty much everywhere,” Mounir said. “5G will not be a contiguous network, it will be probably a hotspot for instance in places such as the World Trade Center because there are a lot of users there.  All this will need a lot of investments,” he explained.

According to Deloitte, global investment into the 5G industrial chain during 2020-2035 is likely to reach about $3.5 trillion, to which China may contribute 30 per cent. Meanwhile, over $12 trillion sales are expected to be generated by global industry applications driven by 5G technology.

Ultimately, though, costs should stay under control for end users. With 5G networks, users will consume much more data but the cost per megabyte will go down, Mounir noted.

And though 5G rollout will be expensive, the technology will enable new revenue streams for enterprises and operators alike.

For operators themselves, the estimated potential revenue increase is predicted to range from $15.18 billion to $45.91 billion by 2030 should they adapt their business model to become service enablers and creators, according to Ericsson.

However, some industry experts urged caution. Mario Meir-Huber, Head of Big Data, Analytics & AI CoE – A1 Telekom Austria, warned against hasty decisions to implement 5G without any real need for it. He predicted that many enterprises adopt  5G technology even without knowing to what to do with it just to follow the trend.

“I see so many people jumping on the bandwagon of doing stuff just because it’s trendy without clearly having in mind what they want to achieve with it,” Meir-Huber said. Ultimately, if an enterprise spends money on initiatives primarily to meant to research applications, these kind of projects should be clearly labeled as such, he suggested, and have business goals in mind.