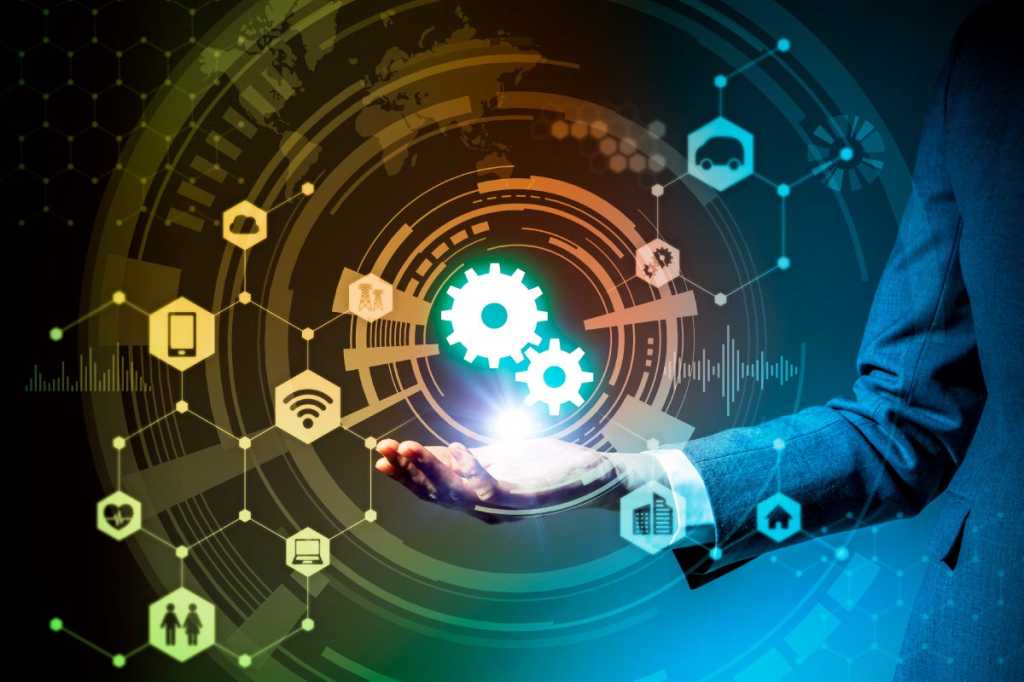 While the internet of things (IoT) continues to draw praise for its promise to reinvent such areas as supply chain management and the connected home, a more quiet revolution may be brewing, as companies are already experimenting with IoT devices to improve the productivity, efficiency and security of internal IT operations.

IoT market projections are bullish, and the enterprise segment is no exception, as Bain & Co. estimates enterprise IoT spending to surpass $520 billion by 2021, more than double the $235 billion spent in 2017. According to Bain, enterprises are running more proofs of concept now than two years ago, and more organizations are considering new use cases as well — 60 percent in 2018 compared with less than 40 percent in 2016.

[
Beware the 9 warning signs of bad IT architecture and see why these 10 old-school IT principles still rule.  | Sign up for CIO newsletters.
]
[ Learn how to develop an internet of things strategy and follow the advice in these 10 internet of things success stories. | Get the latest insights by signing up for our CIO daily newsletter. ]

And that’s just sanctioned IoT use. According to Infobox research, a third of all companies have more than 1,000 “shadow IoT” devices on their networks that employees bring in on their own. For example, 47 percent of companies already have digital assistants in the workplace, such as Amazon Alexa and Google Home, and 46 percent have smart TVs.

Logistics, manufacturing and health care may get much of the attention when it comes to enterprise use of IoT, but IT is also benefiting from the technology, and adoption is expected to grow. Here is a look at how some IT departments are putting IoT to work.

Two years ago, Google announced that it was using data collected by thousands of sensors in the data center to improve energy efficiency. Applying machine learning algorithms enabled the company to reduce the energy needed for cooling by 40 percent.

Since then, Google has been using the technology to automate data center cooling controls — under human supervision — resulting in an average energy savings of 30 percent, with further improvements expected as the systems get better with more data.

Many other companies can benefit from something similar, says Gartner analyst Mark Hung.

“A lot of these network-enabled sensors have been there all along,” he says. “It’s just that IT has not taken advantage of the data coming from those sensors to improve performance.”

Most enterprises are leveraging all this data the way that Google and Amazon are. “But they’re moving in that direction,” he says. “It’s definitely top of mind.”

Predictive maintenance is associated mainly with manufacturing applications, but it has a place in the data center, as well. Take, for example, hard drive read-write heads.

“How many times does that head go up and down?” says Hung. “That data is actually available, but until recently, nobody has used that to create a predictive maintenance model for hard drive failures.”

There are a number of environmental conditions that, if not detected, can impact IT operations. IoT can help IT manage that chaos, says Karen Panetta, IEEE fellow and dean of graduate engineering at Tufts University.

“Smart sensors are becoming so advanced that they can monitor each individual machine’s power consumption,” she says.

Then, machine learning, when applied to this data and other inputs, can help predict whether a server is about to go down, so that its workload can be reallocated while it’s taken offline and replaced.

“IoT is the magic behind the curtain that has played a prominent role in ensuring data warehouses stay alive,” she says.

The smart card reader on the door to the server room is one of the most common — and oldest — uses of IoT technology in IT.

“We use them not just for access to secure rooms, but also for things like printing,” says Kayne McGladrey, IEEE member and director of security and IT at Pensar Development, a Seattle-based engineering firm.

He declined to give specifics about what security technology the company has in place — “that would be a security risk” — but says it includes biometrics. Biometric scanners can be connected to a central repository of identity data, to give very granular control about access rights.

“This is very powerful and better than the traditional way of securing server rooms,” he says.

Old-school keys can get lost, or be shared by employees. “And digits on numeric keypads wear down, and you can see which keys have been touched the most,” McGladrey says.

A phone or smart watch with near field communication (NFC) capabilities — the same tech used to pay with a tap at checkout registers — can also be used for authentication, says McGladrey.

Pensar allows this use of devices for authentication, via NFC or similar mechanism, but again could not provide specifics for security reasons. As the number of smart wearable devices proliferates, McGladrey expects this to become more common, as wearables have a particular benefit for authentication, making it both easier and more reliable.

“I can use my phone as an IoT endpoint, allowing me to have faster access to my data,” says Matt Short, senior director for the IoT at IHS Markit.

Privileged users in particular, who have access to enterprise networks, hardware, and data, need extra attention when it comes to security. Traditional approaches, such as passwords and special access cards or tokens, are either difficult to use, insecure, or both.

Smartphones and smartwatches are always on the employee and don’t require any additional effort. Plus, if someone loses their phone, they notice it instantly.

“That helps increase your security,” says Short. “Companies need to make sure that the network is secure, and IoT can enhance that.”

Smartphone authentication can also be used to unlock desktop computers, to sign in to sensitive applications, or even activate a printer.

Some IoT devices as so small that they can slip in under the radar. Take, for example, a smart tag on the bathroom door key that’s always getting lost.

“That’s a really great use case,” says IDC’s Dickson. “The admin is tired of losing the key, so they just go out and buy a tag and put it on the key.”

And once the lightbulb clicks, ideas for making use of consumer IoT tech will only grow. “It’s a groundswell kind of usage,” he says.

Take smart speakers and other smart devices, for example, such as the new Portal video calling device from Facebook. Not only do these devices require internet connectivity to work, which by itself is a potential security concern, but they also can be activated inadvertently and pick up conversations that shouldn’t be recorded.

“Alexa and Google Assistant are constantly listening,” he says. “The conversations are uploaded to the cloud and you don’t have any control of how it’s being used.”

But while companies may be very conscious of the security implications of IoT devices, that doesn’t mean employees won’t bring them in.

“I’m sure it will be a problem,” Schallehn says. “We’ve seen these behaviors with the use of personal email, and with Dropbox and Box instead of the cumbersome company file sharing. That’s just human behavior. That’s a problem that’s coming towards us that’s a little underestimated and will get worse before it gets better.”

IT employees can benefit from AI-powered virtual assistants just as much as other employees.

“The human-machine interface is changing,” says IHS Markit’s Short. “Everything is going to start looking like a digital assistant.”

As IoT devices in the office become ubiquitous and smart, the physical environment can start to predict employee needs and take care of them before even asked. As a very simple example, an access control mechanism could connect to a smart device worn by employees and automatically open the door when they walk up to it.

“We call it ambient computing,” says IDC’s Dickson. “That is where AI is going to be an enabler.”

IT employees have the technical savvy to build their own gadgets, which may soon introduce a wave of DIY IoT into the IT workplace. For example, Chicago-based consulting firm SPR has a traffic light in the office to signal its agile software developers about the status of their work.

“We took a real traffic light that we bought on eBay and tore apart and rebuilt and made it IoT-enabled,” says SPR’s CTO Matthew Mead. “We hooked it up to our continuous delivery system, a popular way to do a lot of automation around software development, including automated testing.”

The light turns green when all the software complies properly, all dependencies are in place, and all the tests are passed.

“It’s crazy to see,” he says. “But it can give you a sense of the health of the software. If it’s in the middle of doing a compilation, it would turn yellow, to show that things are in progress. And red would be for any issues or errors happening in the source code from a build or testing perspective.”

The developers already have all this information, in much greater detail, on their phone or computer screens.

“But this physical indicator is a mechanism to really pull the team together,” he says.

SPR has a conference room reservation system, but reservations don’t always mean a given room is actually in use. So, to avoid having staff run around the building, checking for empty rooms for an impromptu meeting, SPR has installed IoT devices that recognize whether the room is occupied.

“It is a motion detector at its core,” Mead says. “It’s then tied together with scheduling and other things.”

There’s technology available to measure phone signals or see in infrared to tell how many people are in a room, or use RFID to identify the individual occupants. “At the moment, we don’t have plans to implement these further features,” says Mead. “It turns out that we didn’t need it.”

“It’s very common for IT companies to have some kind of bar area for use after hours,” Mead says. “So, just because we can, we have, over time, instrumented and created various IoT systems for our kegerator. The latest system is a custom IoT device that monitors the temperature and flow of liquid out of keg, so we know how much beer is left.”

The kegerator is also hooked up to Alexa, so developers can walk up to the fridge and ask.

“Of course, you can just open the door,” Mead says. “It’s not something we can’t live without, to be totally honest.”