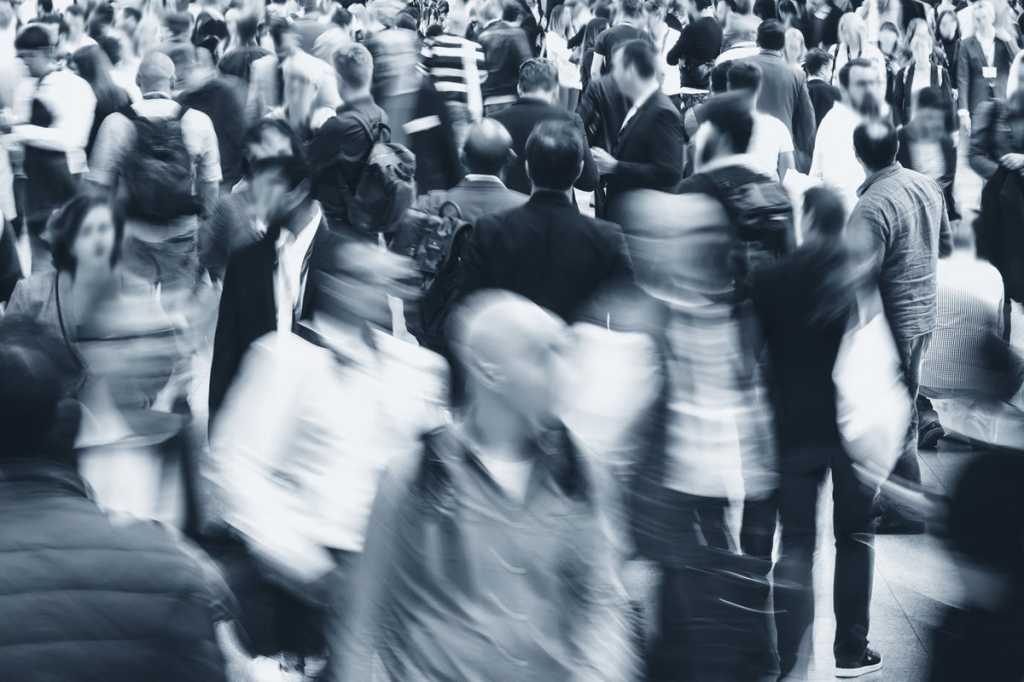 Change at a workplace is hard and often comes with improvements and challenges which cannot be ignored. Change can be a struggle for employees who often need time to gradually adapt themselves to it, rather than feeling forced into it. Even minor changes, for example, changing your company’s choice of internal messaging app may spark a crossfire, let alone discussions surrounding diversity.

If you’re an entrepreneur, you may want to follow the latest trends from time to time to keep up with the competition. But to be a true leader, you also need to account for everyone: to be responsible for the satisfaction of every single member of your team – to be aware of their needs and concerns, as much as practically possible.

When chants of diversity and inclusion reverberate down the organizational hierarchy, they are met with mixed reactions and sometimes even dead silence, no matter how much we deny it. Some employees celebrate it as a positive step towards creating a ‘fairer’ and inclusive workplace, whereas in other groups, it may be perceived as an unnecessary optics booster which lowers the hiring bar.

Rest assured, I’m not going to ask you to answer the million-dollar (lawsuit) question: “If Jack and Jill both performed exceptionally well during an interview, and are equally qualified, who should get the job for a single vacancy?” Either way, it’s hard to win.

Much thought and focus are being put into taking by force, a traditionally “straight, white, cis-male”-dominated workforce and transforming it into a ‘diverse’ one. But little consideration goes into the cultural implications of such changes which impact the majority of employees in an existing workforce.

We cannot work towards diversity and inclusion for all while working against it. Diversity comes with advantages and disadvantages and the key is to leverage the advantages while being aware of the challenges. If not approached carefully, the implementation can often alienate the vast majority of an IT workforce which may be disruptive, and ultimately hinder productivity and collaboration.

We want to promote diversity while minimizing any friction or disruptions it may generate. IT managers and executives who are negligent while implementing diversity, could find themselves sending out the wrong message which may in turn work against diversity.

These simple tips when adopted by managers and employees help foster a diverse, respectful and productive workplace, without taxing the existing employees.

It often comes across as superficial and is even offensive to diverse people like me. If hiring people for or against their physical characteristics is forbidden and frowned upon, what even is diversity hiring in essence?

Every time I’m contacted by a recruiting manager whose title reads “Diversity & Inclusion Specialist,” I voluntarily pass on the opportunity by either thanking the recruiter and politely declining or ignoring the message altogether. No one should ever be denied equal opportunity, but meritocracy comes first. To explicitly hunt for diverse people, gives off a controversial message.

In some cases, imperfect implementation of diversity efforts for inclusion’s sake has even led to ‘disrespect’ for the very groups, in case of Marine Corps for example. If, in this case, there does exist an easy answer that suggests, the reason for lowering the fitness standards could have to do with “men and women being different in their physical strengths,” don’t be fooled: not all feminists agree on the premise either. The point of these contrasting examples is to demonstrate how this move opens up room for controversy on either side.

2. Don’t be subjective about equality

Equality and fairness should be objective for all: even the seemingly-privileged. In some workplaces the problem lies with employees and managers making casually sexist or tangentially racist remarks without realizing so due to their inherent biases. IT managers and HR teams have been getting quick to identify and address such instances before they even occur.

In other workplaces however, team members feel justified in making jokes at the expense of quasi-privileged groups, such as straight white males or Christian employees. This is an equally serious problem. Even though at its face value, such a scenario may appear innocuous and playful, from an objective standpoint it does very much target a group of individuals and therefore should be avoided.

Keep in mind not everyone may be vocal about their opinions and may often play along with the crowd in good humor, but that does not necessarily imply their endorsement of such a sense of humor, or that they aren’t offended by it. It is discriminatory from an objective standpoint.

At different workplaces, time and time again I have noticed colleagues making casual comments targeting a political candidate or group at the opening of a business meeting. They often don’t have malicious intentions and don’t want to make anyone uncomfortable. They may unconsciously assume that a “Trump” or a “Clinton” supporter is somewhere out there, but these assumptions can be misleading.

I assure you when it comes to politics, people are very diversely unpredictable. Very likely, a significant majority of your teammates may lean politically either way despite demonstrating no obvious signs which would otherwise hint to their political affiliation. Unless you know everyone at a very personal level, which is unlikely, it is for the best if presumptions and discussions surrounding politics are kept out.

Presumptions also go beyond politics: don’t assume because someone is Asian, they would be eating Asian food or vice-versa. You may be left surprised, if not disappointed.

We are all adults and cannot control who someone picks as their friend, foe and a mere acquaintance. In recent times however, technology companies are adopting more of an experimental, university-style model by letting employees form special interest groups, such as “Women in IT,” “LGBTQ Inclusion Forum,” etc. The advantage of housing these efforts is that they may help create ‘safe spaces’ even in the business world and in ‘marketing diversity’ for hiring purposes.

An undeniable obvious disadvantage is that such efforts often come across as divisive, counterproductive and even ‘alienating’ to the vast majority who may already be for diversity to begin with. A rhetorical question that follows is, “where does it stop?” If the purpose of diversity is inclusion for everyone in a team, a clique does just the opposite by subtly suggesting exclusivity.

If we could have one group for every individual who is different and diverse, we would end up with 8 billion “cliques” of one. Your IT team is now no longer “a team” who work together, with each other. The message of uniformity gets somewhat distorted leaving some confused. In case of toxic workplaces, cliques may even evolve into employees working against each other to some extent.

Our goal should be to have employees from different backgrounds and experiences to naturally ‘blend in’ and for everyone to feel comfortable expressing themselves spontaneously as we undergo a cultural transformation. Pushing an agenda can be detrimental to achieving this very effect.

There is a time and place for activism and a workplace is neither no matter how confident a CEO or some employees of the team may be in the righteousness of their beliefs. At the end of the day, all viewpoints are individualistic opinions.

For example, it may be tempting to correct each other in using more so-called inclusive nouns such as “person-power” as opposed to “manpower,” or “salesperson” as opposed to “saleswoman,” but too much pedantry can often be disruptive and even infuriating even if otherwise endorsed by HR. Mutual respect is an essential ingredient of high-performing teams.

Pedantry on the other hand is analogous to repeatedly correcting an immigrant’s pronunciation of a certain word despite being aware that they come from a different background and aren’t purposely pronouncing something “incorrectly.” We don’t want to be so punitive that the employees are compelled to rethink before uttering even the slightest sentence or a novel idea, which may have no relation to gender studies to begin with.

The bright side is, you can embrace your own style without pushing it on others. You can be pro-diversity, without being anti-anyone. You can use more inclusive nouns and pronouns even if others don’t see a need to.

We are aware of the unfortunate events that took place at Google which left parties divided: the workforce and the public alike. To be specific, “a Harvard-Harris Poll survey showed that 55% of those polled said Google was wrong to fire Damore, including 61% of Republicans, 56% of independents and 50% of Democrats.” If a management decision at your organization warrants hosting “open discussion” forums on touchy subjects, then one must be prepared to open an unsavory can of worms along with it.

A safer route of course, is to evade the risky territory: to avoid discussions at work deemed even tangentially political altogether. For example, a casual discussion on benefits like maternity leave, recently dubbed “family or parental leave,” may be met with opposing views – employees surely desire it, but employers have to pay for it. If a discussion comes up about promoting diversity, expect a handful of employees to have valid reasons against it.

The point is not which opinion is right or wrong – both sides may have differing opinions which may seem correct and very reasonable to some and just preposterous to others. Bottomline is, if absolute “fairness” and neutrality cannot be ensured, then it is probably best to refrain from bringing politically charged discussions into a workplace. Anyone who took the time to read the actual Google memo would understand the memo did not have any derogatory language per se or curse words but an opinion which caused tension at work.

As an immigrant, I attest this is a tough one because it is largely engrained in the American education system and reinforced by the mainstream media, in my opinion. It may often seem intuitive to be “biased” and assume that because an employee is a “straight, white, Christian, male” they are inherently privileged and that their needs are secondary. This is not always true. Or, you may hold that “women have it easy in a lot of ways” and yet both parties can be right and wrong.

These opinions are often result of subjective experiences and do little at a workplace other than causing conflict. If you are a firm believer in a certain group of individuals being privileged due to whatever reason, it is best to keep this belief to yourself.

Chances are that “privileged” teammates exist around you who have had their fair share of struggles growing up which you did not. If you speak to them with an open mind, you may realize they are not that privileged after all despite being “privileged.” Even if you don’t, always refrain from making derogatory remarks about individuals of any group; at the very least you would have soured your relationship with them.

In conclusion, diversity should be implemented with consideration for everyone in mind. Diversity is not a license to be biased against or towards anyone. When you selectively put needs of certain employees over that of the team, you practice exclusion which in effect kills diversity. Neutrality is an underestimated yet a powerful asset a manager has when promoting diversity and fairness.

The challenge seldom lies in finding diverse individuals who are talented, but rather in ‘blending in’ diversity effortlessly into an existing culture, without being pushy about it. Above all, listen to all your employees. We cannot promote inclusion by excluding the majority: most of whom are decent human beings and have no issue whatsoever with diversity.