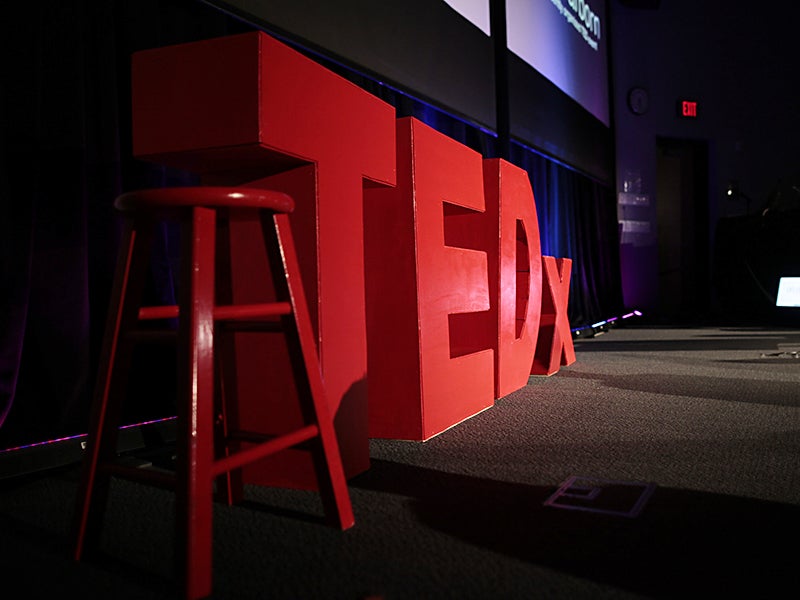 When coaching business school students on presentation technique, I’m always asked for my opinion on three popular models for public speaking: Toastmasters, Shark Tank and TED Talks. (Because my name is Ted, I also suffer the usual “Ted talks” jokes.) Which of those three should students emulate?

I advise students to pay attention to all three. Apply a critical eye. Each of the three models/techniques named above has their place in public speaking. Each has virtues. Each has limitations.  Each is better suited to some use cases than others. None of them is a comprehensive solution that fully addresses all of the requirements for content and performance in the standard business presentation. What we are interested in is the business presentation not an after-dinner speech. Take what you can use from each of these three and disregard the rest.

I’ve addressed Shark Tank in a previous column, ”What about Shark Tank?” And I never discourage a student from investigating Toastmasters (most any experience in front of audiences can be beneficial,) but I ask them to remember that the purpose of a business presentation is not to entertain an audience with dramatic story-telling and it’s never about you as a “master” of mirth or ceremony.

This week, I did come across an engaging article on TED Talks by Roxanne Cooper  in Religion Dispatches at AlterNet.org: “The evangelism of TED Talks has an eerie resemblance to this 19th century religious tradition.”

What do TED Talks have to do with religion? TED Talks are, first and foremost, entertaining. They are meant to be informative and inspiring, but they are more high priced entertainment than anything else. They often provoke interesting application-of-technology, ethics and business model questions, but the format and content have become as formulaic as television dramas. It’s now easy to write an 18-minute presentation that sounds exactly like a TED TALK (uses all the “imagine a world” and “by-golly-wow” self-inflating words that TED Talks are littered with) and follows the standard format (insight, discovery, transformation and [lately] personal redemption) that says absolutely nothing about anything.

But I’m always hopeful and attracted to the science/technology and business model implications of many TED Talks. And there are a few aspects of the format that pertain directly to the successful business presentation (not the least of which is brevity.) There are useful take-aways for the discerning observer, so it’s worth taking a look at the article from Ms. Cooper.

Evangelism is the new revivalism

The author begins by pointing out that TED Talks are ultimately about a particular aesthetic in public speaking. In her words, “a certain kind of hip, Silicon Valley-style wonkishness.” I agree. They are often a triumph of style over substance.

She then draws parallels between TED Talks, and 19th century Lyceum lecture tours and the kind of religious revivals of the same period that were often experienced under a big tent. She makes compelling arguments for these comparisons and a couple of things really jumped out at me that I think are directly relevant to the business presentations of today.

The power of ideas

Ms. Cooper notes that audiences went to Lyceum talks to enjoy a “culture of ideas.” Presumably, that’s what TED audiences want. That’s what we want in a good business presentation too. What energizes a business audience most are good ideas. The first things I ask anyone preparing to give a presentation are:

Ideas based on insight, and supported by relevant data, information, and clear objectives, can transform an audience.

Science, technology, and progress were major topics of interest for Lyceum audiences. For TED audiences too. So, too for modern business audiences. Most business presentations begin with problem statements/challenges and progress to technology-based solutions. That plays directly on the redemptive power of ideas.

Audience’s flocked to lectures and revival meetings seeking redemption. A well-prepared and well-delivered business presentation can revive the sagging fortunes of a manager, a team, an organization, a brand or business model, and even an industry.  It can not only be transformative, it can be redemptive.

So, always begin your presentation with an idea and demonstrate how that idea can lead to positive change.

Touching the third rails of religion and politics

Businesses normally try to avoid religion and politics. The author notes that TED Talks also tend to avoid these “third rails.”  But Lyceum talks and certainly religious revivals did not. They understood the importance of conviction, emotional engagement and ultimately faith in something larger than yourself to winning over an audience.

The author suggests that they are in some sense unavoidable in TED Talks. She argues that TED Talks concern themselves with social betterment which can be seen as involving what are considered to be political issues:  justice, power, and resource allocation. I agree.

I spent almost 30 years as an executive at large Fortune 500 companies and tech start-ups. It’s been my observation that organizational politics and “religious issues” in business are never far removed. Politics can be defined by the getting and exercising of power. And religious issues – strongly held convictions, prejudices, and behaviors regarding products, consumers, partners, business models and processes, etc. — can often crowd fresh information, data, and rational argument right out of the room.

We ignore the influence of politics and “religion” on audiences in our business presentations at our peril. Moving an audience to action requires an understanding of the difference between power and presence and their effect on persuasion. Presentations that address major changes in strategy require a certain amount of faith, and an emotional appeal based on a compelling narrative.

The power of narrative

Ms. Cooper also describes a standard narrative arc in TED Talks that is similar to a religious sermon. The classic arc of a sermon, based on evangelical homiletics, has key elements and a familiar progression. (I have inserted the business presentation equivalent in parenthesis following each element below):

The business or organization faces a crisis and is restored. Experts quoted in the article characterizes this as a narrative of discovery.

In business, we love narratives of discovery. We seek innovation (discovery) and disruption on an epic scale.

It’s no surprise then that the term “evangelism” became inextricably linked to technology and its propagation. Everyone wants to be a technology evangelist.

The same way that everyone has had the fantasy at one time or another of fronting a rock band, these days everyone wants to give a TED Talk. We imagine ourselves sounding and looking great in performance.

But in everyday business we don’t need rock stars. We just need to be able to develop and deliver compelling business presentations: good ideas, presented with energy and conviction. Let’s revive that.