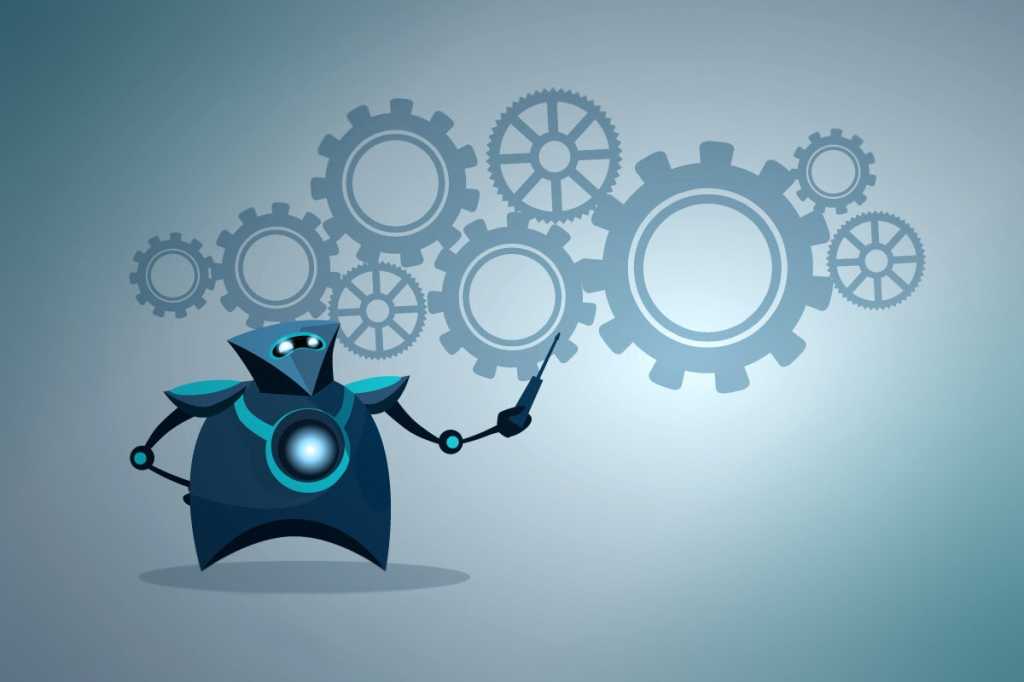 When CIO Jason James decided to automate his company’s software deployment process, he tasked his DevOps team with learning everything it could about the process itself.

He says he wanted his DevOps engineers to act like anthropologists, watching how the developers deployed software to the company’s clients, how they scheduled and loaded software updates, and how they used existing tools to get their jobs done.

[ Learn the 10 old-school IT principles that still rule and the 12 ‘best practices’ IT should avoid at all costs. | Find out what your peers are up to with our report: State of the CIO: IT-business alignment (finally) gets real. | Get the latest insights by signing up for our CIO daily newsletter. ]

The goal, James explains, was to have the DevOps engineers understand each step in the workflow so they could first streamline it and then automate it, thereby creating a more efficient process all around.

“Failures often occur with automation because people don’t understand the processes, so we reduced risk by knowing what the process was, talking about the stakeholders and talking about the impact to them,” says James, CIO of software maker Optima Healthcare Solutions.

James’ experience provides a strong example of how CIOs should tackle automation in today’s enterprise. Whether it is a shift to DevOps or a move toward robotic process automation (RPA), automation can provide great efficiencies for IT and the business at large — and it is fast becoming top of mind for CIOs.

Deloitte’s 2018 global CIO survey found that 96 percent of the 1,437 responding executives consider digital a strategic priority. When asked about the primary focus areas of digital within their organizations, 69 percent said process automation and transformation — the No. 1 initiative cited.

Enthusiasm for automation, however, won’t get organizations to the goal line. Rather, automation initiatives require more than successful technology implementations to be effective, according to analysts, consultants and experienced CIOs. They say organizations aiming to get the most out of their automation programs need to take deep dives into the processes they hope to automate, understand how the work flows and where the workflow itself can be transformed.

“Automation is a lever, and it goes along with process transformation,” says Brandy Smith, a partner at management consulting firm McKinsey & Co.

Given that reality, Smith and other experts say CIOs must keep in mind the following ideas to help ensure they’re delivering optimal results as they move to leverage automation technologies.

Create a vision of what’s possible

Most organizations already have scripts automating at least some basic tasks, but now — as the ServiceNow report indicates — many are turning to artificial intelligence, machine learning and RPA to re-engineer sophisticated processes within their enterprises.

Regardless of their maturity level, CIOs should help their executive colleagues understand what’s possible, says J.P. Gownder, vice president and principal analyst at Forrester Research and author of The CIO’s Guide to Automation, AI, and Robotics.

“Most outside of IT won’t understand the possibilities,” Gownder says. “The CIO has to play an orchestration role here and help others in the organization to identify the different scenarios that can be addressed and what changes will be involved.”

James agrees. “I don’t expect department heads to start coming to CIOs,” he says. “CIOs have to be a champion in their own departments first, clean up their own house using automation technologies, prove out their value in complex tasks [within IT] and then move the technologies out to other departments.”

Show the value in automation

James sees automation and process transformation as critical components for creating a competitive advantage, as they bring increased efficiencies that reduce costs and allow human talent to shift their focus to higher-level tasks.

He acknowledges, however, that not everyone sees the same potential in automation, with some people fearing that it will not only disrupt the status quo but displace them altogether.

So, as he moves forward with his automation strategy, James says he’s taking an old standard out of the successful CIO playbook by racking up early wins and promoting their benefits. “I wanted our first projects to have a morale-boosting impact on our own teams,” he says.

He points to the automation of the software deployment process as an example. He garnered support by showing the deployment team how automation would cut back on their long hours and late nights. James says he now uses the success of that project to win over others in his company.

Get a full understanding of the targeted process

Automation today is about “optimizing and modernizing processes,” says Sarah Burnett, executive vice president and distinguished analyst at Everest Group, a management consulting company. As such, organizations must understand all the steps in an existing process, identify which steps are necessary, where bottlenecks exist, and whether the process can adjust to new requirements as they evolve.

That knowledge, combined with automation technologies, is how organizations can move from simple process improvement to real process transformation, Burnett says.

“Organizations can definitely optimize their processes without technology but they can only seriously transform and modernize them with technology,” she adds.

CIOs need to take their understanding of a process and find ways to improve it as they automate it, if they want to see real transformation, experts say.

“It’s absolutely possible for automation technologies to be point solutions to automate specific activities here and there. But we found that doesn’t capture the value that you could capture if you re-thought the entire process,” says Michael Chui, a partner at the McKinsey Global Institute, McKinsey’s business and economics research arm.

With that in mind, Marty Boos, CIO of online ticket marketplace StubHub, says he looks for ways to make processes more efficient before even working on automation implementation, often finding that there is plenty of room for workflow improvement.

“We found there were things we were doing because they were the way we always did them,” he explains.

He points to how StubHub delivers tickets as case in point: When the company started in 2000 and created its first processes, most tickets were paper and thus had to be shipped. Now tickets are almost universally digital and can be transferred electronically. So as the ticket-transfer process became increasingly automated, Boos says his team helped transform it by taking out as many steps as possible and streamlining as much as possible.

Learning from that, Boos says his IT team still works with functional area teams to understand the flow of work and identify unnecessary steps. “We ask if we are doing something because 10 years ago, when we build the process, it was the only way to get the work done and whether it’s still relevant for the business today,” he adds.

Gownder estimates that few processes are optimized, adding that “there’s no end point to the improvements you could be doing.” Moreover, he says that CIOs who fail to evaluate and optimize processes before automating them risk perpetuating inefficiencies for a long time to come.

“There is this huge danger that you’ll reinforce a process that isn’t optimized,” he says. “So while something like RPA creates quick wins — it usually increases productivity — it doesn’t mean you’ll deliver significant value at the end of that.”

Ian Brennan, director of IT for Laya Healthcare, a health insurance company in Ireland, agrees that reworking processes is critical to optimizing the return on his investments in automation technologies.

“In an ideal world I’d love to have a Six Sigma person come in and reduce the steps [in the processes we’re automating],” he says. But that’s not feasible.

Brennan started his automation initiative in 2018, deploying Blue Prism’s RPA software to automate tasks within his organization. He’s targeting processes where he can show that automation will save functional teams hours of work as well as reduce the potential for errors and risks.

His IT team does indeed work with business teams to understand workflows, and they aim to improve workflows when they can in advance of implementing the RPA technology. But Brennan says he’ll move ahead with automation even if a task isn’t optimized, noting that he still has seen strong ROIs. As he explains: “You can aim for perfection or you can aim for efficiency.”

That’s not the end of the story, though. Brennan and others say the enterprise can — and should — revisit and re-work automated processes to further, or even fully, optimize them at some point.

“Engage in a continual, more agile approach, where you’re making changes, taking digital labor into account as you improve your process,” Gownder says.

Establish a modern IT stack

Paul Chapman, CIO of Box, a cloud-based content management and file sharing service, says he and other executives want to use technology to automate tasks that require some intelligence or judgment, having already automated many (but not all) simple, manual processes. Case in point: his initiative to automate legal contract workflows such as renewal activities.

“But you couldn’t do this with legacy architecture. You need to be on a modern architecture. That’s an advantage of ours. We are a born-in-the-cloud company, and that allows us the interoperability we’re talking about,” he says, explaining that automating such tasks requires cloud computing, sophisticated data analytics, application programming interfaces (APIs) and, of course, some level of AI capabilities already working in the IT environment in support of the automation initiative.

Smith agrees: “Automation is best suited when you have an infrastructure within IT that supports integration and rapid changes.”

As is the case with any technology-enabled initiative, Chui says CIOs must have in place a strong change-management strategy so that the workers impacted as a result of automation will adjust to the new workflow rather than rejecting the changes.

Smith, his McKinsey colleague, agrees. She says many workers fear that they’ll be replaced by technology, but automation doesn’t necessarily mean job loss. Rather, it creates additional capacity for workers, giving them time to shift to higher-value work and the new initiatives being created by advancing technologies.

Smith says CIOs must pay attention to these needs if they want to see ROIs on their automation initiatives.

Chui adds: “When we see successful applications of automation technology, 80 percent of the success is around change management in the people versus in the technology itself.”