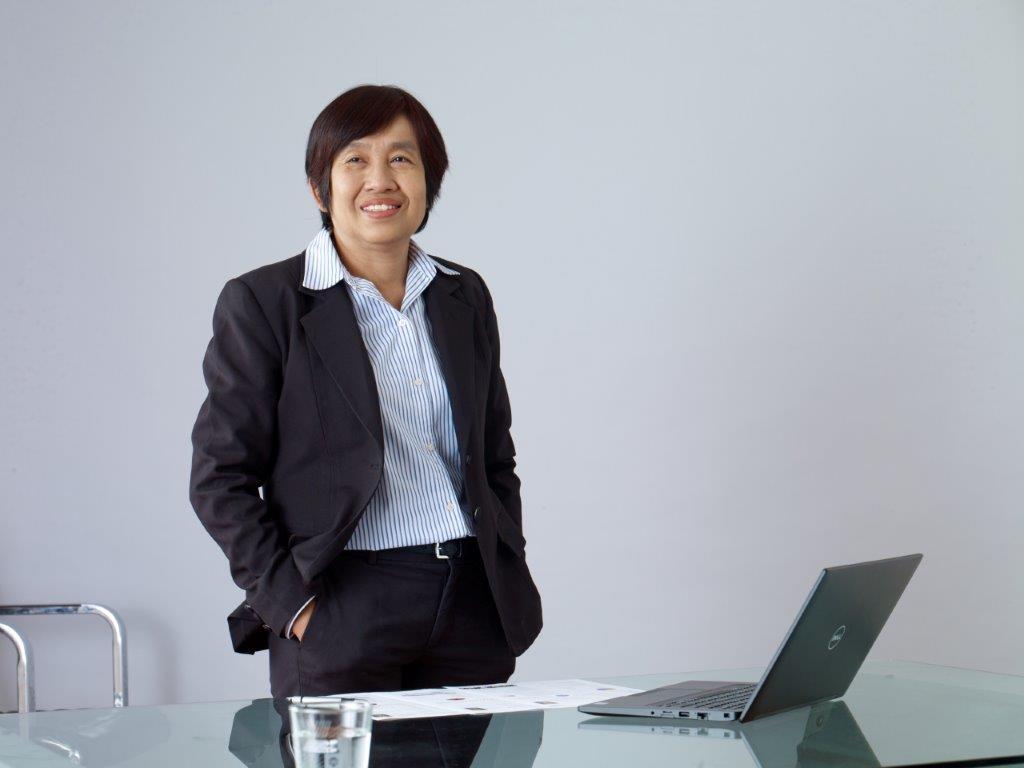 Among the low concrete shops and houses that crowd Rama III Road, one of the main arteries which cut through Bangkok’s Yan Nawa district, rises an imposing 30-odd storey glass building.

Behind its doors, a massive reception with no less than four secretaries in impeccable uniforms and security guards wearing G4S badges on their lapels oversee this corporate fortress: welcome to the headquarters of Bank of Ayudhya, better known as Krungsri, the fifth largest bank in Thailand and an increasingly stronger player in the finance industry across the ASEAN region.

Waiting for us on the 31st floor is Voranuch Dejakaisaya, Chief Information and Operations Officer (CIOO) of the financial institution since 2009. It was in that year that Krungsri acquired General Electric (GE) Money, company in which she was CIO for 11 years.

Dejakaisaya’s office is quite a curious one: on one side of the room, awards and prizes celebrating her career and achievements pile up on a credence table. On the other, dozens of toys and teddy bears sit across two sofas, showing a more relaxed and lighter face of the veteran IT executive.

In a conversation with CIO ASEAN, Dejakaisaya spoke to us about her role in the company and the digital transformation that Krungsri is undertaking, including how the firm is outsourcing some its operations to focus on efficiency and the bank’s digital agenda.

After Japan’s Mitsubishi UFJ Financial Group (MUFG), the world’s fifth largest bank, replaced GE as the strategic shareholder of Krungsri in December 2013, the firm boosted its commitment to become a digital banking leader in Thailand and across the wider ASEAN bloc.

Once known as an “old ladies bank”, today Krungsri puts a special emphasis in luring the younger generations. With a population of over 68 million and one of the highest internet penetration rates in Southeast Asia, Thailand’s youth are more likely to do any banking on their phone rather than in branch.

“In the old days we had a traditional bank,” explained Dejakaisaya. “Our customers might have been the ‘old ladies’, but they were educated. Today we are focusing more in the new generations.”

“We still have customers with a high-profile in terms of assets but we will also like to attract the millennial market, and for that we want to move our bank into the digital sphere, from branch to the app, similarly to many other banks,” she added.

This plan of engaging with millennials has led Dejakaisaya and her team to focus on digital banking and innovation to improve customer experience during the past few years.

“It’s all about digital disruption. You need to move fast but you also need to comply, manage risks. In the past you had a system development life cycle, similar to a waterfall, you had to have everything completed step by step before going life – now it’s devops,” Dejakaisaya told CIO ASEAN.

One of the applications developed during this digital push is the Krungsri Mobile Application (KMA), an app that allows clients to manage accounts and cards, transfer money, trade funds and stock, and check currency exchange rates, among other functions. KMA also supports PromptPay, a service to request immediate transfers and payments.

While she assures that the physical branch is not closing down, the need for innovation has forced Krungsri to develop the concept of “digital branch” – a self-service machine that customers can use use in any of the bank’s branches instead of having to queue for the teller.

Using biometrics and electronic-know-your-customer (e-KYC) procedures, clients can now open a bank account by themselves from any digital branch and even online. eKYC is the digital version of the KYC check, which financial institutions in the country must carry out by law and that requires customers to identify themselves with sufficient information and valid documents. KYC is considered an essential process for the Anti Money Laundering and Combating the Financing of Terrorism legislation.

The use of e-KYC to open new accounts was recently approved by the Bank of Thailand (BoT).

“Normally you can’t open a bank account online because you need to authenticate your ID by going to branch. But now, if you are registered with e-KYC and you have used it in one bank, others can use the information and check the biometrics without the customer having to go to the branch. You can check which information is held about you. This is going to reduce a lot of fraud cases,” explained the CIOO.

She also added: “This will help our clients and save them time by avoiding having to go to the branch. This and mobile banking will take off a big burden from clients.”

Outsourcing for a better focus on digital strategy

Dejakaisaya told us that one of Krungsri’s ongoing challenges is the integration of old platforms into new ones.

Although she spent a great amount of time on the conversion and migration of platforms after MUFG acquired Krungsri, the CIOO thinks that it was a necessary measure to improve the whole process, even if it slowed down the business in the short term.

“You have a new platform coming, you need to integrate it,” she said. “You need to combine the infrastructure. I have to spend a lot of the time cleansing it and streamlining the platform as much as possible.”

This need to improve infrastructure made Krungsri to enter an agreement with IBM focusing on infrastructure as a service (IaaS), allowing Dejakaisaya and her people to spend time innovating within the business.

“We decided to outsource infrastructure to IBM in 2012. It’s a seven years contract that will give us infrastructure support and that allows us to have our people focusing in innovation, new technologies and develop our platforms to be more efficient. That’s possible because infrastructure and day-to-day operations are dealt with by IBM,” she explained to us.

In 2017, the bank teamed with IBM Cloud Garage to complete a blockchain pilot dealing with its contract management. This new agreement covers managed services across IBM mainframe z14, storage, ATMs, servers and network.

Both companies said that the agreement is designed to provide Krungsri’s technology platform with both stability and the ability to build out cloud-ready infrastructure to support its digital transformation vision.

When we asked the CIOO what was the main reason behind Krungri’s decision to outsource its operational infrastructure, she exposed a tech skills gap issue.

“We had an old skills set and we found that the career development of these employees was a big challenge because they lacked the skills relating to the new technologies,” Dejakaisaya said. “For this reason we decided to outsource our daily operations to IBM so our people could focus on application development and find new platform technologies and improve efficiency.”

It’s all about digital culture

Before concluding our meeting, Dejakaisaya handed me a digital copy of the bank’s 2017 Annual Report. On its pages, there’s an emphasis on human capital and the need to combine technology progress with manpower skills.

Dejakaisaya agrees that stimulating and promoting a digital culture is an essential strategy to guarantee Krungsri’s success – but also the most difficult to implement.

“The biggest challenge is the cultural one and the adoption of a digital culture as an organisation: we have to let people know why the move to digital is the way forward,” she said.

“The greatest obstacle is not always about the technology but the people’s skills, how can you turn your people into something new. Some people like to stay in their comfort zone because they feel they are already good at that. But we are talking about artificial intelligence, machine learning, new languages, new programming, automated tools, cloud… and they are uncomfortable. We have to accept the risk of failure. In the past, there was too much attention to KPIs and achieving success but if you fail, you also get a reward, because at least you have learnt something,” added Dejakaisaya.

As chair of ASEAN in 2019, the CIOO thinks that Thailand has an invaluable opportunity to work on its digital infrastructure and serve the digital agenda which is so much part of the Thailand 4.0 initiative.

Thailand 4.0 is a government blueprint that seeks to transform the Thai economy into an innovation-driven one by moving away from heavy industries and towards a value-based economy where technology plays a key role.

Dejakaisaya sees favourably the recent ministerial talks about nationwide collaboration within the banking industry, as well cybersecurity training, 5G and upskilling the workforce.

However, she stressed the fact that change needs to happen at home before it can be taken to the wider society:

“Digital innovation has to come from inside first, that’s why we have created a culture of innovation and we are making good progress. We are also looking at the younger generations and startups: you can’t be so proud that and assume you know everything. You have to open your mindset.”