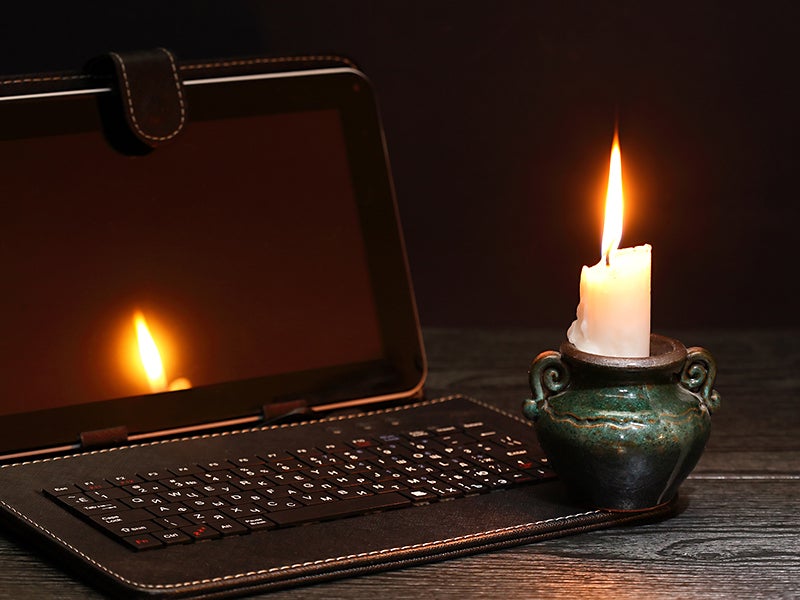 As a candidate and as President, John F. Kennedy pushed the government to remake the classroom. In 1960, he told the National Association of Educational Broadcasters that shoring up the “shameful weaknesses” of the nation’s classrooms was a question of “national survival.” Of all the modern presidents, Kennedy may have had the most prescient vision of what technology can do for society.

Kennedy called the leading audiovisual technology of the time an instrument “with the potential to teach more things to more people in less time than anything yet devised,” saying it “seems a providential instrument to come to education’s aid.”

To that end, he signed the Educational Television Act in 1962, providing funds for noncommercial television broadcasting. The Federal Communications Commission (FCC) then created the Instructional Television Fixed Service (ITFS) to beam educational TV into the classroom.

As it turned out, TV transformed nearly everything but the classroom. Asking teachers to be TV producers was too much, and the idea didn’t get far off the ground. Much of the airwaves set aside for the ITFS lay fallow, and nearly half the states had no ITFS licensees.

Time and technology don’t stand still, even as policy seems stuck in the past. New technologies came, and the FCC transformed ITFS into the Educational Broadband Service (EBS), recognizing that new technologies might allow Kennedy’s idea to flower.

Once again, technology transformed the world, but the EBS remained stuck in the past. Few educators knew how to use it, and funding was in short supply. So, with the FCC’s blessing, educational entities leased their EBS licenses to commercial entities, including mobile wireless carriers.

2.5 GHz spectrum band can power 5G and the IoT

EBS frequencies – also known as the 2.5 GHz band – lie in the middle of the frequency range. These mid-band frequencies sit in a spectrum “sweet spot.” They are low enough to cover large areas but have the bandwidth to carry high-capacity services. With its high functionality, mid-band spectrum can support the latest technologies, like autonomous vehicles and augmented reality. In short, it’s ideally situated for 5G and the Internet of Things (IoT).

For these reasons, mid-band spectrum is where most of the rest of the world will deploy 5G. For the U.S., it’s a vital missing link that properly utilized could ensure American global dominance of the future of wireless communications.

So where does this leave the EBS? Unfortunately, it’s in the same place as when it was the Instructional Television Fixed Service. The 2.5 GHz band is underutilized or unused in about half of the country, and the FCC estimates that more than 90 percent of the EBS licenses held by educational institutions are leased to other entities.

It doesn’t have to stay this way. Enlightened policy makers like FCC Commissioner Jessica Rosenworcel have a better idea.

Seven in 10 teachers assign homework requiring internet access, and the FCC says one-third of all households, mostly in rural areas, do not have broadband service. Commissioner Rosenworcel coined the phrase the “Homework Gap” to describe the place where those numbers overlap. The Senate Joint Economic Committee says the Homework Gap affects 12 million school-aged kids across the country. For students in households without broadband, getting homework done is extremely difficult.

As a former rural legislator, I’ve seen the problem firsthand. Kids should not have to go to McDonald’s or sit in the parking lot of a business with Wi-Fi in order to complete their homework assignments.

Commissioner Rosenworcel‘s idea is to help close the Homework Gap by putting frequencies in the 2.5 GHz band into an incentive auction. Incentive auctions first pay the entity that holds the license, with the money left over going to the government. In the recent broadcast incentive auction, broadcasters received $10 billion, and approximately $8 billion went to the U.S. Treasury.

This idea has a lot of merit. The auction is voluntary. Educational institutions that have developed the EBS could keep those frequencies. Institutions wanting in? They could sell. Commissioner Rosenworcel goes a necessary step further, as her plan would designate the government’s share of the proceeds for education, helping schools find innovative ways to make progress toward closing the Homework Gap.

While Commissioner Rosenworcel and I are Democrats, this idea isn’t partisan. Technology policy traditionally has been bipartisan, and Republicans like FCC Commissioners Brendan Carr and Michael O’Rielly have also expressed support for examining an auction for the EBS.

If all goes well, we will have a policy that would be a credit to JFK’s original idea, giving educators a providential instrument that can help with funding to close the Homework Gap, while at the same time moving the U.S. to the 5G forefront.