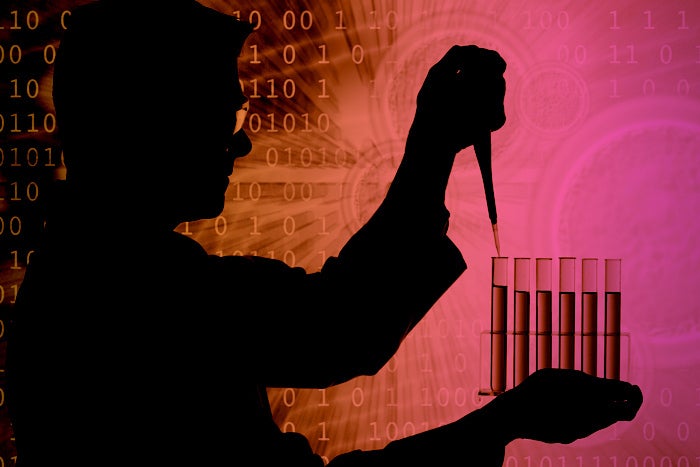 James Swanson’s deep belief in analytics began with a sensor in the back of a truck that was moving seeds from the farm to the processing plant. The idea was simple: Use the data from the sensor to prevent seed loss.

“It was a sensor with a GPS location on it,” says Swanson, CIO and head of digital transformation at Bayer Crop Science. “We could track the truck and put a little model together to see if the truck was getting hot. If so, the grains could get destroyed, so move that truck to the head of the queue before it does.”

Since then, Swanson and his team have applied analytics to every aspect of the business, from full-scale logistics and routing, to demand forecasting and planning. “Once you get the data and you apply a few models, people start to understand it,” Swanson says.

Bayer Crop Science’s data-driven transformation has its roots in Monsanto, where Swanson also served as CIO. German multinational pharmaceutical and life sciences company Bayer acquired Monsanto in 2018 and has since integrated it with its Bayer Crop Science division.

Bayer has turned to AI and machine learning to enhance a wide range of business decision-making, ranging from improving seed selection to improving customer retention. Thanks to machine learning, Bayer’s researchers can more precisely predict how thousands of seeds will perform in the field. Bayer can now conduct predictive screening for the positive effect of microbes on the productivity of seed and plant growth. Bayer is also using predictive models to help vegetable breeders identify products with an enhanced taste profile in early generation testing with greater precision.

The company’s researchers are also partnering with climatologists to model how climate change affects farming. Smart field-testing equipment, powered by analytics, now helps Bayer determine the best time for harvesting. And it’s not just for the farm: Bayer Crop Science’s sales force and marketing programs are using predictive models to better identify the needs of its farmer customers.

The results speak for themselves, Swanson says. Sensor technology and machine learning are helping Bayer track and plan the movement of seeds in more than 300,000 seed shipments per year, which not only ensures timely delivery but has also helped reduce Bayer’s carbon dioxide output by 8 percent.

“From a culture standpoint, the biggest piece that has driven our success is this blurring of the boundary between IT and business,” says Naveen Singla, the Data Science Center of Excellence (COE) lead at Bayer Crop Science. “IT is no longer a cost center to drive efficiency. We are part of the business now where we’re working hand-in-hand with the business, not just solving the problems that the business comes to us with, but also having a seat at the table. Here’s a way we can drive plant breeding better. Here’s a way we can understand and price our products better.”

In fact, Singla says the company prefers the term decision science to data science, because the process relies on deep collaboration between subject matter experts and data scientists.

“That’s the difference that we see between data science and decision science: Data science is about insights; decision science is about insights that matter, insights that can help me deliver better decisions,” Singla says. “That’s why we involve the subject matter experts. The plant breeders themselves are helping us deliver those algorithms. They bring that domain knowledge; they bring that understanding to the model.”

Swanson notes that a key factor in Bayer’s success is a hybrid model in which Singla’s Data Science COE is hosted in IT, but data scientists are also embedded within all the lines of business, so they can understand each business’s key challenges at the ground level.

“You want to get to a distributed model as soon as you can because that’s where you get adoption,” Swanson says.

Swanson also notes that you need to build capabilities methodically: test, learn, iterate. You need to build the skills, the culture, and fluency with data in IT and throughout the company before you can really take off.

“We did the COE after three years,” Swans says. “If we set it up early, it would have failed.”

The early part of the transformation involved IT working with HR to create programs to build digital skills in every role at the company. At first, they called them digital fluency courses, but soon they changed the name to digital leadership, because that’s what they were building.

“You had to build digital skills and competencies in every role in the company, whether you were a plant manager, a sales rep, a marketing specialist, a breeder,” Swanson says. “We had to reimagine what a professional of the future looks like that has a basis in skills in data, a basic understanding of how you can apply models into your business area, how you can leverage and reimagine your business through technology and data lenses.”

The process did not come without pain. Swanson had to reduce his existing IT organization by about a third to make head room for more modern skills: data scientists, big data engineers, cloud engineering specialists, and full-stack developers.

It also meant changing the way the company thought about spending on IT.

“We actually flipped the discussion from, ‘Here’s the IT budget; what can you afford?’ to, ‘Here’s the business budget — whether it be commercial, supply chain, or R&D — how much do you want to spend in decision science models and technology versus a new breeding line versus a new plant versus another hundred sales reps,'” Swanson says. “Now we’ve moved from the old model of IT and cost containment that I can only afford a little bit, to I have the whole company’s budget that I’m competing against now and if my opportunity is bigger for them, do that. … You’re really putting it now in business terms. It’s a business decision trade-off. That was a major step to unlocking significant funding.”

Overall, Swanson says the key is to think bigger than just technology.

“It wasn’t just the technology on its own,” he says. “It was actually thinking about it as a core element to transform the company, transform operations and processes to have higher customer value, to think about new business models we can create, and there’s no way we could do it without the decision science component. We had to reimagine our company, reimagine agriculture, not just enhance it.”