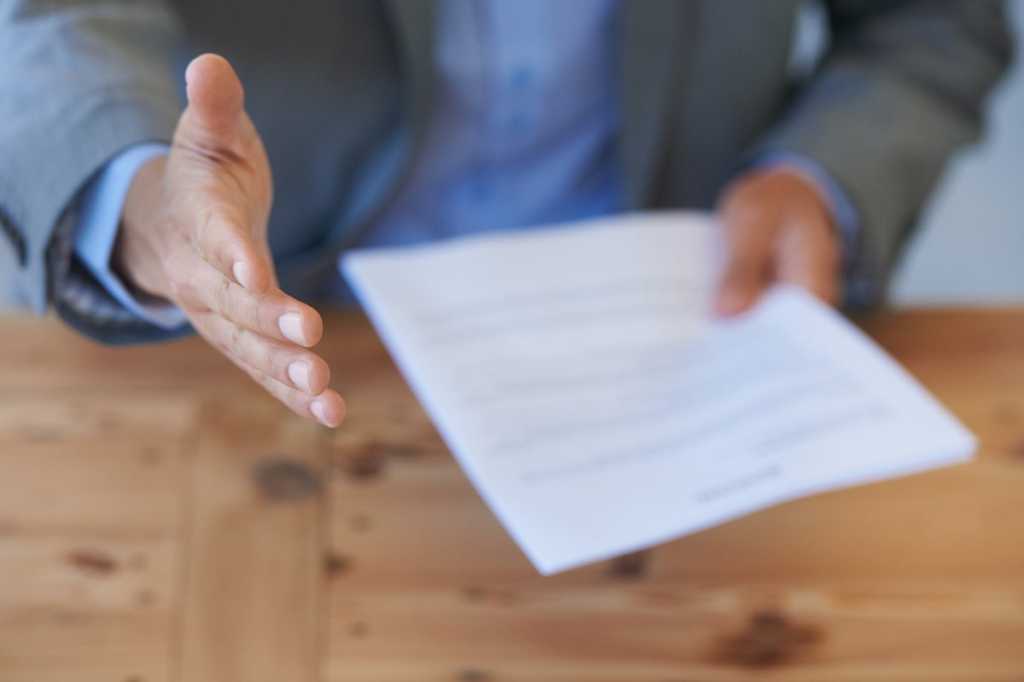 IT leaders seeking executive-level roles face a common resume conundrum: how to convey their extensive experience and skills in a compact way that has impact. That was what Mark Bye, CIO at Long Motor Corp., recently faced with his resume, which he hasn’t convinced told the right career story for the executive-level positions he was targeting.

“I wanted to make sure that I was sharing the right amount of information and felt that maybe my original resume was a bit long at 3 pages. I also felt like the original resume was perhaps a bit boring, not memorable, and could use some help on visual design,” says Bye.

[ Find out how to tailor your resume for leadership with our “CIO resumes: 6 best practices and 4 strong examples.” | Get a leg up with our free tech resume samples and expert advice. | Sign up for our newsletters for tips and trends in IT employment. ]

We matched Bye up with Andrew Ysasi, president of Admovio and vice president of Vital Records Control, for a resume makeover. Ysasi’s first impressions of Bye’s resume were that, while Bye clearly had extensive skills and expertise, his career progression and future career goals weren’t coming through clearly enough.

“Mark has an eye for detail and he is very passionate about his work. Typically, resumes are the last things people like Mark think about because they are focused on their job,” says Ysasi.

After meeting and discussing Bye’s “ambitions and the type of job he truly wanted,” Ysasi dug into Bye’s work history to get a sense of where he wanted to take his career. “What I found out is that he was a CIO already, and if he were to look for different jobs, he wanted to be at the CIO or vice president of IT role. I also found out he is a hands-on leader, who isn’t afraid to get his hands dirty,” says Ysasi.

You want a recruiter or hiring manager to look at your resume and quickly understand how your career has progressed and how that makes you qualified as a CIO or vice president. This requires developing a career narrative leading directly to the desired role.

Establishing a clear career story is difficult, as it’s not easy to objectively assess your career progression, skills and accomplishments. If you’re struggling to find a theme that gives recruiters a clear picture of why you’re qualified, start with relevant job descriptions.

“It was hard to follow [Bye’s] career path. He had mixed in responsibilities and accomplishments with ‘major accomplishments’ so it was confusing what he was trying to convey,” says Ysasi.

When writing a resume for a specific position, the job description can help you focus on the skills the company feels are vital for success in the role. When writing a general resume to send out to multiple companies, look at job descriptions relevant to the roles you seek to make sure you’re including the right skills and establishing a career narrative that aligns with those roles.

How you structure your resume is important. You want to show the most valuable information in as little space as possible. The last thing you want is a resume that recruiters abandon before they get to the relevant information.

“I was impressed with his skills and knowledge. However, I wasn’t quite sure what role he wanted, nor did I know if he had any managerial or leadership experience until the second half of the resume,” says Ysasi.

To make this more obvious, Ysasi included one section for the candidate’s role as VP of IT and noted that the candidate was “promoted in 2011 from senior network engineer role.” This saves space while showing recruiters his career progression within one organization. Moreover, Bye’s time as a senior network engineer — still vital to his career trajectory — is now woven into a narrative built around Bye’s relevant job experience as a CIO and VP of IT.

Ysasi also focused on including skills and accomplishments with actionable results. This includes statements like “reduced network and communication costs by $5,000 per month through the implementation of IP telephony solutions.” It’s an accomplishment in Bye’s career that produced a tangible and trackable result, which makes it perfect for his executive resume. Any skills you have that can be backed up with data or figures will go a long way in communicating your executive IT qualifications to a recruiter or hiring manager.

The importance of presentation

Bye’s original minimalist resume design wasn’t likely to set it apart from other CIO candidates. To help Bye stand out, Ysasi overhauled the visual aesthetics of his resume, opting for a visually impactful document that includes a headshot, a QR code that leads to Bye’s LinkedIn page and bold yellow coloring to draw the reader’s eye through the document.

“I think the main surprise was the potential impact of visual design. The content needs to be solid, but presentation can bring it to a new level,” says Bye.

Bye’s resulting resume is a succinct one-page document that clearly outlines his skills, experience as a CIO and VP of IT and his education. Rather than include a bulleted list of outdated jobs and skills, Ysasi’s version focuses only on the relevant experience and skills for the types of executive leadership roles Bye expressed interest in.

“We updated his summary, cleaned up the experience section, and made sure his skills aligned with the jobs he was pursuing. We also made sure the formatting and grammar issues were fixed and gave his resume a fresh overall look. We also added his LinkedIn QR Code so people could find his LinkedIn profile,” Ysasi says.

In a single page, Bye’s resume now highlights his most relevant career goals, biggest accomplishments and qualifications as a CIO and vice president of IT.

“The broad and unclear original resume went to a focused, modern, and sleek look. His resume now matches what employers are looking for in his area,” says Ysasi.

Bye is happy with the resume makeover, noting that he was surprised Ysasi was able to fit all the relevant information onto a single page. Ysasi also gave Bye a few options for the color scheme on the final design before he settled on the yellow theme.

“He edited the content, especially the summary, for better impact and definitely made some high impact adjustments on design. I appreciate the review, additional recommendations on content and editing, and options for design. Andrew was great to work with and very responsive,” says Bye.