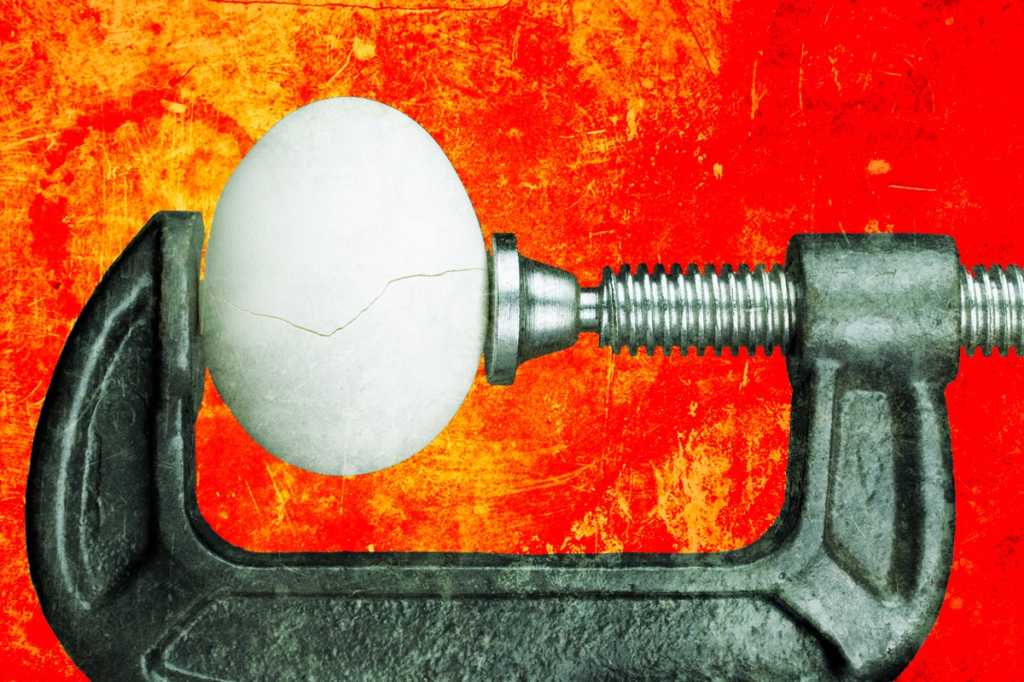 Imagine yourself as the newest hire in IT, and on day one, you have no computer, no login or an incorrectly spelled email address. It happens. And when new employees don’t have a sense of their place in the business — or just don’t have a desk — it dramatically reduces their long-term chance of success in their new workplace.

IT leaders and other experts relayed some of the worst workplace mistakes they had witnessed, including onboarding nightmares that left new hires feeling isolated, unsuccessful, and even with regret about taking the position. These pros also offered advice on how to get ahead of the process and greatly improve the chances of leaving a new hire feeling connected to the organization with a clear understanding of their role.

1. Leave a hole in the chain of command

Stephanie Daniel, a senior partner at Keystone Associates, says the first few weeks are a time to tap into the enthusiasm and energy of a new hire. And yet she’s seen quite the opposite instead, where the person feels left out to dry.

“A new employee showed up to work on his first day and had no idea that the manager who hired him was no longer with the company,” Daniel says. “This piece of news apparently did not make its way to the new employee and left him feeling like he had made a huge mistake in accepting the job offer. The lack of a well-crafted onboarding plan can have a long-lasting detrimental effect.”

Make sure your new hire has the tools and resources they need on day one, says Dan Colomb, chief technology officer at Snapsheet.

“There’s nothing worse than a new hire coming in and not having a computer, a desk to sit at, or a project to start working on,” Colomb says. “The transition to a new job is already difficult. There’s no reason to add to the confusion. We want to avoid anyone feeling lost or unsure. We help every new hire complete a small project end-to-end as soon as they get here and get it into production. They immediately make an impact and start to feel success. Nothing beats the sense of accomplishment of getting a live customer using something you built in your first week.”

3. Leave them in the lurch

In some instances, a new hire gets left out of the flow of the organization, and it goes beyond a forgotten laptop or ID badge. James Philip, chairman and founder of Heavy Hitter Holdings, tells the story of another new hire that was left feeling isolated.

“I had a client once that let someone sit in a cubicle for a week while they figured out what to do with them,” Philip says. “They did need the headcount but had no plan for what to do with the person. Just poor planning all the way around as a lot of companies don’t see hiring as two-way street.”

Philip advises setting up a mentor or buddy system to assist new hires with questions and getting settled. “Always make sure a new hire has a friend on day one and never let them eat alone the first week. The buddy should also help the new hire get acclimated to the culture.”

As in other areas of life, food can help lay the groundwork for a successful transition.

“I recommend to people who are starting a new position that they don’t bring their lunch for the first 100 days,” says David Collins, senior vice president of ITC at Addison Group. “Then they can make themselves available to go to lunch with other people on the team in order to immerse themselves in the culture and get to know their colleagues better.”

4. Introduce them to chaos

The onboarding process offers the new hire a peek at the way the company gets things done, says Pejman Makhfi, CTO of Credit Sesame, so it’s important to set the right tone.

“An unorganized onboarding experience not only leaves a bad taste in new employees’ mouths, but also drives disorder further into the company culture,” Makhfi says. “Since new hires try hard to fit into the new environment, they will easily adapt to everything they are exposed to, even if that is chaos.”

Among the worst aspects of a disjointed onboarding process is the impression created by lack of coordination of basic information between HR, IT and the hiring manager.

“I remember the story of a friend whose name in his email account was misspelled,” says Makhfi. “For some reason, it took the company a few days to fix it. During this time, he had to communicate with the rest of his team using that email. It was embarrassing for him to constantly explain to each of his new colleagues the mistake and his correct name.”

5. Firehose them with information

Paul Phillips, global head of talent acquisition at Avanade, says the most frequent complaint he hears from new hires is that they’re overwhelmed with information as they join the team.

“It’s important to gauge how to give the right amount of information without overwhelming the new joiner,” Phillips says. “This is really hard to manage. Everything seems new. So, think about delivering the same information over time and over a variety of channels to make it easier to absorb, rather than providing one big information dump at once.”

6. Bring out the robots

Hiring processes need to keep up with the times, Phillips says, and that includes making sure your onboarding doesn’t turn into a rut for those running the process.

“The pace of change has never been so fast as it is today and it will never be as slow as it was yesterday,” Phillips says. “Your onboarding process should continually evolve to reflect that. One thing we’ve implemented is rotating the executives that present the program. This ensures that the presentation of information doesn’t become robotic because of the presenter’s own familiarity with the material. It also provides a fresh perspective each time, affected by each executive’s individual experience and perspectives. This helps keep the material fresh and relevant.”

Wendy Pfeiffer, CIO at Nutanix, suggests that you avoid relying on your IT team’s social skills to make a new hire feel welcome, and get ahead of the game.

“Technologists are infamously challenged with interpersonal communication,” Pfeiffer says. “There’s often an awkward divide between a new hire and a team. Rather than relying on your team members to quickly grow some social skills, build social opportunities into the onboarding experience. Trust me, with a little social planning, the outcome will be much better than the many awkward meetups at local watering holes that have been the hallmark of tech team interaction.”

If you’re continually canceling or rescheduling face-to-face meetings with a new hire, you may unintentionally send a message that the person isn’t important enough for your time.

“This sets the wrong tone for the relationship moving forward, that you’re not invested in their success,” says Ashar Rizqi, co-founder and CEO of software firm Blameless. “It makes new employees feel like they are left to their own devices to understand how to succeed. New hires need calibration to happen early and often to ensure long-term success.”

9. Leave no room for mistakes

Rizqi argues that the worst thing you can do to a new hire is create environment that undermines them by not providing room to grow.

“For every new hire coming in, you want this to be the place where they will reach their ultimate potential,” Rizqi says. “For that to happen, the No. 1 thing that employees need, especially in the beginning, is psychological safety. Give them opportunities for quick wins with low hanging fruit and allow room for failure so they can grow from day one. Establish a culture of high trust and collaboration with this person and allow them to take ownership of decisions that will help them deliver their stated outcomes.”

Eric Sigurdson, consultant at Russell Reynolds Associates, recalls an executive who was hired to shake up an organization, but wasn’t clued in to how quickly the change was expected.

“As an outsider, if you move too fast you can easily be rejected or ignored internally,” Sigurdson says. “And if you move too slowly, you can be seen as ineffective. It’s important to work with your management, peers and potentially the board, to set the proper cadence for change. Getting quick wins early will help an executive build credibility in order to influence more significant change long-term.”

Make sure the culture of the organization is portrayed accurately during the new hire’s first days, advises Dani McDonald, vice president of engineering and IT for U.S. operations at Kelly Services.

“One of the worst mistakes that can be made in the onboarding process is failing to set the expectations and provide detailed instructions during the process,” McDonald says. “Onboarding tools may guide an employee through new-hire paperwork but giving the employee an expectation of time investment and clarification on particularly complicated requests within the tool will help to ensure the candidate moves freely through the process with confidence. New hires that are advised of a highly collaborative culture and resource-rich environments can be left disappointed during a more hands-off intake and onboarding.

Lois Coatney, a partner at Information Services Group, describes how a new hire can be undermined by providing marching orders mixed with a lack of support.

“The CIO was attempting to create change in the organization — which had never outsourced IT services — and wanted to introduce the idea,” Coatney says. “They brought in a director who was experienced with outsourcing, thinking this new person would help change the culture, but the CIO didn’t give the new director any support or backing. Unfortunately, the new person couldn’t break through the organization’s exclusionary culture, and they let him fail. The company culture was relationship-based, and the CIO didn’t introduce him into the established relationships. He tried to meet with people and talk to them, but they disregarded him behind his back and were derisive. The culture change came eventually but it involved significant change in the organization and staffing.

12. Be blind to buyer’s remorse

Checking in often is the best and simplest way to set the stage for a positive experience, says David Collins, senior vice president at Addison Group.

“Buyer’s remorse is real,” Collins says, “and most people feel some form of it during the first 90 days of employment. It’s especially important to keep your finger on the pulse of how a new hire is doing and feeling during those first 90 days that they are getting established in their position.”

In a tight market for top IT talent, it’s important to keep in mind that job seekers have plenty of opportunities to go elsewhere.

“Invest the time in making the new employee feel like they are an important part of the organization,” Keystone’s Daniel says. “While it’s critical to provide the employee with the technology, tools and resources they need to succeed in their new role, it’s just as important to welcome them into the culture and help them feel connected to the people and the mission of the organization. Simple activities like taking them to a team lunch, assigning them an orientation partner, or scheduling regular check-in meetings can accelerate the onboarding experience and deepen the employee’s connection to the organization.”