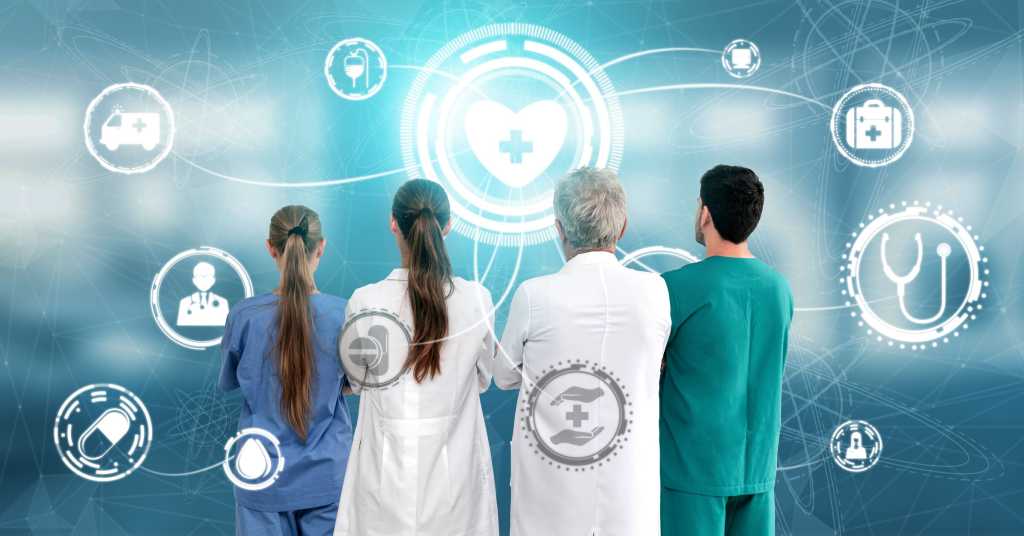 The Asian healthtech industry closed 2018 with a record-breaking US$6.3 billion in funding, making it the second-largest digital health ecosystem in the world, surpassed only by the US.

Startups across the region, and particularly in Southeast Asia, are seeing a booming market in healthtech.

Using the latest reports from Galen Growth Asia and others, here we review the current state of healthtech in Southeast Asia.

The World Health Organisation (WHO) defines health technology (commonly known by its portmanteau, healthtech) as the application of medical knowledge and skills in the form of devices, medicines, vaccines, procedures and systems developed to solve a health problem and improve people’s quality of life.

However, healthtech does not include ‘biotech’ (e.g. protein research or pharmaceuticals) nor ‘meddev’ (e.g. devices that are implanted into the body).

The integration of information and communication technology (ICT) in healthcare can accelerate health system reforms, leading to a better-quality, more efficient, and accessible patient-centred care. It can also lead to more efficient resource allocation, which in turn can result in lower health care costs.

For example, through the implementation of digital health solutions, surgeries and hospitals can transform the way they store their records and share and use patients’ data.

Galen Growth Asia anchors the development of the healthtech ecosystem to the following four drivers: data and analytics; bio-sensors (not limited to wearables); mobile devices, and new business models.

Digital health has been acknowledged by the WHO as a key building block for universal health coverage and the health-related Sustainable Development Goals, and many countries around the world are already implementing solutions such as social health insurance payment processes or electronic medical records, to improve people’s lives.

What’s the state of healthtech in Southeast Asia?

Asia Pacific’s healthtech ecosystem is the second largest in the world, only behind the United States. Galen Growth Asia figures show that in 2018 alone, the region’s industry raised US$6.3 billion in investments.

Within Asia, India, China and Singapore are emerging as key healthtech hubs, concentrating a large number of startups and attracting a significant portion of investments.

Most emerging economies are still far from reaching the level of health expenditure and investment seen in developed countries. The result is that the developing world accounts for approximately 20% of the global health expenditure but hosts nearly 85% of the global population. For example, the US spends more on healthcare than ASEAN produces in GDP (US$3.4T v US$2.6T, respectively).

Whereas the main factors influencing health expenditure in the developed world are ageing populations and a rising incidence of non-communicable diseases (NCD), such as cancer or heart attacks, developing countries face diseases (communicable and chronic) as well as the cost of expanding access to healthcare in rural areas, where half of the population lives.

Except from Cambodia, all ASEAN countries offer free healthcare, although not always universal. Singapore notably ranks among the best healthcare systems in the world.

The number of healthtech ventures in wider Asia has grown substantially in the past five years. Galen Growth Asia currently estimates that over 3,000 such ventures currently operate in the region and in 2016 alone attracted in excess of US$2.5 billion.

Five Asian markets are home to 80% of all known healthtech startups in Asia, including India (32%), China (22%), Singapore (11%), Japan (8%) and Australia (8%). Indonesia holds 5% of the market share and Malaysia, Philippines and Vietnam have each less than 2% of the market share.

Singapore continues to be an attractive location for ventures due to its solid legal framework, economic stability and government incentives. Indonesia maintains its position, mirroring local innovation driven by its demographics, disease burden and limited health infrastructure.

Among the obstacles of a wider implementation of healthtech across Southeast Asia are a generalised lack of regulation and governance, weak national health informatics capacity and fragmented information systems. Other common issues in the region are the absence of a system of unique patient identification; funding priorities are not always set by the Ministry of Health (MOH), and weak interagency and public-private collaboration.

Cole Sirucek, CEO and co-founder of Singaporean startup DocDoc, told Health Care Asia Magazine recently that among the obstacles facing patients throughout Asia is a dire lack of transparency and below-average customer service.

“[Patients] waste hours trying to get a primary care consultation, in often cases, only to find out that they need to see a specialist,” Sirucek told the outlet. “Then begins the daunting task of researching for the right specialist. Patients’ only choices are to rely on online doctor directories or referral from friends and family.”

He continued: “Online doctor directories provide very little information on the background and expertise of the specialists, therefore making it remarkably challenging to distinguish between the numerous doctors under the same specialty, in the same region. Referral from friends and family are based on anecdotal evidence at best. Consumers are largely forced to choose a doctor in an information vacuum and left to face the luck of the draw.”

Which factors are contributing to the fast development of healthtech in Southeast Asia?

Galen Growth Asia’s Healtech Investment Landscape Full Year 2018 report shows that Southeast Asia accounted for 22% of all the deals in the overall Asian healthtech scene in Q1 2019, up by 11% from 2017. There was an emphasis on early-stage deals (seed and Pre-A) in Singapore with 60% share.

The Asian Development Bank (ADB) points at two decisive factors which are contributing to the rapid development of digital health solutions in Southeast Asia.

First is an increasingly prevalent broadband coverage as well as faster broadband and mobile data across the region. Although the Philippines and Indonesia still lag behind China with 5.5 MBPS and 7.2 MBPS respectively, the average broadband speed in Singapore is 20.3 MBPS, above Japan and only behind Hong Kong and South Korea.

WeAreSocial’s Digital 2019 report revealed that Southeast Asia was the fastest-growing region worldwide in unique internet, mobile and social media users over the course of 2018.

With a population of over 659 million and a collective gross domestic product (GDP) of US$3.4 trillion, ASEAN is bound to become the world’s fifth-largest economy by 2020. Its digital economy reached over $30 billion in 2015, and is expected to soar in upcoming years to reach nearly $200 billion by 2025.

Another report by Google and Temasek shows that there has been an increase of 90 million internet users since 2015 across ASEAN-5 countries (Indonesia, Malaysia, Philippines, Singapore and Thailand) plus Vietnam, bringing the total number of internet users to 350 million.

The second factor contributing to the fast development of healthtech in the region is an increasing demand for better health systems across ASEAN. A shift in disease profiles, a growing middle class and income increases, as well as changing lifestyles and aging populations are elements putting pressure on how healthcare is delivered.Startups in the region are envisioning great opportunities in the growing healthtech market.

Although Singapore and Indonesia are still the most attractive locations in the region for healthtech, other countries like Malaysia are also emerging with innovative solutions in the healthtech arena.