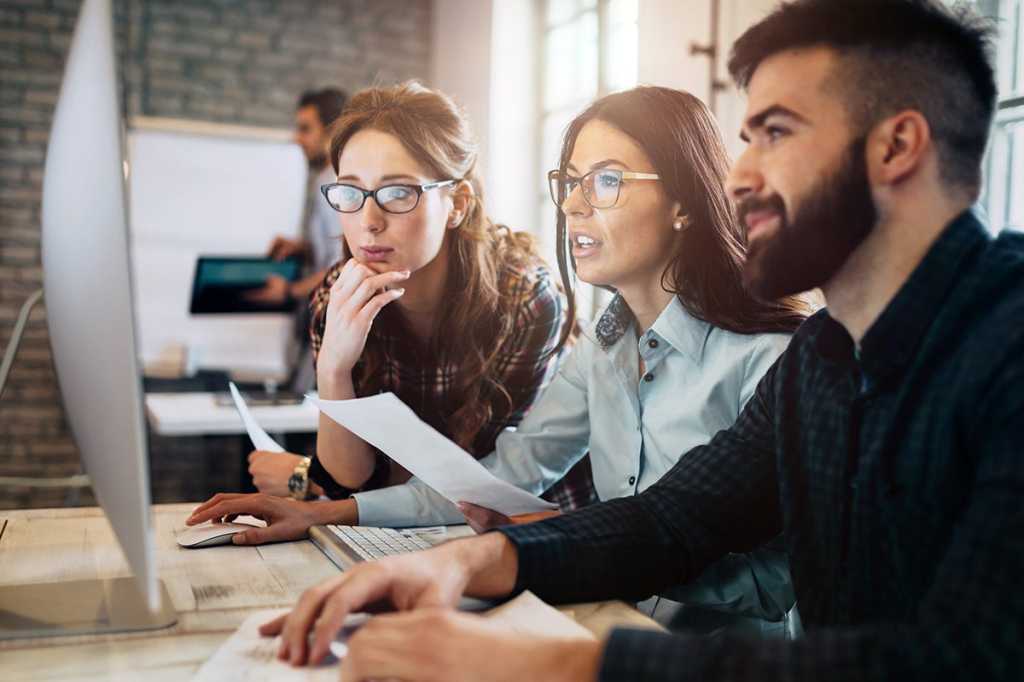 It’s a widely acknowledged fact that many industries suffer from endemic lack of diversity, and that efforts to tip the scales the other way often run into resistance. Such was the case, for example, when Google employee James Damore claimed that the reasons behind the high level of gender inequality in the technology industry were biological rather than cultural.

To gain some perspective into the real roots of the problem, however, it is helpful to hear from people who have not only managed to overcome such barriers, but thrive in industries such as tech.

One such person is Haibei ‘Happy’ Wang, a former front-end engineer at PayPal and current Vice-President of Engineering at Silicon Valley tech company Globality, which has just received a $100 million investment​ from SoftBank to scale up its cutting edge work in artificial intelligence and business sourcing. She has been working in Silicon Valley for the past two decades, and she tells me that during that time she’s also seen some positive change.

Things have changed, but not enough

“In my twenty years of working in Silicon Valley, I’ve definitely seen more women getting into the technology field. I’ve also noticed that more and more women in technology are willing to open up and connect by founding many types of groups to support each other. I’ve seen a strong women’s voice represented in the product, engineering, design, and data-analytics fields. Women are no longer shy; we’re becoming more vocal instead of just being receptive.”

Only 12% of engineering staff at the 84 top tech firms are female, yet

Happy reflects that there are many more opportunities available to women now, compared to her early career days as an engineer, when she invariably reported to male managers. The last decade, however, has seen a big shift towards promoting women into leadership roles, which means we’re seeing women in C-level roles, which was very rare in the past.

“I feel fortunate to have made it to the vice-president level. My leadership team values my contributions and provides me with great career growth opportunities. I’ve also noticed over the last decade that there are a lot more women founders doing quite well in the startup world, plus we now have more women engineers than ever, especially in the product, front-end engineering, user experience, mobile, and data fields.”

How coding boot camps can help

One trend she believes has been pivotal in this change has been the popularity of coding ‘boot camps’ specifically targeted at women. Where science and technology continue to be seen as traditionally male subjects at school and college, far fewer women are graduating with the skills to enter the tech industry, so however committed a company is to hiring women, there is a problem with the pipeline. Only around 18% of US computer-science bachelor degrees go to women.

These boot camps help address the fundamental issue that inequality in the industry is a question not only of demand, but also of supply, as some start-up founders report difficulties in recruiting female members for their teams in spite of their best efforts.

“I’ve seen lots of women going through these programs and successfully transforming themselves into great engineers,” Happy says, adding that in recent years she’s seen many more junior-level engineers coming to her who have never studied coding at university. They bypass the costly and often theory-based 4+ year courses, instead learning practical skills and best practices in realistic environments. Some of these boot-camps, such as Hackbright, are exclusively for women and have trained over 700 graduates who have gone on to secure jobs at companies such as Google, Dropbox, and Airbnb.

“There is no difference between men and women when it comes to the ability to learn. Science isn’t a sport where men can run faster than women can. In science, as long as you give them the same training and opportunity, women absolutely can reach the same level of achievement as men do. We need to open the door for women and find a way to educate and influence them at an early age to help open their eyes and free their minds.”

It is also important for companies to provide opportunities for female employees to transition to different roles during their careers, she says, recounting how she’s helped non-engineers become engineers by giving them on-the-job learning opportunities and constantly challenging them to go beyond their comfort zone. The other part of that, she acknowledges, is for women to also move past culturally-enforced norms that mean they are often more hesitant to put their views forward in fear of seeming overly aggressive or ambitious.

“If you have opinions, it’s better to speak up than hold back; you want to earn an opportunity for yourself and set a great example for your women colleagues to follow. Help others see that there’s a path forward as long as they are competent and doing an awesome job. Fighting for yourself is a way to send a strong message that also helps others.”

The industry as a whole needs to realize that achieving meaningful equality is never going to be an easy process, and there isn’t one quick fix to a problem that is so deeply ingrained into industry practices. “I’ve noticed that some companies are proud of their overall male-to-female employee ratios, but if you dig deeper, you find that many women are employed at much lower levels than their male colleagues are. It’s almost like a pyramid, and very few women can make it to the top.”

The bottom line, Happy concludes, is that we need to provide an equal opportunity for everyone to learn, no matter if you’re a woman or a man. “Technology evolves quickly; the most exciting thing for me in the high-tech world is that you always have something new to learn. While it is up to the individual to demonstrate how fast and how much they can learn new skills, we can’t exclude some people from the beginning by not even affording them those opportunities.”

We need to achieve parity at every level in order to affect true change, and companies that do rise to the challenge will also reap the well-known benefits that diversity brings to innovation and productivity in the creative sectors.