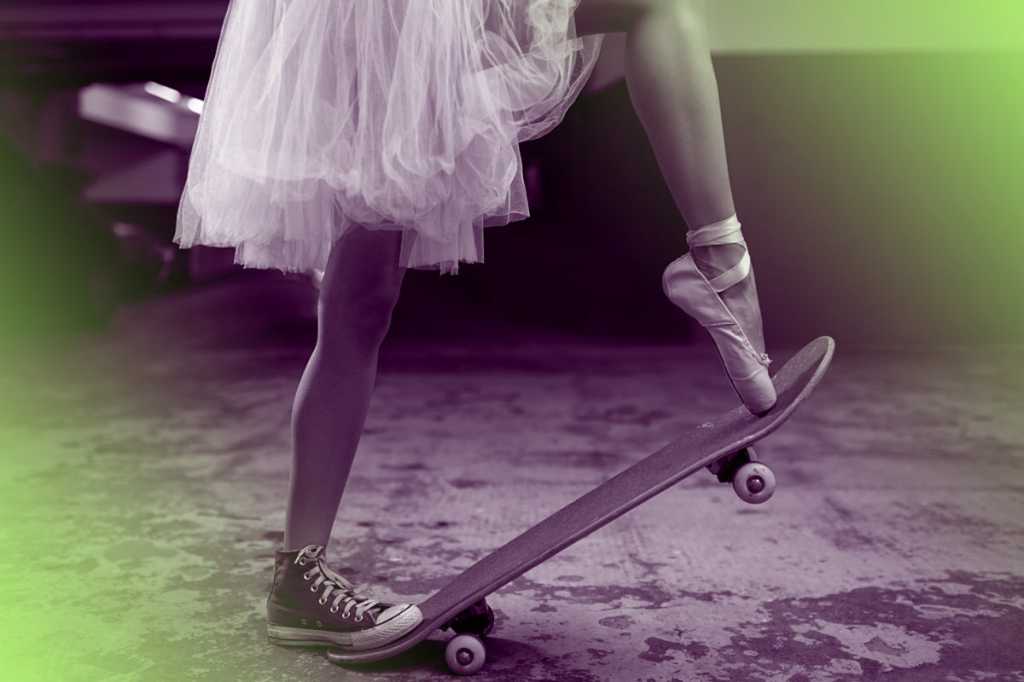 Executives at CarMax moved to cross-functional teams when it embarked on its transformation strategy four years ago, believing such teams could deliver better results more quickly than the siloed approach the used-car retailer had been taking.

To ensure success, CIO Shamim Mohammad says he and his colleagues established how these new teams needed to work: They had to have a product manager who would operate like the team’s CEO; the team must have a user experience person; and it needed a developer or engineer for the lead technical resource.

Mohammad and his C-suite peers went even further. They took down walls and moved people around so that they could sit together as teams. They also decided that success for these new teams wouldn’t be measured based on the number of products produced but rather on business objectives met.

The ROI? Mohammad says these teams are delivering better business results much faster, are more innovative and more focused on customer experience.

“For companies to be successful, they have to work like a startup company. That’s in essence what we’ve created with these teams: product teams that act like a small startup company and can innovate fast,” Mohammad says.

A confluence of trends — the need to move fast, deliver more innovation and digitally transform — is forcing IT departments to rethink how they create and deploy technology.

As such, CIOs no longer expect IT staff to conduct projects in a linear fashion, with technologists essentially working as if they were on an assembly line. Instead, they’re working collaboratively with each other and with professionals throughout their company to jointly build solutions.

“Different functions have to come together to drive growth, revenue and scalability and to drive the business forward,” says Juliana Stancampiano, CEO of Oxygen, a consulting firm that advises companies on how to build strong teams and author of the book Radical Outcomes: How to Create Extraordinary Teams that Get Tangible Results. “But it’s not easy to work cross functionality.”

In fact, Stancampiano and others say CIOs and their executive peers face several big challenges in building successful cross-functional IT teams.

Team members often come in with their own agendas that are frequently tied to their department’s priorities. Similarly, they can be territorial and prone to protecting their turf. And they often use their own lingo and shorthand, drawn from their professional and functional areas and not well-understood by others.

Make no mistake: Such challenges can derail progress.

A 2015 study detailed in the Harvard Business Review found that nearly 75 percent of cross-functional teams examined were dysfunctional due to unclear governance as well as a lack of accountability, specific goals and prioritized organizational support.

Leading CIOs and management experts say organizations can’t let such obstacles stand in the way of developing and leveraging cross-functional teams because these teams are critical for delivering the solutions that organizations need to compete in this fast-paced digital era.

“The future success of high-growth companies will have to build cross-functional teams, and if you’re not set up with the ability to form teams like that, or you don’t have that mindset, you won’t be successful long term,” says John Abel, CIO of Veritas, an international data management company.

Management advisors and CIOs experienced in building cross-functional teams agree that selecting the right people to work on these teams is in itself a specific skill. And they say organizational leaders must do more than identify the people with the capabilities required to deliver on the team’s objective, they must find or cultivate team members with the right mindset, too.

Nader Mherabi, CIO at NYU Langone Health, says his staff adopted agile and DevOps methodologies in recent years as a way to meet business needs more quickly. That shift has meant that his IT workers must collaborate more closely with each other and their business counterparts. So he and other leaders focus on creating teams that have professionals with the technical capabilities and subject matter expertise needed to craft solutions that will meet business objectives.

Mherabi points to the development and delivery of a virtual urgent care capability as a case in point. It required a team with various IT professionals as well as an emergency room physician, a health informatics expert, a scheduling expert and a product owner.

Just as importantly, he says, they all needed to be able to work well together.

“You have to create a team that’s complementary and not adversarial,” he says. “You need the personality fit. There are some who like agile and like working in a fast-moving environment and have the drive to work on a more innovative project.”

Build up relationships and needed skills

Collaboration and cooperation don’t come naturally to most people, nor does true partnership. So CIOs need to cultivate those skills in themselves, their managers and their teams, says Rick Lepsinger, managing partner with OnPoint Consulting.

“You can’t just say, ‘Collaborate. I want you to get out there and work well together.’ The CIO has to model this behavior and be accountable [him and herself] and expect that same behavior from his or her direct reports and so on down the chain,” Lepsinger says, adding that CIOs also should seek out and build up influencing, conflict management and communication skills.

Other experts advise CIOs to facilitate collaboration by co-locating team members as much as possible and facilitating communication through collaboration platforms.

Cynthia Stoddard, senior vice president and CIO at software maker Adobe, says team members need to learn to trust each other to work well together and need to build up relationships.

“Unless they trust, they don’t want to give up control,” she says. “One of the biggest [issues] is the inability for people to give up control. They feel if they give up too much knowledge, it might jeopardize their power base, so they might not be fully participating or fully sharing information. Or I’ve seen people who will agree to do something in the meeting but then they go off and do something different.”

To counteract that, Stoddard says she has learned to cultivate relationships among team members from the start, especially as cross-functional teams often put together people who have had little or no prior history working together.

“People need to get to know each other’s priorities and personalities and develop empathy. That allows them to have tough conversations later [as the team progresses],” she adds.

“A shared goal is something that all functions have a stake in helping to achieve, and having a shared goal makes sure everything is well aligned, or at least not in conflict,” Lepsinger explains.

Mherabi of NYU Langone Health says leaders articulate their ambitions and task newly formed teams with delivering on them as a matter of standard practice. He points again to the virtual urgent care platform as an example. “We had to sell them on the mission. We had to have everyone working toward the same outcome, the same KPIs to measure success. We gave everyone the same mission and the same criteria for success,” he says, noting it took just nine months to get from start to the first incarnation.

Oxygen’s Stancampiano says she, too, advises executives to articulate a common vision for the cross-functional team members to embrace. But she says enterprise leaders must also reward the team as a whole for working toward and meeting shared goals, rather than recognize them for individual contributions or functional area successes.

Have clear roles and responsibilities

Although a unifying objective is critical for cross-functional teams to be successful, experts say enterprise leaders must still assign distinct roles and responsibilities to individual members and hold them accountable for achieving their assigned work.

“The team needs to understand, ‘What do I do, what do you do, when do I stop and when do you start, and also who decides,” Lepsinger says. “They need guidelines on what cooperation looks like, what authority they have. That needs to be worked out ahead of time, or the team will be bumping heads all along. This is where you get into trust, because if I let you make a decision that will impact me and the team, then I have to really trust what you’re doing and that your interests are also focused on me and the team, and not just focused on you and getting your work done. That goes back to having a shared goal.”

To further help delineate who does what when, Lepsinger also advises enterprise leaders to establish standard processes so that team members know how work will progress and how any hand-offs will happen.

“The individuals on cross-functional teams come from their own areas with their own processes, so you have to take out those potential pinch points. You need to look for some sort of standardization. You want to make sure everything is the right form or the same platform. You want consistency for the team,” Lepsinger says.

As Abel, the Veritas CIO, works with his colleagues to put together cross-functional teams to tackle both small projects and big objectives (such as its team focused on growth), Abel follows a number of best practices: articulating a common goal, identifying the professional skills needed to accomplish that outcome, choosing team members who are open to collaboration, and rewarding team success with bonuses.

Abel believes that cross-functional teams are essential for innovation in this digital age — and should have room to learn and grow as teams — but he also says they need boundaries and oversight.

As such, his company establishes steering committees that reflect the cross-functional nature of the teams themselves, he says, noting that these executive-level committees help ensure alignment continues as work moves forward and that teams have the resources they need to accomplish their goals.

“Roadblocks will happen and that committee will help remove roadblocks,” he says.

Other experts say they, too, advise executives to devise an appropriate level of oversight for their cross-functional teams — something that they agree is critical to success as team members often still report up to different managers in various departments within an organization rather than any single team leader.

“So if members have differences of opinion on who, what, or when something should be done, they need to know who has the final say,” Lepsinger explains.

Adobe’s Stoddard says she works with other executives to define team member roles and responsibilities and to articulate how they can raise issues and escalate concerns. In fact, the company holds set “office hours” where individuals or teams can meet with managers to discuss questions and make decisions to ensure the team is successful.

She says that’s how she and other leaders view their roles when it comes to overseeing cross-functional teams.

“I tell people I’m an enabler,” she says, “and that role is really key for cross-functional initiatives to be successful.”