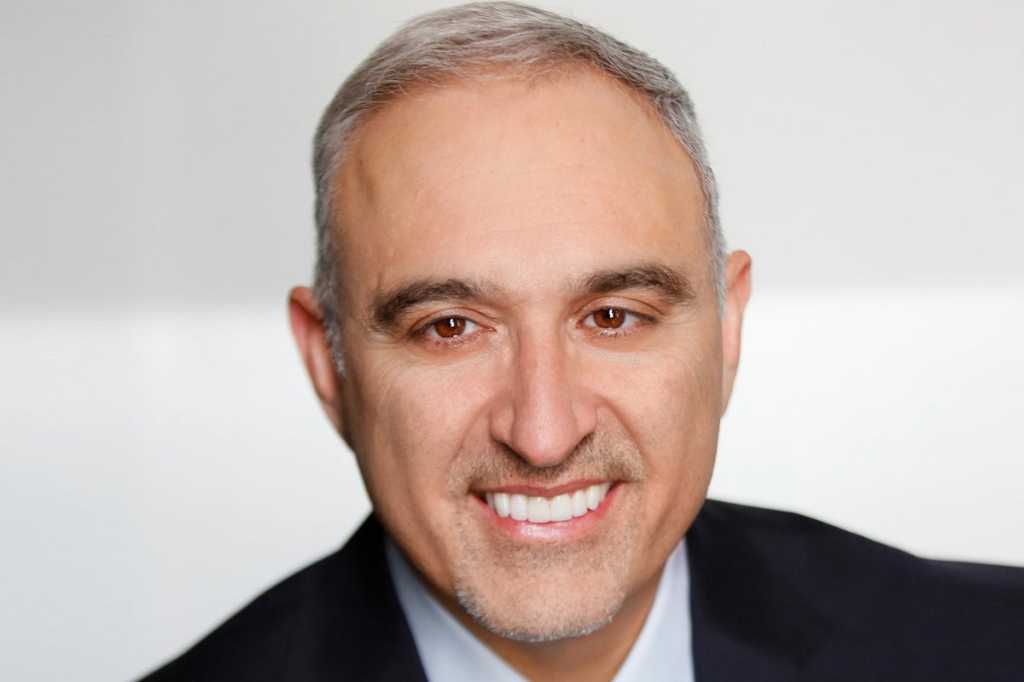 Antonio Neri likes to refer to himself as “an engineer by trade.” First in the Hewlett Packard empire to be promoted up the ranks to CEO since Lew Platt in 1992, Neri is a kind of local hero inside HPE, a man of the people who started in HP tech support nearly 25 years ago, and thrived as a technologist and dealmaker. Today, a little over a year into his job as Meg Whitman’s successor, Neri boasts an engineer’s understanding of HPE’s vast portfolio of data center solutions.

No surprise, then, that Neri has developed a detailed technical vision for HPE that focuses on edge computing and composable infrastructure. But his long tenure has also given him insight into the dynamics of a company recently split in two — and how to keep HPE’s 66,000 employees motivated and innovating after years of tumultuous change. It’s a management challenge on a scale few CEOs ever face.

He also subscribes to the customer-centric religion espoused by most Silicon Valley CEOs. “One of the things I learned early on in my journey is the customer is the center of everything we do,” he says. But partners play a special role, too: “Remember, this company has a partner-centric, go-to-market-led model, so 70 percent of our business is done through our channel.”

I interviewed Neri in HPE’s New York offices the day after the company opened its new headquarters in San Jose. The following Q&A, edited for clarity and length, focuses on Neri’s efforts to modernize and revitalize the company; a companion interview on Network World digs into his technical vision for the modern data center.

Eric Knorr: In a previous interview you mentioned that you and Meg Whitman had to restart innovation at HP.

Knorr: Why did it stop? How did you restart it and how do you create a culture that sustains innovation?

Neri: We never stop innovating. I think there was no sustainability in the investments for long-term innovation. When you have three CEOs in 12 months, it’s a problem. When Meg came on board, she had a massive issue with the balance sheet, because we had $12 billion in debt. When she left, we had $10 billion positive on the balance sheet. We launched HPE Next, which is about rearchitecting the company within, and we are making investments in R&D.

On the innovation side, I think about it in three forms: organic, inorganic, and through partnership. Obviously, organic is our preferred path. Every dollar we make, it’s better for shareholders — for example, HPE Synergy, HPE OneView, HPE Apollo, and HPE Superdome Flex in-memory computing. That’s one aspect and that’s why we keep investing.

On the inorganic side, I’ve done 12 acquisitions, starting with Aruba in 2015 and the last one we did, BlueData Software. That’s important because in order to accelerate innovation, you need IP and talent to augment what you’re doing at a faster pace.

The third one is the partnership ecosystem. That’s why we made announcements two weeks ago with Nutanix on the private cloud side. With HPE Pathfinder, where basically we curate a bunch of companies in the Valley that we think are disruptive and thinking differently. Instead of buying them, we make an investment in them, but let them do what they’re doing and integrate them into our solutions — for example, Cohesity, Scality, and WekaIO.

Knorr: What else have you done to reform the inner workings of the company?

Neri: We’ve invested in IT, because through the last 15 years, all the spins and mergers and whatever, there was no real investment in modernizing the IT side. Now we have an opportunity to really rearchitect everything. When I launched HPE Next we had 11 ERP systems in the company going all the way back to the Compaq merger. By the end of 2020, we’re going to have one. We used to have 23 master data systems; now we have only one. We’re going to have one ecommerce platform and one quote-to-cash system.

Knorr: You started at HP in the ’90s during the Lew Platt era. He is remembered as an embodiment of “the HP way.” How do you view the legacy of the HP way and is it still relevant today?

Neri: It’s still relevant. We’ve just announced new benefits for our employees, which is important because today there is a war out there to attract and retain talent, particularly in the Bay Area. We announced a very specific set of targeted benefits like financial leave, career reboot, and wellness programs that all align to make sure our employees feel good when they come to work for us — but also basically help them build families like every one of us has done in our lives.

Knorr: You’ve been in the job a little over a year now. What has surprised you the most about your new position?

Neri: There was no real surprise because it was a managed transition. Meg and I worked together on the strategy for the company.

I think, from the employees’ perspective, I have a following because I came from there. Even yesterday, I’m just drinking a beer with the employees and they want to take a picture with you, but it’s not the CEO up here. I’m just wearing jeans and sneakers and whatever. That gives a comfort level for employees that says: Well, he’s one of us, he talks to us, he’s with us.

Knorr: Management by walking around.

Neri: Management by walking around is one of those things. I like that because it fosters creativity. I think the most annoying part, honestly, about the CEO job is that it’s the most lonely job on the planet. Everything stops with you. That’s fine; that’s what I get paid for. The other part is the Street. To me, as a first-time CEO, you have to learn the tricks of talking to the Street. My instinct is to be as transparent as I can be, but sometimes it doesn’t work in your favor, so you have to find the right balance.

Knorr: What do you find you’re spending most of your time doing?

Neri: Talking to customers and partners and spending my time on the innovation side.

Knorr: What do you see as HPE’s biggest challenge?

Neri: I think it’s keeping up with the pace of disruption. That’s the bottom line. Speed matters here. Everything changes so rapidly and the fact that you have to continue to innovate, whether it’s new technologies or new business models.

Knorr: You have a long history in this industry. For somebody just starting out in IT, what would you recommend?

Neri: If you’re starting now, it’s a whole different world. Listen. When I started 30 years ago, I had to make copies of books. Now you’ve got social media, you have search, you have all these things that make access to information so easy. But ultimately, there is so much out there you can get lost.

If you’re starting a career in IT, you’ve got to pick a domain and you’ve got to specialize. You can’t be the master of all right now. It’s just impossible. What area interests you the most?

Obviously, we believe the most exciting part today is going to be extracting outcomes from the data. I mean, when I started, all the microprocessors, low-level technologies were important. That’s how we started. But today, it’s all about the software, it’s all about experience, and all about analytics in that context. That’s where the excitement is and that’s why bringing kids back to science and studying data science is an important aspect of it.

Knorr: What’s been the best bit of this journey for you? The best part, the best experience.

Neri: The people, the company, always the people. Because my legacy is going to be the culture I leave behind and obviously the leadership I prepare as they take over. The results are important, obviously. You represent the shareholders, but again, it’s the people.

It’s amazing the caliber and the talent that we have in this company and they’re all enthusiastic about what we’re doing. It’s heavy competition out there. It’s just fight every single day. But I think stability is a key attribute that we put back in the company in the last 18 months.