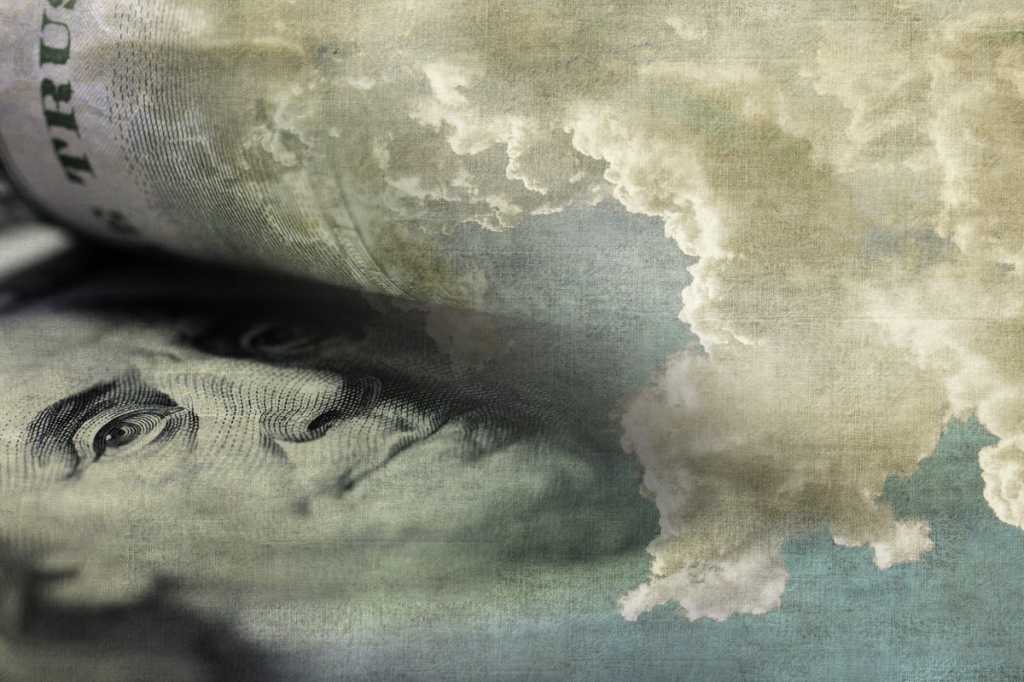 In these days of cloud services and BYOD, you can’t always tell what you’re spending on IT by looking at purchasing agreements.

You can start by asking your finance team, but if you’re a large company you don’t want to be digging through spreadsheets and invoices to find out what you spent on iPads last year, Andrew Bartels, vice president and principal analyst at Forrester, told CIO.com. He suggests turning to Aptio or ServiceNow for services that provide detailed analytics on technology spend and performance. “That will tell you what you spend on Apple versus Samsung tablets; which models and which versions in which departments.”

More broadly, Bartels recommends dividing IT spend into new projects and what Forrester terms MOOSE — spending to maintain and operate the organization, systems and equipment. “The first is about creating new capabilities to help you strategically and operationally; the second is to maintain your current level of business to make sure you can continue to do what you need to,” he says.

But don’t be too prescriptive about the balance between those and how your organization compares to industry benchmarks, he warns. Size, industry sector and where you are in the purchase and replacement cycle all affect what you should be spending. Plus, if you’re below the industry average on IT salary, that might mean you’re running too lean and risk losing qualified staff.

Also worth noting is that these financial figures are all backward looking, Bartels says. “They don’t look forward to the business value you might be getting from technology, because that only becomes clear in hindsight. They don’t give you answers, but they can help you to ask more intelligent questions.”

Cloud costs are a rising part of IT spend, although they’re still a tiny fraction of the total. “Cloud is an annoyance, not a major issue,” Bartels maintains.

Based on Gartner’s predictions of $3.8 trillion in overall IT spending in 2019, $206.2 billion will go on public cloud services and $39.5 billion on IaaS. That means cloud subscriptions will make up 7 percent of U.S. technology budgets this year.

That still adds up to big bills. In RightScale’s annual State of the Cloud report more than half the large enterprises who replied spend more than $1 million a year on public cloud.

Careless cloud usage is often seen as a worry, whether that’s developers and business units signing up for SaaS without going through central IT budgets or ‘lift and shift’ projects that specify the same spec for a VM that you can scale on demand as the data center hardware that was provisioned to cope with peak demand for the next decade.

RightScale found that 40 percent of IaaS instances were provisioned with more resources than the workload needed; ParkMyCloud reports similar overprovisioning by its customers with average CPU utilization of barely 5 percent (although they’re often managing test, development, staging and QA workloads, which may be less demanding than production workloads). Both offer services that highlight services you may be paying for without using — such as storage that’s not connected to any workload, reserved instances that are underused or instances that don’t need to run all the time. FittedCloud also offers automation that can resize some resources without having to stop applications.

Cloud services often offer billing APIs as well as portals with visualizations for budgeting and spend. Using those to understand not just what you’re spending but what you’re getting on it relies on everyone tagging the resources they use for different projects, as well as dealing with things such as the same service showing up as a new SKU if you use it in a different region.

“Enterprises are uneducated and unprepared to manage multimillion cloud costs,” J.R. Storment, Cloudability co-founder and president of the FinOps Foundation, told CIO.com. “They’re often relying on spreadsheets and manual methods, which you can’t do in a world where you’re dealing with hundreds of millions of data points across hundreds of thousands of SKUs.”

AWS bills are notorious for their complexity. SaaS provider AvePoint found it so hard to understand its spending on Azure that it was able to reduce it by 35 percent when it started using its own AIR cost management tool. “We wanted to know if our spend aligned with the revenue targets of our organization,” John Hodges, vice president of product strategy at AvePoint, told us. “That’s a surprisingly hard question for many cloud vendors to answer when their quarterly or month-to-month bills arrive.”

Because it’s funded by multiple government grants, the Broad Institute research center wrote its own serverless tool to check the thresholds on its 300 Google Cloud billing accounts and turn off workloads when they run out of budget.

HashiCorp is approaching this from the other end by showing enterprises the resources and costs for applications before they’re deployed with its Sentinel policy framework and Nomad scheduler. That already lets organizations enforce expiration dates and remove cloud resources that don’t have tags, and it will soon support chargebacks, HashiCorp CTO Mitchell Hashimoto told CIO.com. “With cloud, it’s very easy to turn around and suddenly your bill is ten to a hundred times more.”

In the longer term, the new cloud application packaging standard CNAB (cloud native application bundles) might help by identifying which resources from different clouds and services are used for specific apps. “If you pull your cloud subscription information and look at all the things that are running, there will be hundreds of thousands of resources and being able to tell which of those resources is part of which logical application is something that is just too difficult to do today,” Gabe Monroy, lead program manager for containers on Azure, told CIO.com.

“CNAB will make that possible and over time it will get easier to track and audit what’s been deployed. This is an area where the amount of flexibility public cloud has provided in this explosion of different resources has really moved the dial on agility but the pendulum hasn’t swung back to providing good management constructs around what are all those resources that you’re spinning up and managing,” he says.

Who pays for SaaS?

The same principle of knowing what you’re using and why applies to SaaS, but fewer CIOs are thinking about it, Eric Christopher, CEO of SaaS management platform Zylo, told us. “The nature of SaaS is that it’s hidden. When we ask them how many SaaS apps they have in the organization, we find two to three times the numbers of apps that IT, procurement or anyone in finance is able to see.” (Siftery Track and Productiv.ai offer similar options for discovery and tracking usage.)

That can be as much about support and the security of sensitive data — both of which have cost implications for the IT team — as it is about allocating licences to users, negotiating what the organization pays for the service and managing chargebacks. If IT doesn’t know about the services that are in use, they can’t measure utilization to understand whether services are delivering productivity, or make sure that employees are deprovisioned from those services when they change jobs or leave the company.

Christopher says Zylo customers can find that half to three quarters of application spending is outside of IT management, especially for collaboration and video conferencing apps. “By measuring, you can get a bit of cost containment but you can also get a better understanding what the full cost of an employee is based on SaaS licencing,” he says. “CIOs are missing a major opportunity to drive costs and collaboration out in the business because they don’t have a strategic system of record of all SaaS in the business.”

That is particularly important when departments (“it’s almost always marketing,” Bartels notes) that chose their own cloud solutions turn to IT for help as licence costs rise.

“CIOs have tended to take the view that as long as the app is not pulling company or client data into the cloud that they’d like to know about it but they’re not going to worry about it,” Bartels points out. “But what’s increasingly happening is the spending tends to get pulled back into the IT budget over time and become part of operations as opposed to a source of differentiation. The CMO says, ‘Our costs are going up 50 percent a year, we don’t know what to do, can you take over and manage this contract?’”

Anecdotes about companies spending more on Salesforce than on SAP are becoming more common, but the broader issue is about what cloud service costs are based on, he says. “They may be tied to metrics that are not the ones that you assume,” says Bartels. “One of the things we want CIOs to worry about is the potential for being locked into multiyear SaaS contracts where the price is linked to a metric that’s independent of your business revenues. Say the metric is number of transactions; in a recession the number of transactions might not go down but the dollar revenue of individual transactions would go down. Your revenue would drop, but the cost of those transactions wouldn’t.”

He recommends having dedicated vendor management teams who manage SaaS contracts proactively, both to manage contract costs and to request additional functionality. Those teams should be looking at alternative services you could switch to and mentioning that in negotiations on price and features. “Otherwise, you end up with SaaS solutions that fail to meet your needs and yet are costing you more and more.”

Two thirds of larger organizations in the RightScale survey already manage cloud services and spending centrally, but that can end up replicating the same bureaucracy and delays that developers and individual business teams went to the cloud to avoid.

The new FinOps movement attempts to square the circle by using centralized purchasing for rates and discounts with options such as reserved cloud instances while still giving development teams both visibility into costs and accountability. The idea is to make real-time decisions using economic metrics that make sense to both the business and technology functions.

“You shouldn’t worry about how much you’re spending but you do need to worry about the economics of your application or business unit,” Storment says. “You can find out how much your cloud usage is costing you but how is that driving the business, how much should it be costing you? That’s really hard to get at.”

Increasingly, organizations use multiple technologies, services and clouds in a single application, Cloudability CMO Jay Wampold points out. To really understand costs, they have to take that into account, and match it up to business value.

“You might be running some IaaS and some PaaS on AWS, using SendGrid to send mail, using the Akamai CDN,” he says. “You need to understand the fully loaded cost. Knowing your cloud spend and how that ebbs and flows in response to revenue is one piece of that, but in the longer term it’s about meaningful economics per unit. I know what each of my customers costs me based on CPU, network, RAM, storage; that’s all automated and fed back into internal tooling, putting very granular data in front of individual teams so they can make real time decisions. My top ten most prominent users might cost me money; is that OK?”