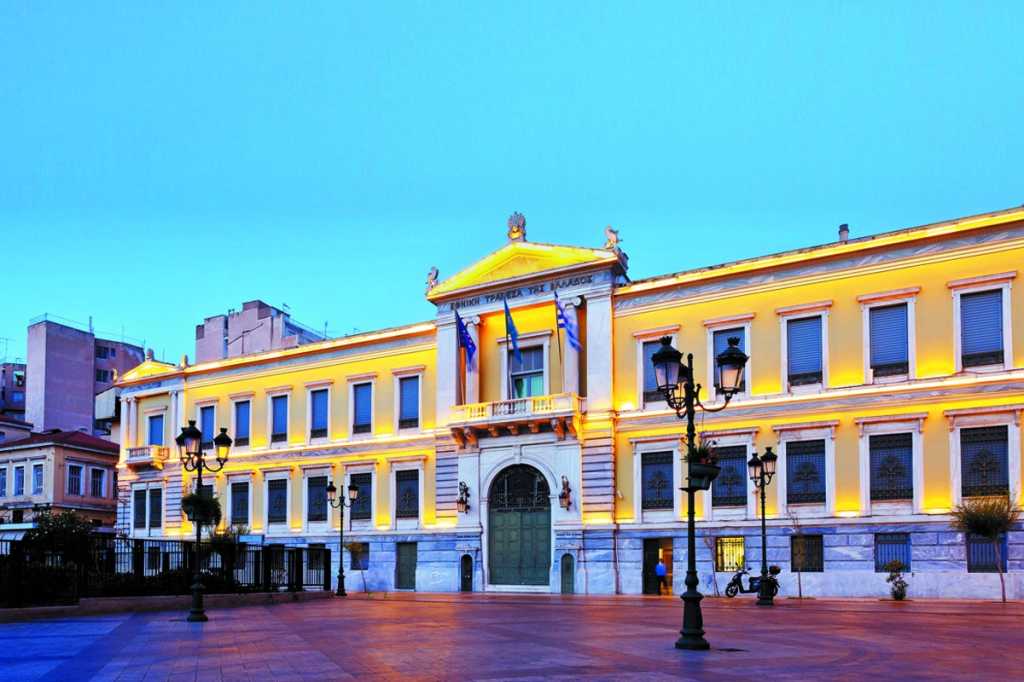 The National Bank of Greece (NBG) is a global banking and financial services company with its headquarters in Athens. The bank currently has over 500 branches throughout Greece.

One of the bank’s key objectives is to establish customer-centric digital banking through technological transformation. To meet this goal, the bank had to reinvent its network infrastructure with the newest available solutions. The bank needed to focus especially in the field of network switches.

NBG needed to meet its fast business growth. To do so it must change both the network architecture and devices for more than 200 branches (Phase 1 of the project — a total of more than 500 in Phase 2) and 32 buildings (Phase 1) throughout Greece. Many of the legacy switches were more than ten years old and had been out of support for years. There was an emerging need to replace aged equipment as soon as possible.

“It was a very big project and a huge challenge all in one, because of how the systems were spread. We were looking for a secure and reliable solution which could provide us with high speed, great quality, and as less disruption as possible during installation and as light maintenance as possible. That last one was our main requirement and top priority — we wanted to invest in the equipment that you can simply buy, install and forget,” said Antonis Chatziparaskevas, Deputy Director, Division of Group Operations and Infrastructure at National Bank of Greece.

Financial services have high requirements for reliability. If a network failure occurs, the impact will be huge. NBG wanted switches to be as smooth as possible. They also expected the new network to be compatible with the existing authentication system and IP Telephony of the Bank.

NBG was experiencing an explosive growth of business data. This was due to an expanded business scale and scope as well as the rise of mobile payment and other new businesses. The growth was straining the original network bandwidth and scalability. It was unfeasible to enhance the network capacity by simply increasing the number of devices. Thus, a new network that was easy to expand had become an urgent demand.

NBG also had considered changing technologies. Due to this, the IT team were required to learn new products and methods for solving potential issues. Easy configuration of new equipment as well as instant support from Huawei was a critical feature. It was as important as the actual price and total operation and maintenance costs.

NBG started to look for a vendor that could meet their expectations. Several of the companies invited included the manufacturers of the switches used prior and Huawei. Huawei’s solutions passed all the tests and suited the project in its entirety. These solutions gained the highest mark among the rankings of the top five vendors invited to the tender.

NBG used an ICT solution of network access control provided by the producer of the previous switches. This system prevents anyone from plugging an unauthorized device to the network. At first, there were some concerns about whether Huawei’s switches would cooperate adequately with the system. Huawei was to prove its unmatched interoperability with the legacy network access control system.

The S7700 implements the innovative Cluster Switch System (CSS) function through switch fabrics. This addressed the problem of low switching efficiency caused by multiple switching processes during inter-chassis forwarding. The links between chassis in a cluster can be bundled to improve link utilization and eliminate single-point failures.

Despite the huge scale of the implementation process, only one technical problem occurred. NBG raised it to Huawei technical experts and it was solved immediately.

“We received an exceptional support from Huawei. They were fast, straight to the point and dedicated to solving the issue. After that, our impression of Huawei is very positive,” stated Antonis Chatziparaskevas.

In general, the entire project went smoothly, without any additional technical difficulties. The devices have been operating for more than four months. Since the implementation, NBG has not experienced problems with their new network.

“Usually, we are very demanding when it comes to IT purchases, especially where big scale implementations are involved. This time, I actually have no complaints. I would love to have more projects like this one,” admitted Antonis Chatziparaskevas.

A 100 times faster network for the next decade

The project achieved its main goal, as the new devices need very limited involvement of the IT staff.

“Our network is 100 times faster and, what’s even more important, it is now almost maintenance-free. In the past we had many problems with switches that were going down because they were simply old. We had two or three such cases per month and now we have none. A lot of time is being saved, and that can be used for other tasks. The savings are obvious,” said Antonis Chatziparaskevas.

Migration from the old switches to Huawei’s devices brought a 100 times increase in the nominal network bandwidth. The bandwidth increased from 100 Mbit/s to 10 Gbit/s (and is ready for an upgrade to 100 Gbit/s). This is important for departments’ daily work that demands high transfer speed, such as marketing or IT teams. Installed aggregation switches allow the opportunity to expand in the future. The switches are scalable with 20 percent to 30 percent port expandability.

“New switches will be able to serve the bank for the next 10 years. This is also why we chose them,” stressed Antonis Chatziparaskevas.

About the National Bank of Greece

Established in 1841, NBG was the first bank to be set up in the Modern Greek State. It played a key role in Greece’s economy throughout its 176-year history. Today NBG heads one of the largest financial groups in Greece. It plays a crucial role in efforts to support the Greek economy and the economic and social transformation of the country. NBG offers a wide range of financial products and services to meet the ever-evolving needs of private and business customers.

The Bank considers itself to be the preferred bank of families in Greece, as it controls one-fourth of the retail banking market. Its leading position in savings deposits reflects the trust of its customers who in essence comprise NBG’s driving force. With an extensive branch and ATM network comprised of over 538 branches and 1,471 ATMs, NBG covers the entire geographical area of Greece. It also developed state-of-the-art e-Channels that include Mobile and Internet Banking. Today, NBG’s international network includes 65 units, while the Group employs some 11,074 employees (as of September 2018).