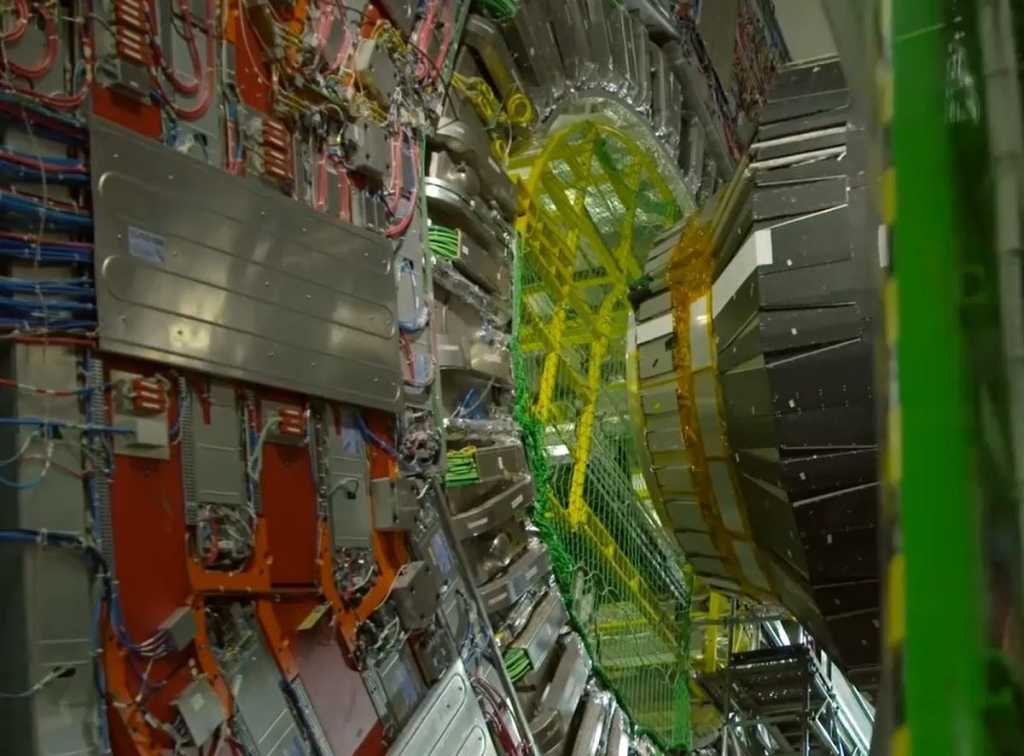 Physicists and engineers at CERN use some of the world’s largest and most complex scientific instruments to answer incredibly hard questions. What is the universe made of? What happens when subatomic particles collide? What are the secrets of the smallest building blocks of our universe?

Questions like these are all fair game for the researchers at CERN, who use their gigantic scientific instruments to study the smallest and most basic constituents of matter. These instruments include the Large Hadron Collider (LHC), the world’s largest and most powerful particle accelerator. Launched in 2008, the LHC encompasses a 27-kilometer (16.8-mile) ring of superconducting magnets with accelerating structures to boost the energy of the particles along the way. The beams inside the LHC are made to collide at four particle-detector locations around the accelerator ring.

Founded in 1954, the CERN laboratory sits astride the Franco-Swiss border near Geneva. It was one of Europe’s first joint ventures and now has 23 member states. Serving thousands of physicists around the world, CERN is considered a prime example of international scientific collaboration.

One of these particle detectors is known as ALICE, for “A Large Ion Collider Experiment.” ALICE is designed to study the physics of strongly interacting matter at extreme energy densities, where a phase of matter called quark-gluon plasma forms. ALICE detects this state of matter that is thought to have formed just after the big bang that gave rise to our universe.

This is where Ulrich Fuchs enters the story. Ulrich is the IT service manager for the ALICE experiment. In that role, he runs an around-the-clock data acquisition system that operates 250 days a year. In a new Dell Technologies video, Ulrich talks about how his organization is leveraging Dell EMC PowerEdge servers as the foundation for its high performance data analytics platform to serve the needs of ALICE and its researchers.

“We can use the same platform basically for all the tasks, which are done in the group,” Ulrich says. “So, from exportation and running the real-time system for the experiment to running a compute cluster, we have one server platform that basically covers all our needs.”

So, why did CERN make the Dell EMC PowerEdge portfolio its go-to platform for ALICE? That comes down to things like reliability, power efficiency, performance and motherboard design.

“To run a data acquisition system 24 hours per day, 250 days per year, we wanted really solid hardware with very low failure rates and good support,” Ulrich says. “The response to our requirements were the PowerEdge servers.”

In the video, Ulrich notes that, with a new motherboard design in the latest generation of the PowerEdge family, his organization has reduced power consumption by 20 percent while realizing a 4x gain in performance.

Management, too, got a lot easier with the new Dell EMC OpenManage Enterprise software for the PowerEdge platform.

“We can now, with one person within half an hour, deploy configurations and updates on 300 servers, while before updating servers was basically one person for 15 servers in a day,” Ulrich says.

At Dell EMC, we’re gratified to hear comments like these from an organization that we have worked with for years. When it comes to an ambitious undertaking like CERN, it takes a whole global village to drive scientific advances. We’re happy to be a part of that team.

For a closer look at CERN and its use of the PowerEdge platform, watch the video “How the IT Staff at CERN Get More Sleep with OpenManage Enterprise.”