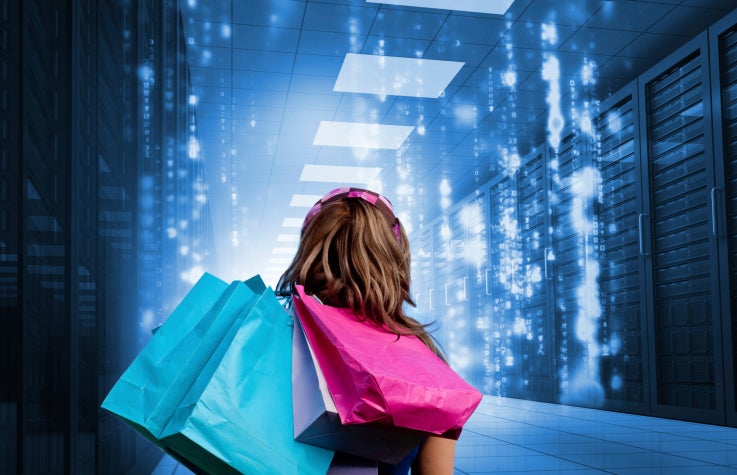 Six months later Wheeler became its CEO, and now finds himself dealing with a restructuring, a rebranding and a rebuilding of key IT systems in a bid to make online sales of intimate products even more personal.

Beate Uhse, the company’s late founder and a former stunt pilot, is credited with opening one of the world’s first sex shops in 1962, building on her earlier mail-order business focused on contraception and advice on sexual health.

That first shop turned into a nationwide chain of stores — 150 at the peak — with others under the brands Pabo and Adam et Eve in Belgium and France. In 2017, though, after a decade of intense competition from online rivals, the company became insolvent, and has since restructured to focus on 29 stores in Germany, Belgium and France, as well as its web properties, which sell online to customers in Austria, the Czech Republic, the Netherlands and the U.K. as well.

That web presence is key to the company’s makeover, which includes rebranding everything as Beate Uhse. The websites have already adopted a common logo uniting the three brands around the tagline “Be You.” From September, says Wheeler, “We’ll align that to one website and launch in another 14 countries.”

Wheeler joined the company just as it emerged from insolvency, following a round of cuts that included a 50-percent reduction in IT costs, primarily via consolidation and by removing duplication. For example, “We had five different recommendation tools, all doing little bits of recommendations online,” Wheeler says.

The company is also migrating its four on-premises ERP systems to a single cloud-based solution, Microsoft Dynamics 365, which will speed up Beate Uhse’s financial reporting, a challenge for a business that has had up to 60 subsidiaries. “By September, we will be essentially one trading entity and that, in management of IT systems, makes life a lot simpler,” Wheeler says.

That understanding has led Wheeler to move some e-commerce promotional activities and product information management (PIM) functions to SAP’s cloud platform instead.

“We used to be a catalog business like many retailers have been, and that left us with very old PIM systems and image management systems which are phenomenally expensive,” he says, adding that shifting those functions to a mix of Microsoft, SAP and Adobe tools has saved the company over £500,000 (US$630,000).

That PIM move is part of a wider migration from an on-premises SAP Hybris e-commerce system to SAP Commerce Cloud, performed with the help of another systems integrator, Poet.

As part of Beate Uhse’s transformation, Wheeler wants to personalize the websites for visitors, offering advice and products based on their previously expressed preferences.

This might seem a challenge in a business where customers expect their orders to be delivered in plain brown wrappers with no company name in the return address, but Wheeler is bullish. Those same customers, he says, are happy to visit the website and put their real name on a product review.

“People are sharing in a confidential way,” he says. “They’re not sharing it with everybody.”

Knowing just who customers are sharing data with is important for Wheeler. “The first SAP add-on I purchased was SAP Customer Data Cloud. It tracks which terms and conditions people have agreed to, and which systems you’ve saved information in for each customer so should you receive a request to delete their information you know all of the different platforms it’s in.”

Wheeler wants customers to share more than just their real name, though. As part of a plan to position the company as a trusted advisor to its customers, a bot on the new website will ask people what they are interested in and orient them towards relevant content on the site, products for sale, or a chat with a human expert.

“We’re going to have an option to record what preferences you discuss with the bot, and it’ll obviously be opt-in, which we will pull into your profile to help us recommend the right products going forward,” he says.

Persuading people to discuss their tastes — even with a bot — is going to be a key part of getting those recommendations right: “You can’t make broad assumptions in people’s sexuality because people like different things for different reasons.”

Aware that the new website’s customers will be a cosmopolitan crowd, Wheeler has taken care to bring in suppliers from around Europe. Prodware is French while Poet, a German company, is implementing a website design created in London. The chatbot developer, CX Company, is Dutch, while the platform for connecting customers with experts on demand comes from iAdvize in France.

When the new website launches in September, Wheeler wants to have product descriptions and other content ready in English, German, Dutch and French. SAP Commerce Cloud, he says, is making it easier for his small team to manage the translation of that content. Spanish and Italian will be next.

Language has also been a sticking point for one of Wheeler’s biggest challenges now he’s in the CEO role: Finding a new director of IT. He wants someone able to blend agile and waterfall, with experience of web and retail — and also, because the role is based in Hulst, Netherlands, fluent in both English and Dutch.

While he looks for the ideal candidate, he’s leaning heavily on the likes of Poet and Prodware. “If you get the right partners you can drive fast. If you get poor partners, you get dragged backwards.”