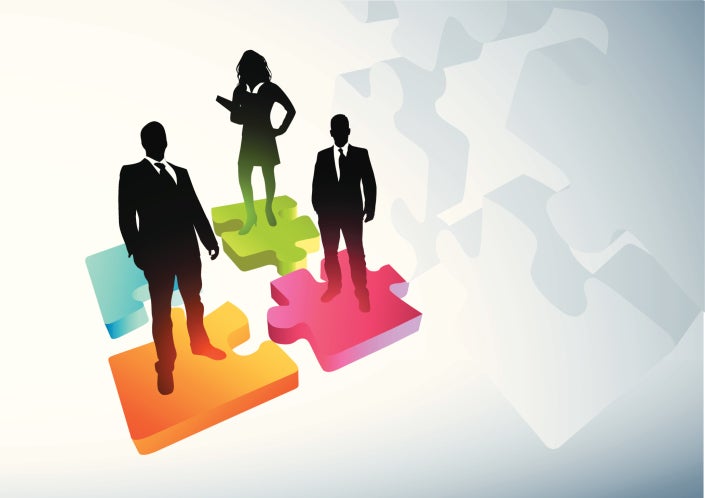 It should be obvious by now that we live in a data-driven world. But what that ultimately looks like is only now starting to take shape. Part of this new trend is driven by customers. But if you’re looking for the large, seismic shifts, look to enterprise. We’ll get to that in a second.

The ‘90s were transformed by the internet. It was obvious early in that decade that we were never turning back. But online retail was still slow to develop. It would be another decade before online overtook brick and mortar. Smart enterprise, however, immediately made the shift. Remember, the term SEO didn’t exist before the ‘90s.

Search engines were so powerful and game-changing that they created an entirely new industry built solely on trying to optimize content to fit them.

In 2007, smartphones presented a similar shift. The transformation of commerce wasn’t instantaneous, but the phone went from being an accessory to our most prized necessity. It’s hard to remember that it took another decade for mobile retail to really take off; but again, businesses shift slower than consumer habits.

During most of this time, CRM tools have been the standard for enterprise. When first invented they were a game-changer and rightfully so. Being able to have a database of business contacts, collect information, and make appropriate follow-ups is great. And it was far superior to using filing systems and a Rolodex. The only issue is, that process itself is now starting to feel like brick and mortar retail. It works; but, it’s not optimal and better solutions are now available.

It’s not enough to just keep track of your contacts anymore. Because how we advertise has changed massively due to the above-mentioned shifts in mobile retail. There is a strong shift in the very nature of how people even shop.

They aren’t making a specific trip to go shopping or looking up a specific site. They are being triggered by text messages, Instagram feeds and other direct sources. In 15 years, we may never refer to retail as “shopping” again. It’s more personalized, more time-based and more relationship driven.

This is where having a lot of great data as a company can be an asset. The more you know about a consumer, their habits and their affinity level for your brand, the more able you are to deliver the right message at the right time.

A data management platform (DMP) has become the next evolution toward where we are heading. Where we are ultimately heading is one solution that collects your data, determines appropriate actions, pulls in creative and becomes a 360-degree progressive advertising solution.

That transition has been clunky for some companies. Salesforce has been the leader in CRM for quite some time and built a strong brand doing so.

But the platform is losing ground in DMP and experience management (CXM). Time Inc., Pandora, Best Buy, the MLB have expressed frustration over identity management, data storage, post-sales support, the lack of ecosystem and unmet expectations around usability. All of these companies have recently jumped to Adobe, which is starting to wield more power in this space.

Part of that is natural. Adobe has always been known for its creative cloud solutions and as data, targeting and personalization steer product needs toward a combination of creative and data solutions it’s creating a value proposition only they can meet.

I would not expect Salesforce to hang back and concede this space. They have been successful for a reason. Right now, however, Adobe has the jump on them. It’s rare territory for a company that hasn’t been challenged in recent years.

Recent news about Salesforce partnering with IBM’s Watson is the beginning of what we can only assume their ultimate response will be. Expect a combination of internally created solutions and strategic partnerships.

But they will have to act quickly, as Adobe is already there. Salesforce is lagging when it comes to supporting mobile-first customers and customers on emerging platforms. That is clearly the next battleground. Adobe supports flexible identity management across devices. This has led to an increase of mobile-first customers leaving Salesforce for Adobe. These customers include big names such as Uber, Pandora, and Spotify.

The biggest issue to address will be that Salesforce doesn’t have its DMP fully integrated with its own Marketing Cloud. This is something that has to be—and will be—a priority.

Just like the retail transition to Internet or smartphones, there is now an increasingly obvious trend toward people leaning even more into their phones as their primary purchasing platform. How you collect data, target market segments, reach prospects and integrate that all into a marketing cloud is what “advertising” will now look like. You will create experiences instead of discrete ads.

A Don Draper-like figure in a corner office coming up with the perfect way to sell Product X to the masses can’t exist anymore. Not because that talent isn’t valuable. But rather, because the tools we have now are just better. Even the best creative is only going to be 50% effective at best.

Being able to test campaigns before you launch them and target people in the best possible way all lead to one thing: certainty. And enterprises, above all, value certainty and fluidity.

They want things to just work and data to transfer freely so that marketing, creative, sales, and data teams can easily collaborate.

And they don’t want to guess or launch something based on a strongly informed hunch. They want to launch and can launch things now with 95% certainty before it even goes live. There will always be variables but the new value in reaching customers won’t be how creative you can be but how certain you can be going forward.

This puts Salesforce and Adobe in a different position than ever before. In the past, the pattern has been Adobe chasing Salesforce. Now, the paradigm has shifted toward the unique assets Adobe has. No one else can say they have top creative, data and marketing solutions. Through smart acquisitions and a little luck in how the market has shifted, it would appear they have the upper hand for now.