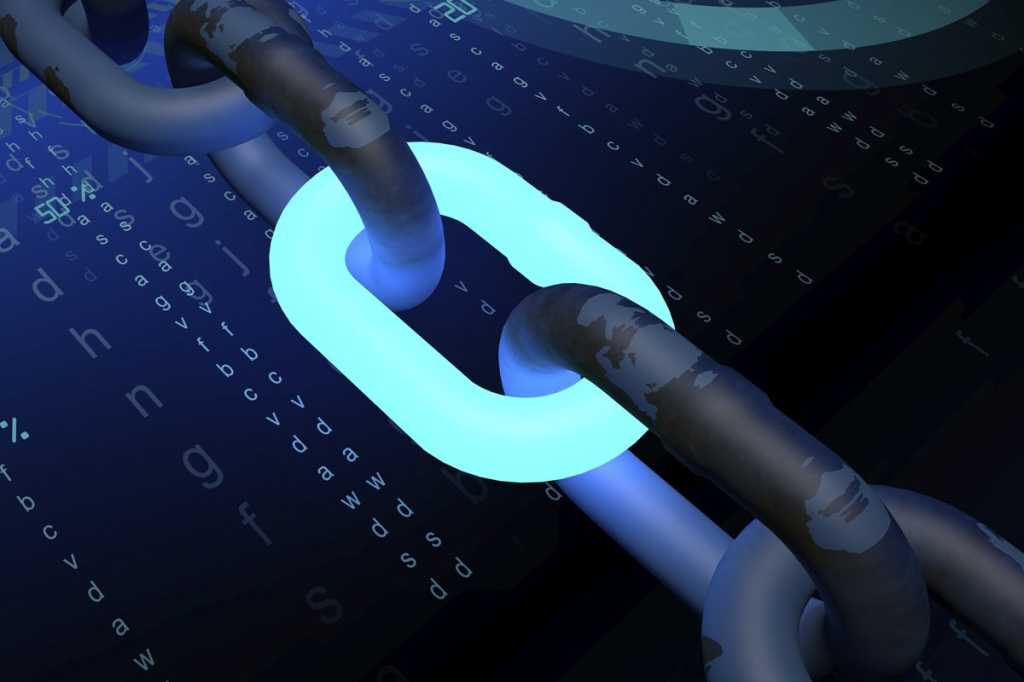 Though blockchain technology is arguably in its nascent stages across most of the Middle East, governments in the region are beginning to leverage the technology to streamline public administration, bolster financial services and optimise business processes.

Blockchain is a distributed ledger technology (DLT) in which a growing list of records, or blocks, are time-stamped and linked using cryptography. The peer-to-peer (P2P) nature of blockchain allows data to be stored globally on thousands of servers, making it almost impossible to tamper with.

Although blockchain first became known as the underlying technology for bitcoin, its applications go beyond cryptocurrency, particularly within markets that require transactional trust or personal privacy between two or more parties. For example, blockchain-based healthcare tools have been widely relied on during the COVID-19 pandemic, as blockchain can maintain the personal privacy inherent to healthcare data while providing the speed, efficiency, and accuracy in data transference crucial to supporting vulnerable populations.

Within the public sector, a growing number of governments around the world are using blockchain to improve services and meet the rapidly changing needs of their citizens.

Gartner forecasts that blockchain will generate an annual business value of over US$175 billion by 2025 and rise to over $3 trillion by 2030.

Here we review some of the most interesting blockchain initiatives in the MENA region.

Since the establishment of the Emirates Blockchain Strategy in 2018, the nation has established itself as a global leader in blockchain innovation. In February 2020, Smart Dubai, the government office charged with facilitating Dubai’s citywide “smart” transformation, reported that government and private sector companies in the Emirate have implemented 24 blockchain use cases. The applications range across eight industry sectors, including health, transportation, and education.

In July last year, Dubai’s Department of Economic Development (or DED) and state-run bank Emirates NBD announced the rollout of the UAE “Know Your Customer” blockchain platform. During the first stage of the project, the DED transferred all active trade licenses onto the platform and announced that over 120 companies had on-boarded via Emirates NBD.

“This marks a key milestone in establishing a UAE-wide ecosystem for KYC data sharing and instant digital onboarding of companies by financial institutions,” Omar Bushahab, CEO of the Business Registration & Licencing (BRL) sector in the Dubai Department of Economic Development (DED), said in a press release on July 28th. “It is in alignment with the government’s vision around digitisation and paperless as crucial strategies that enable continuation and sustainability, especially during these challenging times, further enhancing ease of doing business in the country.”

In January this year, the Dubai Financial Services Authority announced its intent to introduce a regulatory framework for “diverse digital assets” as part of its 2021-2022 business plan. This framework would expand on the existing DFSA regulations on crypto issuers and trading platforms.

Iran has been showing more interest in blockchain than many other countries in the MENA region.

The Islamic republic has seemingly become increasingly interested in cryptocurrency, with some sources reporting that this could be a way of circumventing the economic sanctions imposed by the U.S.

In May 2019, the Central Bank of Iran (CBI), in partnership with Areatak, a local blockchain enterprise, started developing a national blockchain project for the finance industry. Known as the Borna platform, the CBI expects to use it as a central digital platform for Iran’s banking and financial sectors.

However, the developers of Borna also claim that the platform could be applied outside the banking industry for uses such as digital identity.

The CBI has also collaborated in the establishment of Iran Blockchain Labs, a research, advisory and innovation hub focused on blockchain technology. Based in Sharif University of Technology, the mission of the lab is “to define a roadmap for the utilisation of blockchain technology within the country”.

Key focus areas of the lab include blockchain-based research, training, consultancy and facilitating relevant seminars and events to promote a blockchain-aware culture.

APM Terminals Bahrain announced in early 2020 that ports in the small island kingdom would integrate with the blockchain shipping platform TradeLens.

TradeLens has already been adopted by the Khalifa Bin Salman Port, Bahrain’s only commercial port, and is transmitting data on a “trial basis” according to APM Terminals Bahrain chief executive and managing director Susan Hunter.

TradeLens, developed by Maersk and IBM, includes an ecosystem of over 100 carriers, ports, terminal operators and third-party logistic providers that provide and subscribe to an array of shipping-related data.

The aim of integrating with TradeLens is to provide all shipping stakeholders with the ability to collaborate, and to have a clearer overview of the transactions and data that are created as cargo moves along its trade route.

In 2019, new legislation in Egypt opened the way for the Central Bank of Egypt (CBE) to issue rules regulating cryptocurrency trade. This was a U-turn from 2018’s “fatwa” by the country’s Grand Mufti, which forbade cryptocurrency trade under Islamic law.

Though licenses are needed to operate platforms for issuing or trading cryptocurrency, the new law paved the way for the use of blockchain in financial services.

In February 2020, the National Bank of Egypt announced the signing of a cooperation agreement with Ripple to leverage blockchain to establish new channels for inward remittances. Ripple is a technology that acts as both a cryptocurrency and a digital payment network for financial transactions. The National Bank hopes to streamline remittance payments for expats living in Egypt while adhering to the nation’s strict financial regulations.

Deloitte dubs Israel “a hotspot for blockchain innovation.” The country has positioned itself as a global leader for technological innovation, particularly when it comes to the military and defence, where it spends a massive budget developing high-tech equipment.

Israel, which serves as one of the main tech incubators in the Middle East, has the highest concentration of technology companies outside of Silicon Valley and the greatest number of NASDAQ-listed technology companies after the U.S. and China. Its technology industry accounts for 15.7 percent of the country’s GDP.

There are numerous Israeli entrepreneurs and start-up, as well as leading Israeli universities, that are currently developing a wide range of blockchain applications. In 2019, Tel Aviv University (TAU) launched the Hogeg Institute for Blockchain Applications, a centre with the mission of developing blockchain uses in areas such as healthcare, law, business or government.

Some go as far as claiming that blockchain could help bring peace and unity to the region. Writing for The Times of Israel, rabbi and blockchain expert Andrew Bloom said that a “blockchain-centred joint-project between the UAE and Israel may help to lessen tensions throughout the region, as the technology can be used for such things as water allocation, desalination, humanitarian aid, and other necessary services whose current lack of efficiency, lack of trustworthiness, and general bureaucracy may be hindering progress.”

In the wake of normalization deals between Israel and Gulf states Bahrain and UAE, this could come to pass. Sensing new opportunities, venture capitalists in the Gulf and Israel have already started working together.

The Sultanate of Oman announced in July 2020 its partnership with Oracle to support the government’s overall digital transformation efforts. This includes exploring the potential of emerging technologies like Blockchain across 120 government and semi-government entities.

The developments come after the government of Oman launched the Blockchain Solutions and Services Co. (BSS), a body with the mission of promoting blockchain infrastructure, adoption and implementation in the sultanate, in 2017.

“We are a government entity which has been given the task to roll out needed blockchain infrastructure for the country and we are working closely with all other stakeholders. We are working with multiple government entities to establish infrastructure and to provide proper regulations,” said Dr Khalid MW Tahhan, CEO of BSS, during a keynote address at the Blockchain Oman Forum.

As part of the “Saudi Vision 2030″ national programme, Saudi Arabia’s Riyadh Municipality recently declared that it will be forging ties with IBM to work on a strategic plan to integrate blockchain technology in the country.

And like some of its neighbours in the region, the Saudi Arabian Monetary Authority (SAMA) has partnered with Ripple to facilitate the adoption of Ripple’s cross-border payments technology by banks in the country.

Turkey’s Minister of Commerce, Ruhsar Pekcan, said in early 2019 that her ministry “is working on a new system that will expedite both export and import transactions via blockchain.”

Pekcan added that through this initiative, the Ministry of Commerce will be the first public body in the new “Turkish Blockchain Platform”, a project founded by the Turkish Informatics Foundation (TBV).

According to the “Turkish Digital Strategy for 2023”, the government seems to be making good on its blockchain promises. The latest strategy announcement outlines Turkey’s plans for a ‘National Blockchain Infrastructure’ that will support blockchain projects in the country.