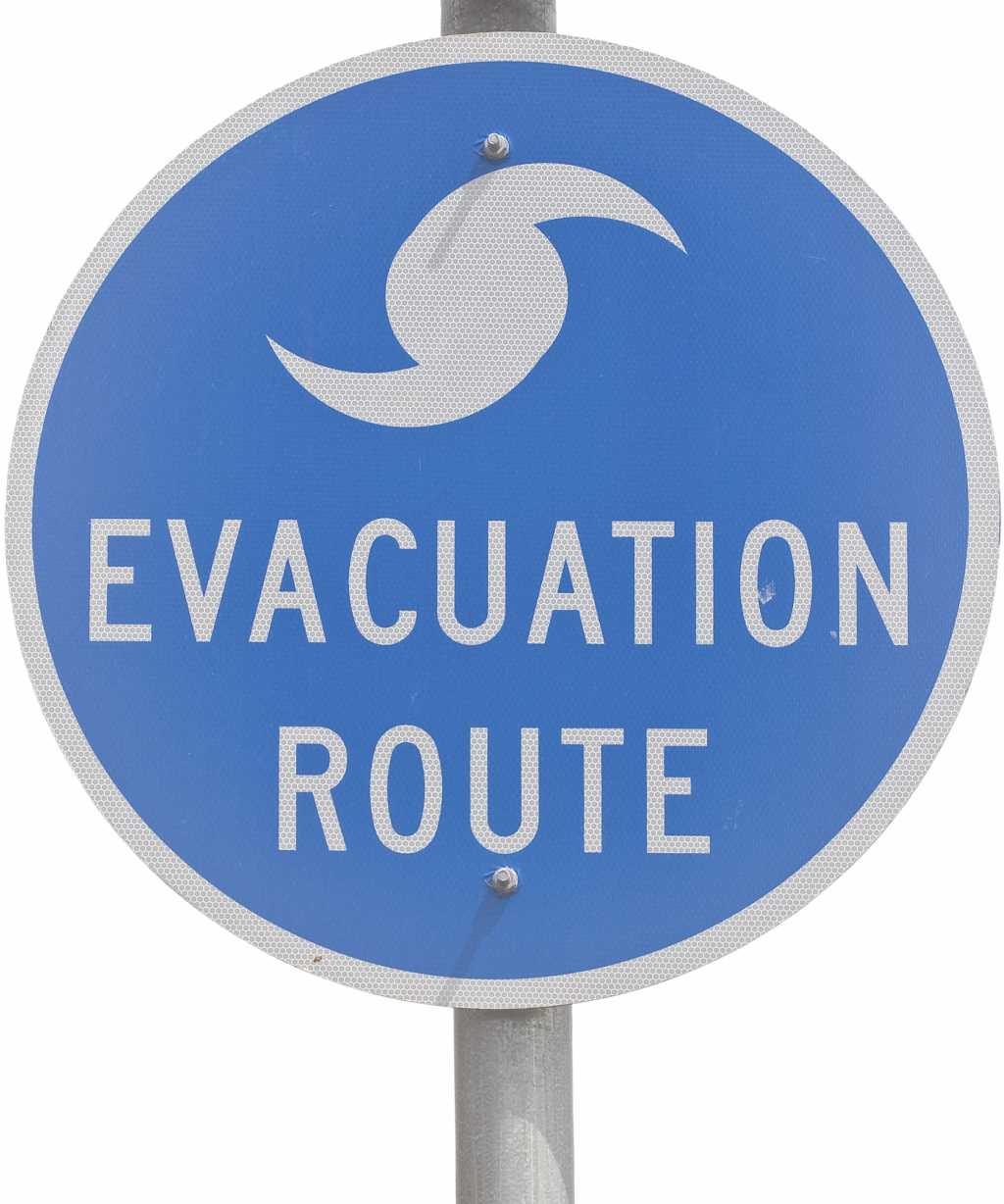 In October 2018, residents in the Florida panhandle braced for the impact of Hurricane Michael. Thankfully for those residents, the 14 members of the Tallahassee/Leon County GIS (TLCGIS) program had been preparing for the devastating effects of the storm and its aftermath for months.

By leveraging GIS technology and data visualization, TLCGIS was able to help coordinate emergency response among numerous government agencies, law enforcement and emergency services to save lives, support residents and help the area recover from the storm.

Here is an inside look at how TLCGIS put technology to work in great service to its citizens and community.

Data visibility in time of disaster

The interlocal TLCGIS program is a collaborative agreement between the City of Tallahassee, Leon County Government, and the Leon County Property Appraisers Office. It provides GIS data and services year-round under the Leon County office of information technology.

But when disaster strikes, TLCGIS is activated as part of an emergency response team, and is embedded with 58 other agencies, nonprofits and government departments in a physical Emergency Operations Center (EOC). Together, to help support emergency and law enforcement responses, the entities take in, assess and distribute information from a wide variety of sources, including road closures, power infrastructure status, flooding, property damage, and emergency shelter locations and capacities.

GIS mapping and data tools have been central to hurricane response and recovery efforts in Leon County since Hurricane Hermine in 2016, says Scott Weisman, GIS program coordinator for Tallahassee/Leon County. But many key elements were tracked on a whiteboard or on paper, or data was siloed in systems that didn’t share well with one another. While functional, the systems and processes were inefficient, slowing down assessment and recovery efforts.

“Much of the important data would be tracked on whiteboards, and every time someone would come into the room they’d say, ‘Is this accurate?’” Weisman says. “If it was, okay, but if it wasn’t, then we’d have to be constantly erasing and updating, or pulling current info from different systems and then disseminate that info to the appropriate people. It worked, but it could improve.”

After Hurricane Irma in 2017, the TCLGIS team set out to integrate the disparate data streams from partner agencies, nonprofits and first responders in an effort to stream it to real-time, visual dashboards that could make preparation for and reaction to future storms more efficient and effective, says Ned Cake, GIS integration specialist with Tallahassee/Leon County.

The project involves a suite of tools for internal and external use across all phases of disaster, ranging from damage assessments, debris collection, to close integration with the activities at the EOC. Data is integrated into map applications and dashboards to provide a common operating picture during any natural emergency, says Pat Curtis, CIO of Leon County.

“WebEOC allowed us to put [wide-ranging data] into one database and automate it, and then with GIS technology and ERSI to be able to visually see the data helped see the scope and scale of the problems,” Curtis says. “How many traffic lights are out? How many trees are down? Did power come back online in this neighborhood? How many people are in shelters, and what is the capacity?”

One major application of the platform is the Initial Damage Assessment (IDA) Collector, which is used by local government assessors and FEMA to chart initial damage assessments to inform government and community response. IDA Collector was developed, tested and documented throughout the previous year, during “blue sky” periods, says Weisman. GIS staff used geoprocessing models to extract existing, highly accurate Point Address Layer data and customize it for use with the FEMA damage assessment platform.

IDA Collector is configured to work offline if cellular service is unavailable and is then synced when WiFi or cell service becomes available, says Elizabeth Ostris, GIS database administrator and application manager for Tallahassee/Leon County.

“Obviously, in a hurricane, we have high winds that take down trees, which take down power lines, and much of the technology we use relies on cell connectivity,” Ostris says. “We got around that by using tech from our mapping vendor that allows data to be stored on a cell phone until you have connectivity, at which point you press the sync button and everything syncs back up to the central database. We stripped the data needs down to the absolute minimum that had to go back, including the ability to attach up to five photos. That was a major game changer from storms in the past.”

In the field, damage assessors are not collecting GPS coordinates; instead, they update damage information for existing address points. This method gives a significant accuracy improvement over previous IDA efforts and makes data collection much quicker, Cake says.

“After the initial assessment, FEMA comes in to do their own damage assessments. It can be tough if your data isn’t accurate and you can’t find an address, or the house that was there has been destroyed, or a map hasn’t been updated,” Cake says. “So, we’re riding around with FEMA and they had to keep stopping to call back to their offices and report and update information. Whereas, we just had to wait for a cell signal and all our data would upload automatically. When they saw that, they had a lot of questions.”

That ability to gather, sort and deliver assessment data quickly and accurately was a major factor in accelerating FEMA’s emergency declaration, says Weisman, and that opened the door for faster delivery of financial assistance, too.

“We believe the innovative ways TLCGIS provided the necessary information to FEMA culminated in a rapid declaration. In fact, FEMA was highly impressed with how we provided the information so quickly and clearly, one FEMA representative even said, ‘I wish all the places we visited had something like this,’” he says.

IDA Collector also has the ability to crowdsource property information and damage assessment from property owners if assessors are unable to access the property during the assessment, Weisman says.

“It’s also important to point out the intrinsic value that government can bring to a community,” Weisman says. “By being innovative, we enabled the quick and efficient response that citizens want in their local government.”

In addition, an active road obstruction dashboard has been implemented using data collected in WebEOC and the City of Tallahassee’s DigiTally and 311 systems to track downed power lines, flooding, debris, and any other road obstruction.  The dashboard tracks numbers and types of obstructions to better enable prompt and efficient deployment of resources to clear roads and get downed power lines safely out of the way.

A Disaster Survivor Assistance (DSA) dashboard tracks progress and plans missions for FEMA’s DSA Teams. Combining results from the IDA with U.S. National Grid data has allowed TLCGIS to create a custom DSA search grid for DSA Teams, who provide results to GIS staff daily during emergency and recovery. GIS staff then used those results to provide a dashboard of Leon County’s current recovery status for officials and private citizens. TLCGIS has also provided FEMA with its own DSA dashboard to track its progress and more efficiently get the community back on its feet.

The impact of these applications was also felt in surrounding counties, says Weisman. Because officials could monitor progress and track resources in real-time, Leon County Emergency Management could quickly evaluate needs and deploy resources to fulfill mutual aid agreements with neighboring communities that were resource-strapped and had suffered catastrophic damage.

“Following disaster, our teams were able to use these innovative mapping systems to survey storm damage and ensure aid arrived where it was needed most,” says Leon County Administrator Vincent S. Long. “The GIS applications also guided citizens to points of distribution, comfort stations, and other County resources, all of which helped us return to normal faster than ever before.”

“As technology providers, we rarely get that kind of feedback in our day-to-day life, and it’s often taken for granted. I think this scenario proves our value to our customers and beyond, in ways we never imagined,” he says.