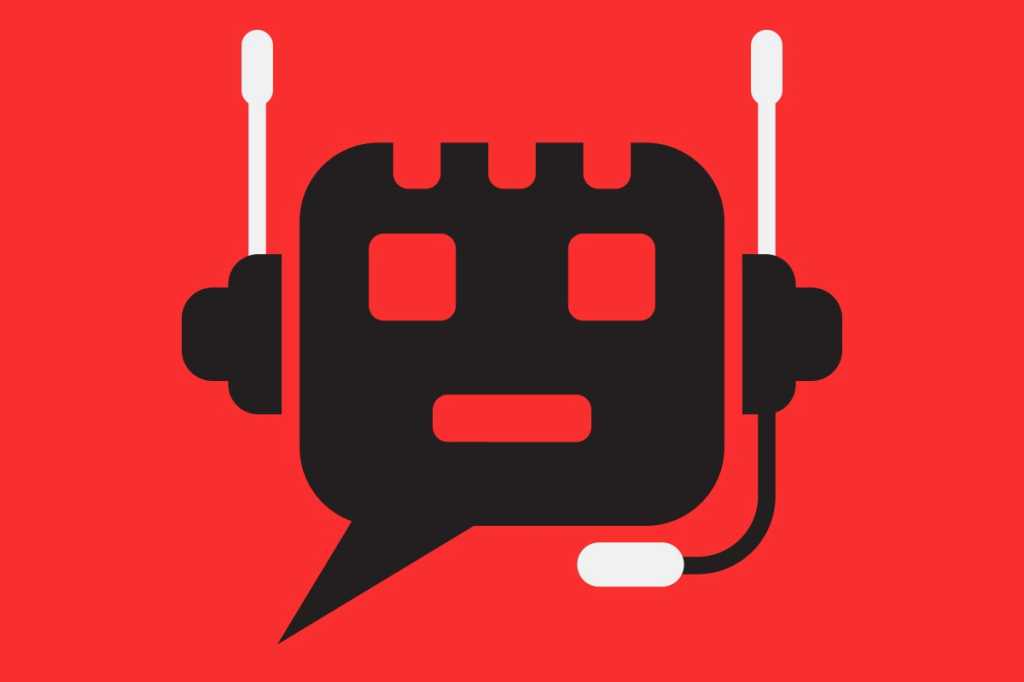 As the world obsesses about a future filled with autonomous cars and robot workers, the simple chatbot has become today’s reality on the front lines of customer service. Companies are deploying platoons of talking AIs, integrating chatbots into every facet of communication between users and company.

The current generation of chatbots emerged from two traditions. One path began in the elaborate ecology of tools built to support humans manning call centers. The developers recognized that some clever AIs could support these systems, intercepting initial requests and sometimes solving the simplest ones. They added intelligence to a system that was already built for chatting with customers.

The other path came from the lab and AI researchers themselves. As they built out their natural language processing stacks, they found that customer service jobs were a good application. So they created their own chatbots and started distributing.

There are a surprising number of practical differences between these approaches. Some chatbots will work with both spoken words and text messages while others communicate only through text. Some mainly support humans while others stand alone. Some are upfront about their mechanical soul and others coyly assume a human-like role complete with a human photo from a stock photo collection.

Your best approach depends on your current strategy. Companies with existing customer service teams will probably want to slowly add chatbots on the front lines to answer the most boring and repetitive questions. The AIs become level-zero support to save humans for level-one problems and above.

Companies starting from scratch can experiment more. They may want to begin with a basic AI interface and hide any humans to avoid raising expectations for human contact. Or they may dive in with a full customer service team staffed by both humans and AIs.

All of today’s chatbot tools require training, about both your company and the questions they may be asked. The simplest work can be uploading documentation and letting the AI search for answers, mainly with keywords. Semi-structured documents such as FAQs make good foundations because they already offer answers. More complicated programming can take the form of imagining potential queries and then working through a flowchart of potential answers. The tools all offer some kind of feedback loop so that the AIs will improve over time.

Will these be enough to shoulder some of the load? Will it be more work to program responses than simply pick up the phone? Those calculations often depend on the complexity of your business and the sheer number of customers who might need help. If you have many customers with straight-forward demands, training an AI may be the fastest and most economical solution for everyone.

Here are six tool sets that help you add a chatbot to simplify the customer service process for both staff and customers.

Anyone who admires the abilities of Amazon Echo can use much of the same technology that supports Alexa’s voice. The Lex tool works with both text messaging and voice input and guides users through a set of dialogs that Amazon calls “utterances” and “slots.”

The strongest feature may be its integration with the AWS cloud. Many of the services involve building functions for Amazon’s serverless computing platform, AWS Lambda, and these events will work with all of Amazon’s databases. If your data is already in the cloud or you are using AWS for some other important use, then integration can be fairly straight-forward.

The Lex platform, as with most of the AWS cloud, is billed according to usage by counting the number of requests that are processed, thereby minimizing startup costs.

Google’s entry into the field works with both voice and text input to follow a conversation and trigger actions. It offers a proprietary framework for tracking the intent of the call as it flows through a sequence of requests. Google, though, has worked on integrating its tool with a number of outside services that range from text sources such as Facebook Messenger to full competitors such as Amazon Alexa or Microsoft Cortana.

Dialogflow also offers a strong collection of analytics that feeds results into the tool’s machine learning algorithms to help improve its responses over time. You can page through the logs of conversations, tweak the answers and retrain the system. The documentation also includes a number of pre-built versions for dozens of common use cases such as booking a table at a restaurant or searching for local services.

The chatbots at LivePerson are the front entities to engage in a customer service interaction before handing over the most serious inquiries over to a live agent. The system monitors all conversations, tracking the sentiment and flagging the interactions that might be generating frustration so that human agents and even managers can intervene.

The main cloud platform integrates with all major text messaging options and feeds the text into the system. You can script LivePerson’s flow with Conversation Builder, a tool for organizing and testing possible dialogs. Conversation Builder’s IntentBuilder and KnowledgeBase use sample requests to identify what the person wants to learn. There are pre-built frameworks for many major applications and industries.

The company recently launched a “function as a service” option that will allow you to embed an AWS Lambda function built from JavaScript code to further customize the interaction.

LiveChat is a platform for supporting live agents with a collection of canned responses and a knowledge database of commonly sought information. The tool organizes and tracks ongoing conversations between users and live agents with a ticketing system for issues that require extended research. LiveChat integrates with many of the major CMS platforms but can also grab text from messaging platforms such as Facebook or e-commerce platforms such as Magento. A large “marketplace” of plugins offers hundreds of ways to extend and integrate LiveChat. If the pre-built solution isn’t there, an extensive extensive API opens up all corners of the application, such as billing or the chat box.

IBM Watson is probably best known for taking on humans in a game of Jeopardy eight years ago and now you can pull much of the same technology into a chatbot for your website or phone line. The Watson brand name is large and encompasses many different types of AI so it’s almost certainly not the same code that won Jeopardy, but it’s important not to be too obsessed with historical details. Your version of the chatbot may not moonlight as a trivia champ but it will be able to answer basic questions about your products.

Watson chatbots can be constructed in a variety of languages, including Java, JavaScript and Python. A number of examples such as a retail store assistant or a Twitter feed chatbot are available on GitHub. There’s also a plugin for WordPress.

Much of the infrastructure is devoted to finding answers from a big collection of raw data. Programming the chatbot requires identifying potential tasks and the IBM tools can mine past human chat logs to flag ones that might be worth programming. There’s also a sophisticated tool for helping the chatbot find answers in FAQ documents.

Recognizing the limit of the technology, Watson also includes a process for measuring the emotion of the user and transferring the conversation to a human if the user grows angry.

AI technology from Bold360 blends into the background of a collection of products for providing customer support. Some customers may interact with a chatbot, others may send email and another group may browse the knowledge base directly with the guidance from the same AI. Bold360 calls this “omni-channel engagement.”

Bold360 talks about “bot and agent harmony” because its software aims to blend the work of humans and AI. The bots can suggest answers to humans and humans can take over quietly from the bot. The bots multiply the power of the human and the human saves the bots from the most challenging questions.

Much of the work goes into building the knowledge base where the answers are found. The AI analysis will use natural language routines to find the best matching and then apply multivariate analysis to improve results. An API offers RESTful access to chores such as raw data gathering, configuration of agents and the workflow. An SDK smooths integration with mobile apps.