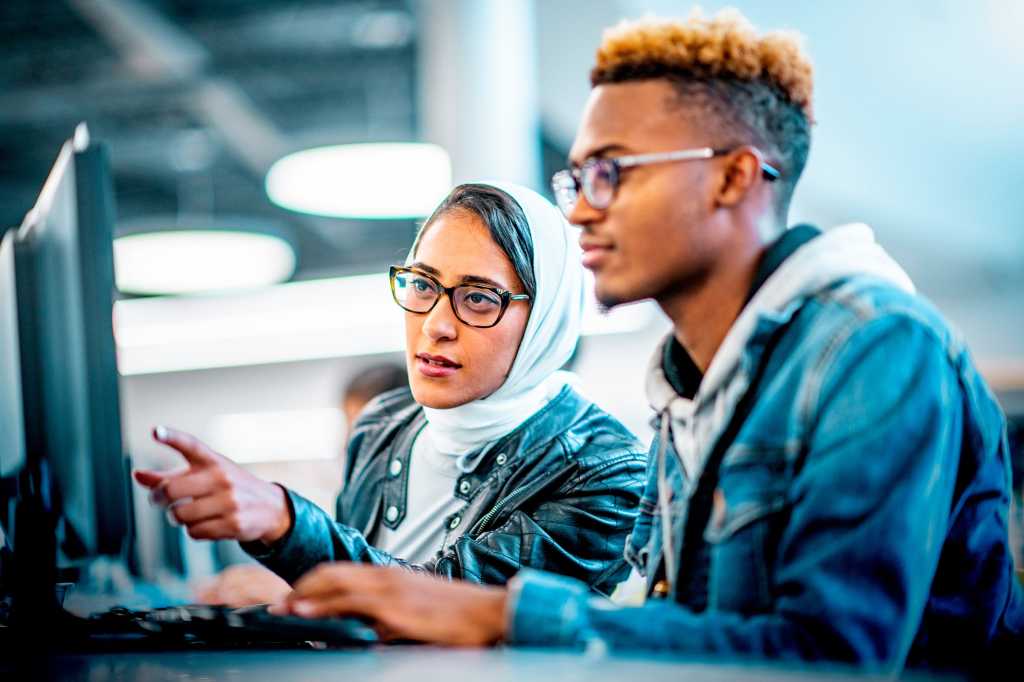 The MENA region is facing a critical challenge as governments and enterprises implement ambitious digital transformation strategies. While the desire and resources to modernise exist, trained professionals are sorely needed.

From Bahrain’s implementation of a government-wide “cloud-first policy” to the United Arab Emirates’ launch of the “UAE Strategy for Artificial Intelligence,” nations across the MENA region are looking to emerging technologies to power the next phase of regional development.

The resulting proliferation of technology-enabled jobs will undoubtedly shift the employment landscape in the region in the near future. Just this year, overall spending on information and communication technology in the Middle East, Turkey, and Africa is set to grow 2.5 percent year on year to reach US$213 billion, according to IDC.

“The changing job market is a key issue for all businesses,” says Necip Ozyucel, cloud and enterprise group lead, Microsoft Gulf. “In our surveys, when we ask about the next few years, businesses recognise that the skills gap is a big concern. The reason for this is simply the rapid pace of technology development right now.”

The World Economic Forum estimates that in contrast to 2015, 21 percent of core skills required across all occupations will be different in the Gulf Cooperation Council (GCC) countries alone by 2020. By 2025, across the MENA region, this shift in required skills could result in as much as 945,000 additional full-time equivalent jobs and a US$21 billion surge in GDP in Egypt, 799,000 jobs and US$41 billion in Turkey, and 276,000 jobs and US$32 billion additional GDP in Saudi Arabia.

MENA invests in a workforce for the future

While statistics clearly point to an existing and expanding digital skills gap, institutions and governments across the region are implementing initiatives that sustain, advance and scale digital transformation projects.

Government entities, particularly in the GCC, are pushing to digitise services and take advantage of the wealth of data generated by digital platforms. To achieve this, there will be an urgent need for a digitally savvy government workforce.

The supply-side challenge in the region is due to limited academic preparation for digital skills and inadequate professional development environments, according to a report by Strategy& and LinkedIn.

To fill the skills gap, governments across the region have launched initiatives to adequately prepare young people and current employees alike for these new digital strategies, investing in digital fluency and ICT literacy skills.

One such initiative, launched by Sheikh Mohammed bin Rashid Al Maktoum, vice president and prime minister of the UAE and ruler of Dubai, is One Million Arab Coders. This initiative seeks to equip Arabs with fluency in coding and programming, helping them learn skills that will contribute to the digital economy and reduce the reliance on internationally sourced expertise. One Million Arab Coders initiatives have launched in several countries in the region, and with a mix of online and offline courses, saw 22,000 people from 150 countries graduate the program in 2018.

Upskilling with the private sector

Multinational technology companies operating in the Middle East that are partnering with governments to develop more tech-savvy workforces have the additional pressure of ensuring that their own employees are prepared for new jobs created by emerging technology. Upskilling existing employee pools is key to helping people transition to new roles and skill sets.

Accenture found that 93 percent of workers in the UAE are ready to invest their free time to learn a new set of skills so that they can remain relevant in their work. The company has recently partnered with investment company Al Maskari Holding on a program to equip UAE nationals with the skills needed to future-proof their careers and to strengthen the local talent base.

On a global scale, Accenture has addressed its own upskilling needs with the development of Job Buddy, a custom-built AI tool that tells Accenture employees how vulnerable their job is to automation and predicts training they might need to develop the right skills for the future. Users then enroll in internal courses to take the appropriate training. Since its launch last year, 85 percent of Accenture employees with access to Job Buddy used it to access their jobs and enroll in new training.

Microsoft’s global initiative, Microsoft Cloud Society, offers training both internally and to its customers’ employees. The initiative is aimed at upskilling and reskilling technology professionals to enhance their IT acumen in the areas of cloud and AI. To date, the Microsoft Cloud Society has trained over 152,000 people from the MENA region so far.

Microsoft, along with many multinational tech companies, are offering their ICT skills training far beyond just professionals. Last year, Microsoft, IBM, SAP, Careem, Autodesk, Cypron, Ajyal, GEMS Education, and Eventtus launched the region’s first AI Summer Camp as part of the UAE Council for AI’s initiatives. In its first year, over 5,000 students benefited from the various partnership programmes that were organised as part of the camp.

In terms of traditional education models, the push to expand ICT skills education access for students has been felt throughout the region. MENA universities are diversifying their computer science degree offerings as the region strives to fill the IT talent gap with a home-grown digitally prepared population.

American University of Sharjah in the UAE, for example, has seen a drastic increase in ICT skills interest in their student population. “Our department now makes up around 10 percent of the school,”says Fadi Aloul, Professor and Department Head, Computer Science and Engineering, American University of Sharjah. “That is out of 27 departments. Students aren’t just looking at basic engineering or computer science degrees anymore. They are wanting skills involving subjects such as AI and data science.”

In response to demand from both traditional students and those seeking professional development, universities have expanded their offerings to include options such as “AI for Smart Cities”and “Computer Science X”- a degree course that allows students to pair any degree with computer science courses that specifically enhance their subject field.

As the Middle East pushes forward with a wide variety of digital transformation projects there is a palpable pressure to develop a digitally prepared population that will put the region at a competitive advantage. From government initiatives, to private training and traditional education, it is all hands on deck in the MENA region to ensure the Middle East is prepared for the future.