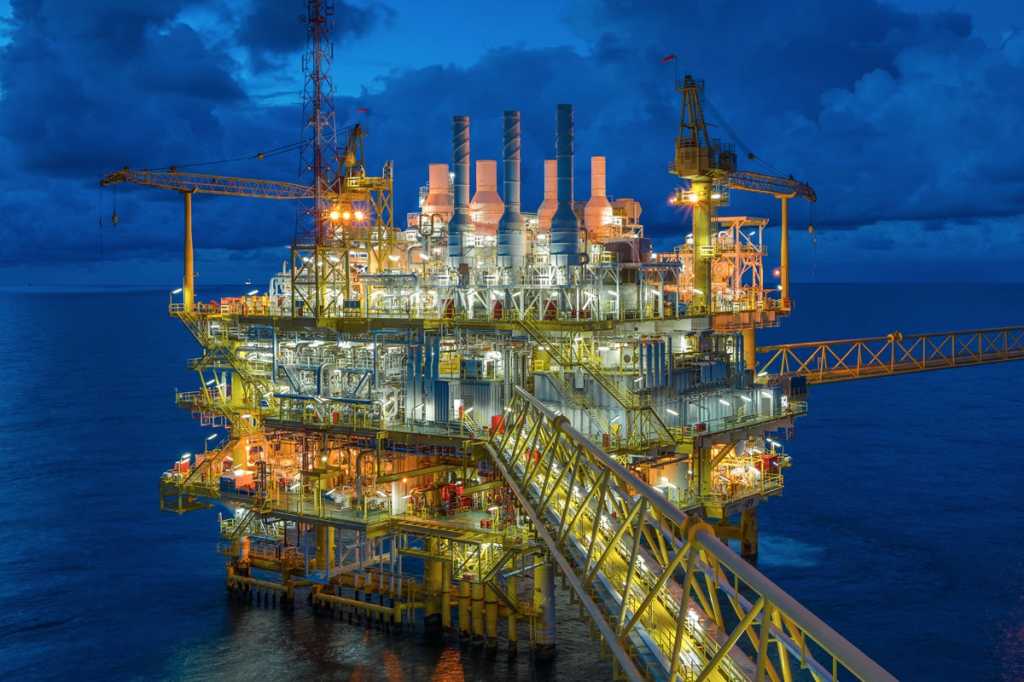 Oil and gas players in the Middle East, which meets nearly a third of the world’s crude requirements, are increasingly turning to blockchain as a way to streamline complex accounting processes and accelerate transaction speeds.

In their efforts to cut operating costs and make the most of each barrel of oil extracted, it is not uncommon for oil firms to embrace emerging technology. The industry was swept by a wave of innovation in the last few decades, including the adoption of 3D seismic testing and horizontal drilling in the 1990s and wireless technology in the early 2000s.

Over the last few years, energy companies have tapped big data analysis to mine vast troves of information in order to gain operating efficiencies, while the time taken to develop oil and gas components such as crude oil pumps, turbomachinery, and valves has significantly fallen thanks to 3D printing technology.

But these innovations may pale in comparison to what blockchain promises to bring to the table, say industry executives and and market observers. The development of a single oilfield requires the sourcing of thousands of parts from several suppliers; smart contracts, which encode business logic and automate transactions, are designed to optimize the tracking of contractual commitments as well as the flow of money.

Top oil and gas firms in the Middle East have begun to understand the potential of blockchain. Though blockchain is often equated with cryptocurrencies, it is essentially  a programming architecture for distributed networks that makes use of cryptography to securely host applications — including smart contracts — as well as store data and execute transactions.

“It allows people to transfer product instantaneously,” said Abdul Nasser Al Mughairbi, senior vice president, digital function, at Abu Dhabi National Oil Company (ADNOC), the United Arab Emirates’ biggest oil company. “The accounting and the verification and all this was taking sometimes weeks and days — with blockchain, everybody sees the system, it’s transparent and there is no fraud.”

Before, the company used to do hydrocarbon accounting — the tracking of oil and gas ownership from the point of production to the point of sale — with multiple different processes, but all that is being put on blockchain now, said Al Mughairbi.

Last year, ADNOC collaborated with IBM to pilot a Blockchain-based automated system to track the quantities and financial values of each transaction among ADNOC’s operating companies. IBM’s blockchain platform is a software-as-a-service offering delivered through the IBM Cloud and is based on the Hyperledger fabric, used as a foundation for distributed applications.

Employees took basic training to learn how to retrieve and locate data.

While the user interface of IBM’s platform is not complicated, Al Mughairbi said, any new technology is often viewed with skepticism by workers within an organization and ADNOC is no different. “The limitation is actually the people,” Al Mughairbi said. “It’s a new business process –people have to learn how to trust it.”

ADNOC has a record of adopting emerging technology to boost productivity and efficiency. In 2017, the company launched two digital command centers, Panorama and Thamama, that use neural networks for machine learning and generate predictive data. The Panorama center draws from a massive set of data points across the company, visualizing and displaying it on a 50-meter-wide video wall to provide a single, graphical window on ADNOC’s real-time performance.

Likewise, blockchain in the near future may serve a central role as a common platform for the global energy industry to trade and transact, Al Murghairbi suggests. “I think it’s going in that direction,” he said.

Currently, however, most blockchain-based platforms are scattered and different from one another in terms of both technology and purpose. One such platform is Vakt, a digital ecosystem underpinned by blockchain technology and used for commodity trading.

Another initiative is the Oil & Gas Blockchain Consortium (OOC), which counts Exxon Mobil and Chevron as partners and plans to use the technology in several areas, among them truck-ticketing for water haulers in the U.S. Permian Basin shale region, one of the most active oilfields in the world.

In the Middle East, ADNOC is not the only oil giant to pursue blockchain opportunities. Saudi Aramco Energy Ventures, a subsidiary of Saudi Aramco, invested in Data Gumbo last month. The Houston-based firm, through its blockchain platform, promises to eliminate delays and disputes related to payments, filings and audits, which it says can cost supply-chain companies hundreds of millions of dollars.

Data Gumbo’s blockhain-as-a-service network and smart contract technology is designed to facilitate automated calculation, reconciliation and payment of invoice line items in near real time, thus avoiding or helping to resolve disputes. After enabling automated payment, the network records the result in an immutable record shared among all parties to the transaction.

The use of blockchain in the energy sector is not restricted to the oil and gas operating companies.

S&P Global Platts, which provides benchmark prices for the energy markets, said the new technology would lower the scope for human errors by eliminating the need for the manual validation and aggregation of each terminal operator’s numbers.

The takeup of blockchain is similar to how oil firms harnessed the internet in the mid- to late 90s, said Angela Gildea, a principal in energy advisory at KPMG, the audit and consulting firm. “I think blockchain will evolve in a similar way in that at some point, we won’t be talking about blockchain use cases or benefits,” Gildea said. “It will just be how we work — how we transact.”