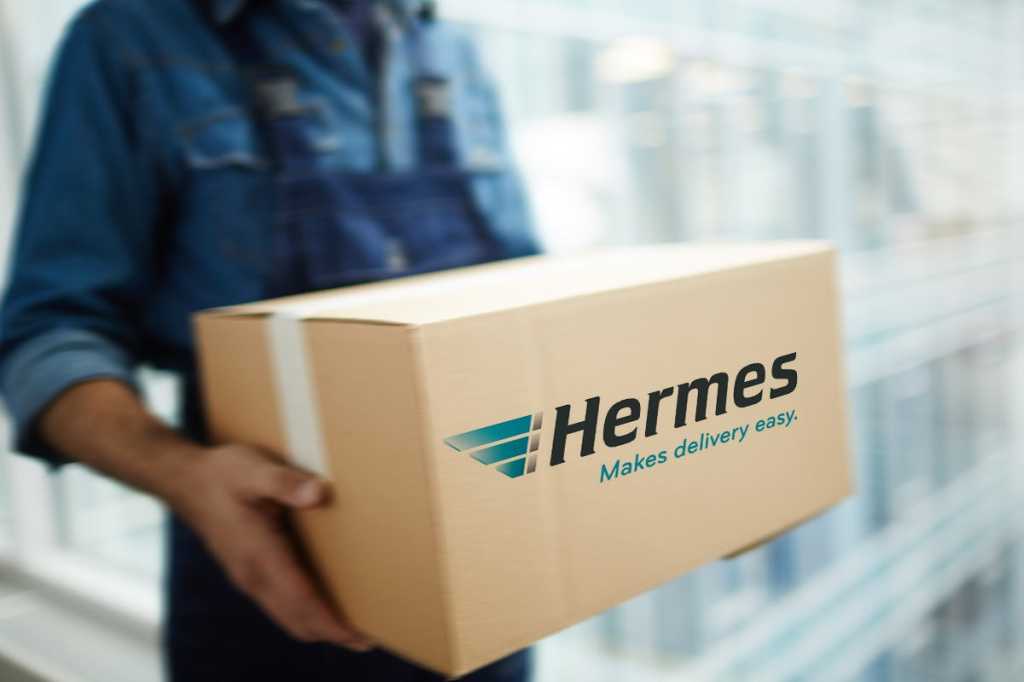 Parcel delivery is a cutthroat business in the U.K., with margins of just pennies per parcel.

“If you can charge an extra penny for a little bit of enriched technology or an enriched customer journey, or if you can take a penny out, you can really turn the dial on your profit,” says Chris Ashworth, CIO of Hermes UK.

The bulk of Hermes’ business comes from delivery contracts with high street and online retailers — “80 percent of the top 100 retailers are with us,” says Ashworth — but it also has a network of over 4,500 parcel shops, from where smaller companies and individuals can send packages.

Hermes carried 10 percent of the U.K.’s parcels in 2017, second only to Royal Mail, the national postal service (39 percent), according to the Pitney Bowes Shipping Index. But Hermes and its clients are feeling the heat from Amazon, which carried 7 percent of U.K. parcels. And with four in ten Britons having access to the Amazon Prime program and its free one-day delivery according to Mintel, that pressure will only grow.

For Hermes, however, Amazon represents both an existential threat and a lifeline, as the company’s road to transformation began with a shift to cloud infrastructure provided by its chief disruptive business rival.

When Ashworth joined Hermes in fall 2016, the company’s IT systems were running in a data center belonging to its German sister company in Hamburg.

“The tin was maxed out, to the point where everything was running on batch jobs. And there wasn’t enough time in the day to complete the batch jobs,” Ashworth says.

Parcel tracking accounted for one third of the workload, and pay for another third, neither of which Hermes could afford to lose. But reporting (primarily to clients) made up the last third and could be delayed, Ashworth surmised.

That strategy worked only because delivery operations were running so smoothly, he says: Clients could see that their parcels continued to flow and there were no problems with customer experience.

With the German company looking to close its data center and move to third-party hosting, Ashworth decided the time was ripe to move in a different direction: the cloud.

“Amazon was best suited to us. Our core providers all have Amazon-hosted solutions too, so there were some advantages from doing that as well,” he says.

Three years into that journey, about half of Hermes’ systems are in the cloud, but Ashworth expects to move the other half more quickly: “In getting to the cloud the biggest thing is making yourself cloud ready,” he says.

As part of that migration, Ashworth is retiring some DB2 and Oracle systems and moving to SAP HANA in the cloud. Most of the company’s data has been shifted to that repository, beginning with the streams that went into the company’s traditional BI and gradually adding more, including data from shadow IT projects as Ashworth discovers them.

Now Hermes has 14 operational data stores for various purposes built on top of that, including one that provides a single view of Hermes’ customers, Ashworth says. “Now I can understand all your interactions with me. I can understand whether you’ve sent one parcel or a thousand parcels, whether you’ve had issues in the past,” he says.

That’s possible because Hermes, with some outside help, rebuilt its data model to give it a clearer view of its clients (who send parcels) and customers (to whom it delivers them).

“Our business intelligence model historically was structured around the parcel,” says Ashworth. “If I wanted to understand my relationship with you, you would have to tell me every single parcel you ever had delivered.”

That data model, along with a GPS-enabled mobile app for the couriers who deliver the parcels, allows Hermes to accumulate knowledge about where customers want their parcels delivered — not just their street address, but the precise location of their front door, or that of a trusted neighbor or a safe place where parcels can be left if they are out.

While such personal information might be gathered for a specific delivery, customers can opt to allow Hermes to use such data for deliveries on behalf of any of its clients.

“Building this new data model and this data repository in line with all GDPR rules became a silver bullet for us,” Ashworth says.

The new data model also allows Hermes to offer the kinds of innovative services that will allow it to charge a few pennies more per delivery, and to free itself from its historic hub-and-spoke delivery structure.

“If I’m going to do same-day delivery with a 15-minute time slot, that’s not going to work.”

With the new system’s flexibility, it will be possible to have a courier collect a parcel from a store, then pass it to another courier halfway to its destination for final delivery.

More immediately, it’s allowing Hermes to introduce services such as diversion of parcels already on their way, initially to a nearby parcel shop or to a locker service, and soon to an alternate address within the same courier’s delivery zone.

Ultimately, “If we know about it early enough, we can divert it anywhere,” Ashworth says.

To identify and develop new ways of working like this, Ashworth set up an innovation incubator for rapid application design. An early success was the company’s Print in Store service, which went from idea to working prototype in five days. It’s now in stores across the country. Customers who don’t have a printer at home can enter the details of their parcel into their phone, generating a QR code that they scan in store to trigger the printing of a routing label.

Broader product directions are set by the company’s strategic development board, which Ashworth chairs. Other board members come from the operations, marketing, product, sales and customer experience departments.

Ashworth is putting a lot of thought into customer journeys, which can be different for each of the 500 or so retail clients Hermes works with.

“I’ve even got to the point now where that customer journey thinking, I do that if I’m launching a major new BI report,” he says: comparing how it feels to use the old and new reports, looking at take-up and studying why people still use the old report.

“All that kind of thinking you do for customer experience, we’re now applying to virtually every IT project we do,” he says. “I’m probably having to think more as a CIO now about product, product specification, product development, how to sell a product than I’ve ever done before.”