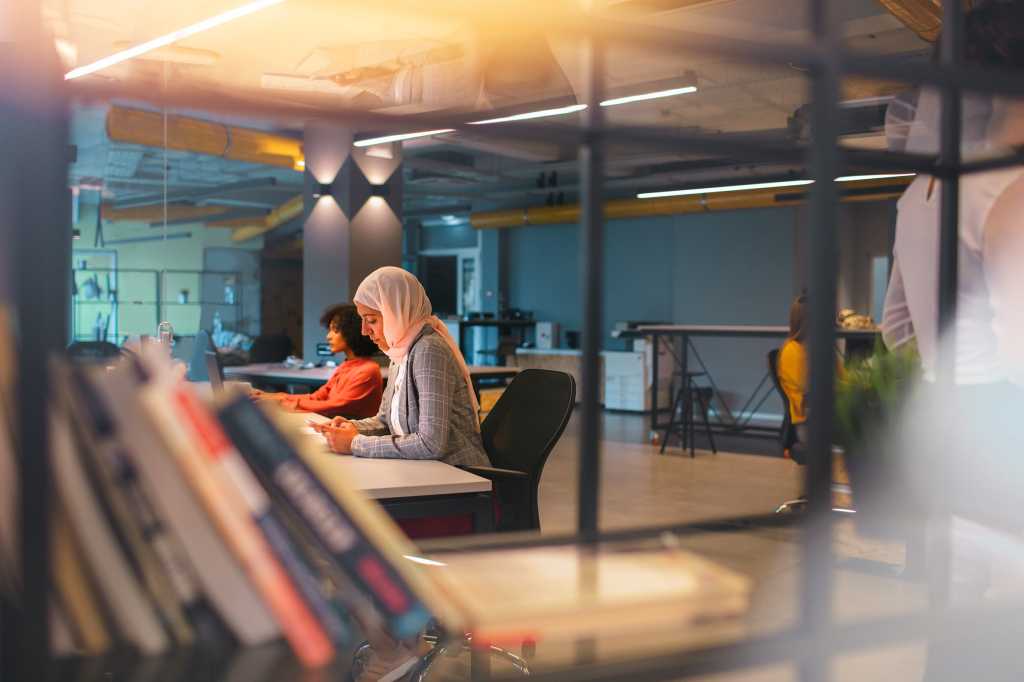 Rising investment in modern infrastructure, emerging technologies and, tourism are helping Middle Eastern countries diversify away from oil exports, while setting the stage for a knowledge-based economy.

But, the region is suffering from a shortage of talent.

The demand for skilled workers exceeds the supply and if this not addressed major markets such as the United Arab Emirates (UAE) and Saudi Arabia could miss out on US$14.46 billion and $25.80 billion respectively of unrealized output by the end of this year, according to U.S.-based consulting firm Korn Ferry.

These figures could rise to $50.55 billion and $206.77 respectively, a decade later, according to the consulting firm’s estimates. During the same time, there will be an overall global talent shortage of more than 85.2 million people, it said.

Youth unemployment is high, but skills are lacking

The MENA region as a whole has one of the youngest populations in the world, placing it in an advantageous position for economic growth. However, too many young people lack the skills for  jobs that require medium- to high-level skills. The International Labour Organisation (ILO) estimates the youth unemployment rate at 28.2 percent in the Middle East and 30.5 percent in North Africa.

Even though the Middle East and North Africa population has become increasingly well-educated, the World Economic Forum (WEF) says that more tech-specific skills are needed in the region, in particular more science, technology, engineering, and mathematics (STEM), and information and communications technology (ICT) skills.

Although 29 percent of Middle East workers who have a university-level education have degrees  in the field of engineering, manufacturing and construction, only 13 percent have studied subjects related to IT. Of those graduates, many opt for traditional sectors like oil and gas. This means that financial services, insurance companies, government and non-profit entities that are launching digital transformation initiatives to support new services are having a tough time finding candidates.

This growing demand in white-collar jobs is particularly noticeable in the UAE. Recruitment specialist Robert Half said that “the most in demand professionals will include IT security analysts, systems administrators, personal assistants, as well as those with qualifications and experience in accounting and finance professionals.”

Other recruiters point to data scientists and analysts, project managers, digital and cybersecurity experts as being in demand, and likely to remain so in the foreseeable future.

Enterprises in the Middle East region will offer more tech-oriented jobs in the coming years in a sign that government-led initiatives are boosting the adoption of emerging technologies.

The broader region has been going through major job displacement as technologies like artificial intelligence, automation, and robotics reach maturity. Meanwhile around the world, 1 billion jobs, or almost one-third of all jobs worldwide, are likely to be transformed by technology in the next decade, according to the WEF.

Although the current trend of automation is severely hitting the low-skilled workforce, it is also creating a wide range of highly skilled jobs which although in demand are insufficiently covered due to their relative novelty.

Middle East CIOs are adopting artificial intelligence to revamp customer service, marketing and sales, and more generally to improve overall product quality and efficiency, according to IDC.  This is fueling the need for job candidates with a background in analytics and programmers familiar with AI-related programming languages like Java, Python, Lisp Prolog and C++.

“This will accelerate with time,” said Chetan Choudhury, an advisor at the Prime Minister’s Office, Dubai. “Hence, the region should be prepared to embrace these changes if they want to become stable and achieve economic growth,” he added.

According to the latest Hays 2020 GCC Salary and Employment report, 90 percent of employer respondents in Saudi Arabia expect skills shortages this year compared to 75 percent in the UAE.

Wanted: A blend of tech skills and domain expertise

The WEF claims that there will be a strong demand for professionals who can blend digital and STEM skills with traditional subject expertise, such as digital-mechanical engineers and business operations data analysts, who are capable of combining deep knowledge of their industry with the latest analytical tools to quickly adapt business strategies. The international organization also asserts that there will be more demand for user interface experts who can facilitate seamless human-machine interaction.

The sector that is perhaps suffering most from a skills shortage across the Middle East is healthcare. The medical and research industries are two areas where the Gulf Cooperation Council (GCC) region in particular is experiencing difficulties in finding skilled workers.

Despite the expansion of healthcare facilities and the region increasingly becoming a “medical tourist hub” — especially in the UAE — the nurse/doctor to patient ratio remains high, and most managerial positions are still occupied by male candidates from Western backgrounds.

A reason for this shortage in managerial jobs within the local workforce is that these positions now require IT skills, as well as business and strategic leadership, which are not always met by domestic candidates.

How Middle East countries can bridge the skills gap

In their research report on the GCC, Hays identified “career development offerings” as the main reason for nearly one third of working professionals moving to a new employer in 2019.

At present, more than half of professionals feel there is no scope for career progression at their current organization, Hays said.

“Employees are clearly becoming more intent on gains beyond just salary, not least ways to fulfil their longer-term career aspirations and develop the skills required to remain employable in the future world of work,” said Chris Greaves, Managing Director of Hays Gulf Region, in the report.

In addition, bridging the gender gap in the workforce would undoubtedly help the skills gap and favor economies as a whole. According to WEF data, Egypt alone could increase its GDP by over 34 percent if it closed the female employment gender gap, while the UAE could increase it by over 12 percent.

Other ways of confronting the skills gap across countries in the Middle East could be addressed by developing strategic investments in high-skilled sectors such as IT, finance or healthcare. The UAE is doing this, under the aegis, for example, of the Dubai International Financial Centre (DIFC), which has invested in innovative startups like  Addenda, which has developed a Hyperledger Fabric blockchain framework for the insurance industry.