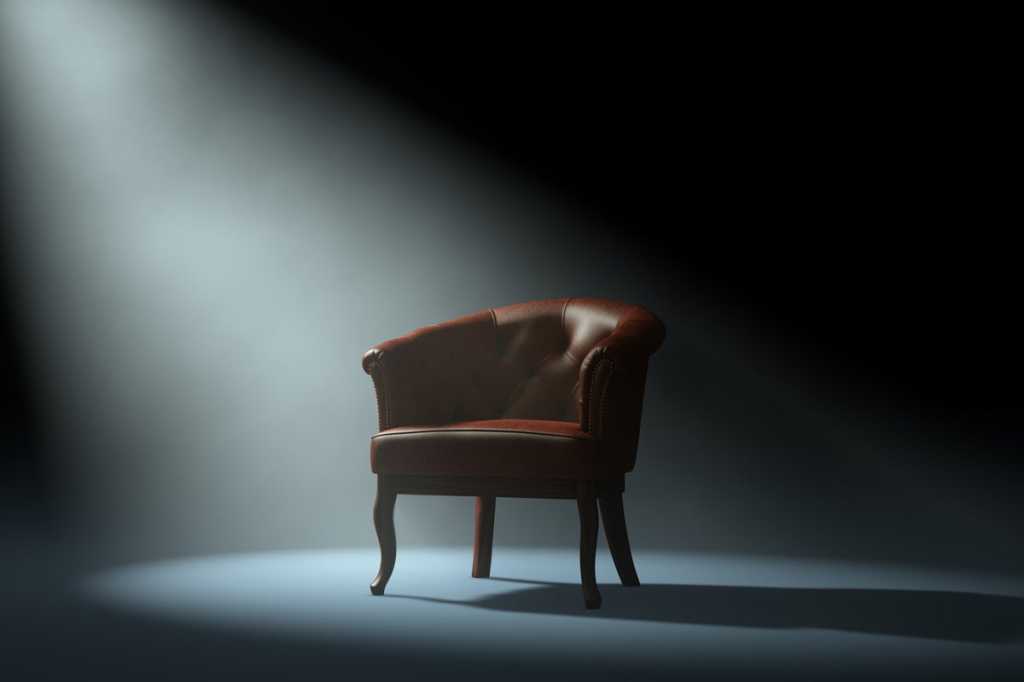 IT manager Scott Livingston puts a premium on a collection of traits that he sees as critical to doing his job well and advancing his career. He lists characteristics like integrity, emotional intelligence, self-awareness and trustworthiness — all elements he says he needs to cultivate and demonstrate in order to influence and motivate others to do great things.

“I want to expand my impact. There’s only so much you can do as one person, but if you can align with other people, you can accomplish so much more,” he says. “I’ve learned that what you can do is only as good as the people you surround yourself with and how much you can motivate them.”

Livingston, now manager of membership platform production support at Pittsburgh-based HM Health Solutions, says that realization pushed him to seek out leadership development programs as a way to build the abstract qualities that make leaders, and not merely managers.

He sought training that would help him communicate more effectively, learning to tailor messages to his audience, and that would teach him how to better market ideas and foster stronger relationships.

“It’s about creating opportunities,” he says.

Livingston, who started in IT in 2001 after earning a bachelor’s degree in IT, earned an MBA in 2007 when he transitioned into management roles. He earned a certificate in leadership in 2018 and recently completed a seven-month IT Leadership Development Program offered in Pittsburgh and several other regions by Ouellette & Associates Consulting.

Livingston’s interest in leadership skills is well placed, cutting straight to the heart of a growing IT trend, according to research findings, management consultants and other executives.

The digital era has put a spotlight on IT talent and technical skills, but CEOs want leadership skills, too. Deloitte’s 2019 Global Human Capital Trends report found that 80 percent of respondents rated leadership as a top priority, behind only learning (at 86 percent) and human experience (at 84 percent). The report also found that most executives feel their organizations don’t have the leadership it needs, with only 41 percent saying they are ready or very ready to meet their leadership requirements.

PwC found similar demand for leadership, stating in its 2017 CEO Agenda report that CEOs put a premium on leadership alongside adaptability, creativity/innovation and problem-solving. Moreover, CEOs put those four desired skills at the top of their list, above digital and STEM skills as well as risk management.

Moreover, experts say the need for leadership within the IT ranks has become acute. Technology is now essential for all business growth, meaning IT professionals are often heading initiatives. The shift to more collaborative and iterative work processes similarly moves IT workers (from the CIO on down) into roles where they’re expected to advise, guide and influence.

In other words, IT needs to be capable of leading their organizations further into digital maturity.

The need for IT leadership at every tier of the org chart is fast becoming a business imperative.

“When IT people hold a meeting, they need some gravitation pull to their ideas; if not, they can’t progress to an action plan for the business initiatives,” says Ryan Sutton, a district president with IT staffing firm Robert Half Technology.

Of course, organizations want to see leadership characteristics in their CIOs and other top IT executives, Sutton says. But they also want such traits throughout the IT department, especially in those staffers who work in agile and DevOps where consensus-building and quick decision-making are critical to success.

Yet opportunities for IT workers to build leadership skills have been limited compared to the opportunities traditionally available to other professionals, says Erica Dawson, the Nancy & Bob Selander Director of Engineering Leadership Programs and creator of the Technology Leadership Certificate from Cornell University.

“First of all people with tech backgrounds and tech training don’t fit the stereotype of a brainiac who doesn’t get along with people. But by nature of self-selection into their field and the training they get, the people who work in high tech don’t have the same training experiences that they might get with an MBA program or another type of education,” Dawson says.

Dawson says good leaders create visions, motivate people around a common purpose and guide them through ambiguity, whereas good managers execute on tasks and supervise people through work processes and controls.

Like Sutton, Dawson says IT professionals have an increasing need for leadership skills. She explains that today’s IT professionals (particularly those moving into more senior roles) aren’t merely fixing technology issues but rather they’re solving complex people problems using technology — a task that requires vision to succeed.

“We all have a stake in people with tech skills having more leadership skills because tech is so interwoven into the work we do today; it’s no longer segregated,” she adds.

McKinsey & Co. also speaks to the growing need for leadership skills, reporting in its 2018 Skill Shift: Automation and the Future of the Workforce report that leadership is among the top skills that will be needed more in the future. The report also cites advanced IT, technology design and basic digital skills as well as critical thinking, creativity and project management as critical skills for the future.

Still, some experts say organizations aren’t doing enough to cultivate a leadership pipeline within their IT ranks.

“We talk a lot about technical debt, but we’re not talking enough about the skills debt,” says Ouellette & Associates CEO Dan Roberts, who says Pittsburgh-area CIOs lobbied for his firm’s leadership program both to build such skills within their own ranks and also to guarantee strong local talent to fuel the region’s growth.

“Individuals have to up their game, so the concerns around the leadership pipeline is an individual challenge. It’s also a company issue, because the No. 1 challenge for CEOs these days is talent. And it’s becoming a regional and national challenge, too,” Roberts says.

Despite that recognition, executives often struggle with how to develop leadership traits in their workers, Roberts says.

“CIOs know what the problem is but they can’t put their finger on it. They say, ‘I need my people to show up different.’ But try telling your people that. We haven’t prepared our people to show up different, to shift from order-takers to strategic thinkers. So we need to change the narrative, we need to change the conversation about IT so they understand how to be more innovative and be more creative,” he says.

IT workers who want to become leaders need to build communication, marketing and negotiating skills so they can better shape discussions and decisions, so they can have “consultative influence,” Roberts adds.

“We see the need for [IT professionals] to be able to motivate people, and in order to do that, they have to be a really good at building relationships. They have to get to know their people and understand what their obstacles are, what pushes them, what motivates them. They have to gain their trust and have credibility,” says Casey Scheinler, Ouellette & Associates client success manager and dean of the IT Leadership Development Program.

Chris Caruso, vice president of IT for PPG, a Pittsburgh-based supplier of paints, coatings and specialty material, agrees with that assessment. He sent four managers from his global team to Ouellette & Associates’ leadership program, which he says complemented PPG’s internal training initiatives and gave his participating employees a valuable opportunity to build a network of IT executives and emerging tech leaders within the region — a network that could expose them to new ideas and tech-driven solutions to business challenges that they can leverage for their work at PPG.

“IT leadership has changed dramatically in the past five years, and it will change more in the next 10 years as we go from a profession that’s seen as technicians to being thought of as much more strategic, so we need people who understand strategy and how IT can provide innovation to differentiate and to create a competitive advantage,” Caruso says.

Inspiring IT excellence in a time of massive change

Caruso has been focused on this idea since 2016, when he was promoted to vice president and embarked on establishing a global IT strategy — a task he assigned to some 150 of his workers as a way for them to strengthen their strategic thinking and competitive intelligence skills — skills that he says fall under the larger leadership umbrella.

He created and taught a class on competitive intelligence for the workers engaged in that strategic project, and he points out that PPG has had a strong internal talent development program that includes a leadership-building series and an innovation training session. PPG also has an internal mentorship program, pairing junior workers with senior leaders.

Caruso says such efforts help keep staff engaged, which helps retain talent, while also ensuring they’re ready to move up the IT ranks and meet the challenges of today and tomorrow.

“I tell my people the most important thing they can do is develop their teams,” he adds.

Cigna Technology Services has multiple development programs for its IT workers, including its mid-career two-year-long Leadership Exploration and Development in IT program and its senior-level IT Leadership Program.

Boxer says Cigna has had its programs in place for more than a decade but they’ve been “supercharged” in recent years as company leaders sought to ready the organization for the significant disruption they see coming in both the healthcare industry and in business overall.

“We’re undergoing massive transformation, and time of massive change is when you most need leadership. And the change is going to be constant, so leading change is one of the most critical assets we need for the company,” Boxer says.

He says Cigna is already seeing returns on the investment it makes in IT leadership development. In addition to readying workers to move up into manager and executive positions, Boxer says employees who have participated in leadership programs have demonstrated that they’re able to pilot initiatives through challenging scenarios. He points to one recent project where Willis Gee, a senior vice president of IT at Cigna, successfully oversaw the creation of a telemedicine application for the United Kingdom’s National Health Service — a project that required cross-Atlantic collaboration between Cigna workers and many British counterparts.

“It succeeded because of the leadership competency of that person,” Boxer says, “a person who was able to find and define a vision, bring people together, deal with roadblocks, rally people, and execute on this vision.”