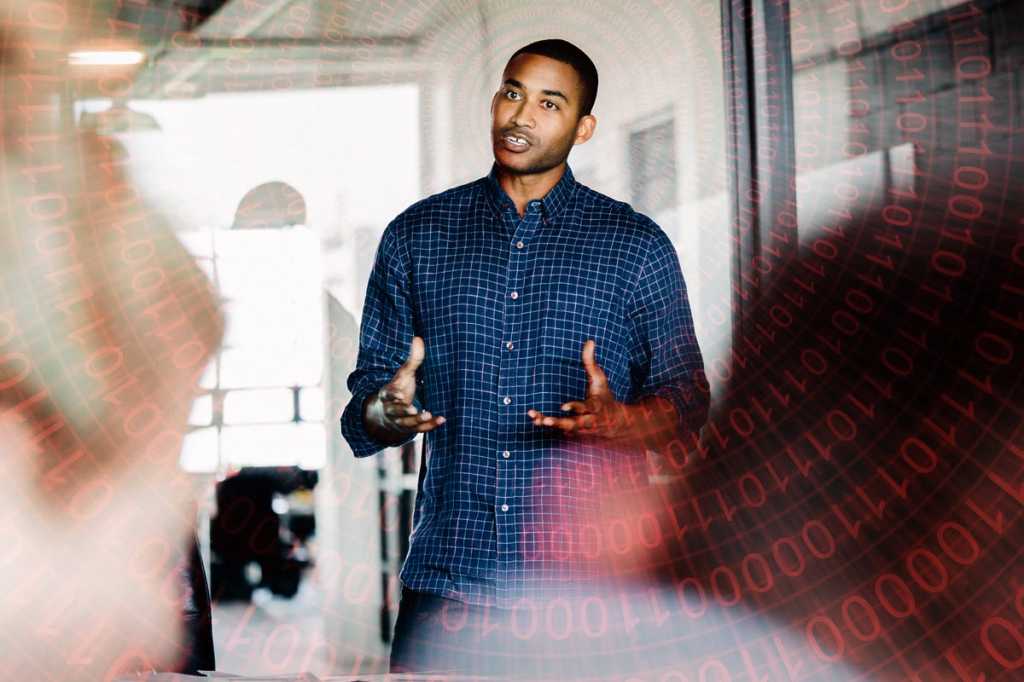 How important are soft skills for IT professionals? Very important, most IT leaders agree. In a recent survey of 1,250 HR and line of business executives by consulting firm West Monroe Partners, 98 percent say they evaluate candidates for IT positions on soft skills, usually by means of a behavioral or cultural interview, personality test, or written test. And 66 percent say they’ve rejected an otherwise qualified candidate for an IT role because of deficient soft skills.

“Soft skills are so important for IT people because they have a larger barrier to overcome,” explains Greg Layok, managing director at West Monroe. “They have to collaborate on very challenging issues. They have to communicate in a form that a business person can understand, and know the business issues.” That’s why, he says, many employers would rather leave a position vacant than fill it with a candidate who lacks soft skills. Even though the current labor market is “ridiculously tight,” he says, “we’re better off not hiring than hiring the wrong person. Hiring a developer who’s not collaborative, who doesn’t work well with the team is not a neutral value-add. It’s a negative.”

But once IT employees are hired there’s a disconnect. Technology pros need soft skills to succeed at their jobs — 78 percent of respondents say they evaluate soft skills as part of IT employees’ regular performance reviews, and that their advancement may be limited if they lack such skills. But it’s not entirely clear how they’re supposed to develop those soft skills throughout their careers. Only 59 percent of survey respondents say their organizations provide any kind of training in this area to technology employees.

Clearly, more is needed. In the survey, 71 percent of respondents said a lack of collaboration skills among IT professionals had delayed completion of technology projects, and 43 percent said it led to lower-quality outcomes. “We’re in a period of a lot of technological disruption,” says Kate Savage, head of HR and talent for the North America business unit at Capgemini. “People understand the need for soft skills, but they don’t necessarily know how to value those skills.

That’s a shame because soft skills are more valuable than many IT employees realize. Without them, it’s difficult or impossible to create the kind of innovation that will help a company reach its goals, says Allan Berkovitz, director of IT for the PR firm Makovsky & Co. in New York City.

“With soft skills, people will recognize you for what you’re doing and take you seriously as a leader,” he says. “Without them, people will feel that IT is a utility, there to keep the lights on and the WiFi working.”

IT leaders with the right soft skills can use their understanding of the business and their communications know-how to propose innovations that could cut costs, boost productivity or increase sales, he says. If they lack those soft skills, their businesses are likely to stagnate.

Which soft skills does IT need?

Functioning well on a team and/or working well with business professionals was another priority among survey respondents, 44 percent of whom said there’s been a problem with a technology project because those in IT lacked collaboration skills. Those skills are likely to become even more important as a growing number of IT employees are working directly with business executives. Just over half of survey respondents said direct collaboration between the two functions was growing at their companies.

Beyond the survey, IT experts point to other soft skills that are both essential and often lacking in IT pros. Chief among them: leadership — even for tech employees who aren’t in managerial roles. “It doesn’t have to be the IT director or CIO; it could be a desktop support technician or a server admin,” says Berkovitz. “They still need to develop confidence in their own abilities so they can admit when they don’t know something, learn from that experience, and then lead others in learning from it. They need the mentality of being an educator, not only with the rest of the IT team but with the whole company.”

Berkovitz himself says he does this in his current role. He regularly offers 45-minute sessions for all Makovsky & Co. employees. In the first 10 minutes he gives a brief presentation — a quick guide to how to use a tech tool, or how to avoid technology pitfalls when making a presentation, for example. The rest of the time is spent on open discussion and training. “That’s helped the staff see me more as a leader here,” he says. “They come to me more often with questions, not just when something goes wrong. If they’re trying to do something but can’t think of a solution, they’ll ask me.”

This is what Dawn Platt, principal at Grant Thornton calls “a consultative mindset.” “Whether the customer is an external customer or an internal colleague, IT employees need to be client service leadership focused,” she says. “That’s a soft skill that is even more difficult to coach into people than communication. What is my customer ultimately trying to achieve?”

Interpersonal skills, such as the ability to see a situation from someone else’s viewpoint, can be highly important for technology employees. “Some of the most important skills we have let us empathize with customer, truly understand them, and walk in their shoes,” says Joy Durling, CIO at Vivint Smart Home in Salt Lake City. In fact, she says, she finds these skills so important that she uses the term “emotional intelligence” rather than “soft skills.”

“One skill I look for, especially in up-and-coming managers is, are they aware of the influence they have on customers? If someone is in a meeting going through their pitch and doesn’t pick up on the non-verbal cues in the room but thinks it was a great pitch, that’s a problem,” she says.

How to help IT staff sharpen their soft skills

Most organizations have a system in place to avoid hiring someone whose soft skills are lacking. But once employees are within an organization, how do you help them develop those soft skills and keep building them throughout their careers? Here’s some advice from IT experts:

“You need leadership skills at every single level,” Savage says. “At every level, you have the opportunity to lead and teach people to think differently.” And, she says, not getting leadership skills early on can hamper and IT pro’s career advancement as he or she climbs the managerial ladder. “When it’s too late in someone’s career and you’re starting from scratch to teach them leadership skills, it’s very, very difficult to retrain that person,” she says.

Savage finds it especially worrisome that many of today’s new graduates haven’t gotten the soft skills they need during college. “You see people coming out of university programs that really only value hard skills,” she says. “Hard skills are increasing in importance, absolutely. But we’re finding you don’t have to be a complete expert in your field to deliver value. What propels your career forward is your soft skills.” With that in mind, she says, Capgemini is placing value on soft skills much earlier in IT careers than employers traditionally do. It even has an internship program for college sophomores and juniors where they work in less technical areas so as to build up their soft skills and learn the company’s culture.

2. Don’t leave anyone out

Nearly every IT organization has some technological specialists who focus their efforts on a deep understanding of technology and never plan to take on a managerial role. It makes no sense, IT experts agree, to expect these folks to develop the same level of soft skills that someone should if they dream of becoming a CIO someday.

But even pure technologists need some soft skills development these days. The stereotypical image of a guy in a hoody working all alone just isn’t valid anymore, Layok says. “It’s very hard to be a completely individual contributor on today’s tech platforms,” he says. “Even the geekiest of geeks want their ideas — which may be leading edge — to be embraced by others. So even they realize that their need for collaboration and communication is increasing.”

Layok recommends an incredibly simple step: Include IT people when LOB executives are offered leadership or other soft skills training. “Companies typically have leadership trainings that are reserved for business people,” he says.

Grant Thornton has subscriptions to online leadership and other courses that IT employees can complete on their own schedules, Platt says. “They run the full gamut of topics and they’re available year-round.”

IT employees best learn soft skills by doing jobs that require them, with some guidance from someone else who’s done it before, experts agree. “Try pairing people up and having coaches within the organization,” Layok says. “Not necessarily a paid coach from outside, but assigning someone a coach who may be further along in their soft skill development. It’s more an apprenticeship.”

At Grant Thornton, Platt says, “Everybody is assigned a coach that’s at least one level above them. That coach is accountable for mentoring and making sure people are meeting their expectations, and for helping them come up with a professional development plan.” Coaches are assigned based on project assignment and the reporting structure, she says, and coaching is part of their job responsibilities.

The best IT leaders make a point of helping those who report to them acquire the soft skills they need. Durling, for example, leads a team of more than 200 technology employees, so she can’t mentor everyone directly. But she spends a lot of time developing leadership skills in the team’s 30 or 40 employees who are at or above the manager level. She has an hour-long meeting once a week with these team members where she tells them about the state of the business, discusses rotating topics, and listens to their questions and concerns. Then, once a year, they go offsite for a retreat. “It’s two solid days of what we call leadership development, but it’s focused on emotional intelligence, self-awareness, and adaptability,” she says.

And Berkovitz recalls a case when the effort he made to coach an employee directly made a big difference. “He was one of these people who are very antisocial. But in his job, he had to talk to people,” Berkovitz says. “So we would do these projects together and we went to a lot of meetups. He broke out of his shell and he improved.” This employee didn’t immediately become outgoing, and that’s OK, Berkovitz says. “If I can see improvement, that’s good. You can’t change people overnight.”

In fact, Berkovitz is a big believer in recognizing potential, even when it’s at an early stage. “I like anything that involves being cooperative or demonstrating initiative,” he says. “If someone shows any inkling of being a leader, that means that person has the potential to develop all the soft skills they’ll need.”