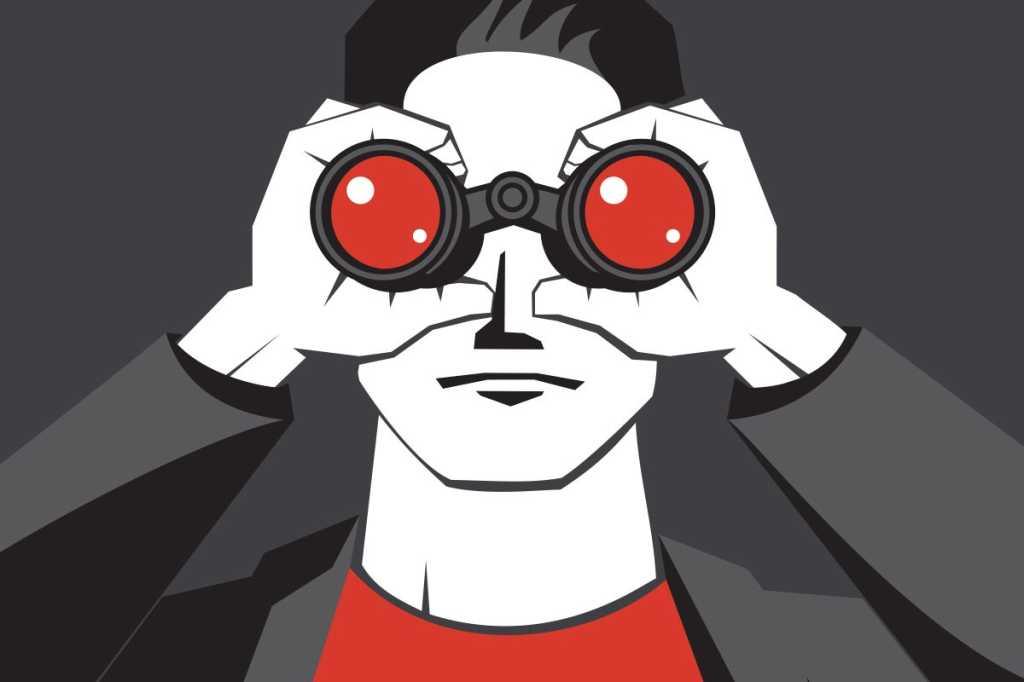 Predicting the future of work is notoriously risky business if only because disruptive technology shakes up the picture like an Etch a Sketch. Looking past a year or two is difficult and suggesting what will happen a decade from now is uncertain at best. But for those who make their living looking ahead at technology trends, some broad, common themes begin to emerge — beginning with the impact of AI and automation.

“Over the next ten to 15 years, the adoption of automation and AI technologies will transform the workplace as people increasingly interact with ever-smarter machines,” reports a study from consultancy McKinsey & Co. titled “Skill shift: Automation and the future of the workforce.” “Demand for higher cognitive skills, such as creativity, critical thinking, decision making, and complex information processing, will grow through 2030.”

As workers and managers wring their hands over what automation will mean to their careers — and nearly everyone agrees jobs like data processing and input will be lost to machines – prognosticators offer a more optimistic view of humans offloading lesser work to machines that can take over basic decision-making via algorithm but can’t match human emotional intelligence, problem solving, and entrepreneurship.

Here is a look at how IT futurists see IT work evolving in the next decade, …

The rise of independent, ad-hoc teams

Among those laying out a vision of IT’s future, research firm Gartner has released several reports on how IT will evolve as far off as 2035. One of its primary conclusions is that most work will be accomplished by independent, ad-hoc teams, moving away from a top-down approach to meeting business objectives.

In its report on the workplace of 2028, the firm describes autonomous groups comprised of high performers with diversified skills. These groups Gartner analysts see as growing and shrinking as needed, responding to changes in workload, timeframes, and “intense flurries of information exchange and coordination.” Whether this modular, just-in-time, scalable approach to work teams will resemble the vision of IT workloads operating like today’s cloud server workloads remains to be seen, but it does underscore IT’s shift toward cross-functional teams as a formula for business success.

The fall of middle management

Perhaps the most striking prediction by Gartner, and one that is linked to its view of independent teams, is a future reliance on algorithms that will drastically reduce the number of middle managers — leaving the rest with more narrow responsibilities.

“Primarily this will first emerge as a way of driving efficiency and cutting cost in many work environments,” says Helen Poitevin, a Gartner vice president of research, focusing on human capital management. “I’m thinking of some parts of the retail sector where the degree of automation in logistics, supply chain and warehousing already has pushed the line manager into a different kind of role. I would say the same for highly creative sectors where having middle management playing too tight of a supervisory role impedes teams’ creativity and the ability of teams to tap into cross-disciplinary expertise across other parts of the organization.”

The acceptance of silicon bosses

If the idea of machine-based managers seems farfetched, consider that millions of Uber and Lyft drivers are already managed by algorithms. In 2015, a group of computer scientists who study human-machine interaction at Carnegie Mellon explored how employees react when computers rather than middle managers assign work, set a price and evaluate performance.

The researchers were surprised at how easily workers accepted the idea of taking direction from an algorithm, and also how quickly they adapted to working with a machine to make their jobs more manageable. Drivers would turn off the app to give them control over when and where they’d work, for example, or to take a break after a long ride.

Laura Dabbish, associate professor of computer science at Carnegie Mellon and a contributor to the study, says drivers didn’t appear to mind a certain lack of choice. They were unable to select some aspects of their work, for example setting a particular pick-up location, or choosing the pickup request they preferred from a list of what was available. “This could be because the freedom they have makes up for lack of control,” Dabbish says. “It could also be because some drivers lack experience with other systems — like human taxi dispatchers.”

As drivers became more experienced with the app, they continued to adjust their work strategies. “We have a perception that algorithms — and often technology in general — will optimize human behavior, but neglect the extent to which people adjust and adapt their behavior in the face of technology,” she says.

Partnering with AI on both decisions and execution

Zorawar Biri Singh, a Silicon Valley-based investor and advisor, says the next decade of IT will be an “age of shared cognition,” driven by the increasing adoption of cognitive technology, ongoing concerns about the scarcity of human attention, and a need for independent arbiters of trust, which have yet to be developed.

“We are in the next phase, essentially where humans are going to partner with machines and algorithms and systems, cognitive systems and share human cognition and train systems to be able to offload a lot of the work,” he says.

Singh wrote about what he considers the six stages of IT evolution, starting with mainframes, moving to PCs and networks, followed by the web and servers, virtualization, mobile and the cloud, and now a mix of AI, robotics, IoT and edge computing — a stage he sees developing further over the next decade or more.

A recent Forrester report also emphasizes the melding of humans and computers at work over the next decade, rather than simply attrition by automation.

“The way we have done work has already changed significantly,” according to the report. “The difference in the future is those changes measured in decades will now be measured in years and months. Work will depend on a symbiotic relationship between man and machine. This is not a man-led, machine-do structure; instead, it will match leadership, decisioning, and execution tasks across robots and humans that best deliver the desired outcome.”

Regardless of whether computers wipe out wide swaths of low-cognitive work, like routine data processing and perfunctory middle management functions, there appears to be broad agreement about what tasks will be left to workers.

“There are lots of aspects of management that machine intelligence can’t yet accomplish,” says Carnegie Mellon’s Dabbish. “There’s an emotional and relational aspect of management required for relating to your reports, motivating them and dealing with difficult situations. Emotional intelligence is needed to talk to an employee and understand how they’re doing, what they’re interested and excited about, and provide them feedback on their work. Technology is getting much better at sensing human emotional state, understanding natural human language, and carrying on some form of conversation, but we’re still far from replacing the more relational aspects of management. And rewards and compliments from an application are not as meaningful as more direct human interaction.”

Singh points to deep cognitive work as a place where humans will still be valued in the future workplace, regardless of the computational power of machines. And, he points out, most organizations won’t have the resources and datasets to eliminate middle management.

“Every large enterprise I’ve talked to in the last year and a half, they have big data science projects to build out their own machine learning capabilities,” Singh says. “The big platforms, Google and Amazon, Facebook, and Microsoft, which have access to massive computing clusters, massive data, have been able to build this. But your average enterprise isn’t going to be dealing with that level of scale data anytime soon. There’s a bit of melodrama, where everyone’s like: ‘I better sit up and start examining what I’m doing in my middle management. I should be using algorithms, right?  Why am I not using algorithms?’”

Dabbish points out elements of work that can’t be quantified or measured. She reflects back on the Uber and Lyft examples, where a computer can easily manage a rating system, but which leaves a lot to be desired in evaluating how a person handles their job.

“These numeric metrics of service quality don’t describe what elements of the work a driver is good at and don’t provide them with feedback that helps them improve over time,” Dabbish says. “In our study drivers felt a great deal of pressure to maintain their evaluation ratings had a negative emotional response to a bad rating that could disproportionately influence their overall score.”

“As we’ve seen many times in the past, technology is excellent at augmenting, but not totally replacing, humans,” says Citrix CTO Christian Reilly. “This is a trend we’ll continue to see as lower-value, repetitive tasks are taken over by software robots — freeing up human capital to work on things that today’s AI can’t do well — such as deep reasoning or strategic thinking. The concept of work will continue to be redefined as the combination of availability of compute resources, falling costs and commoditization of machine learning to drive new efficiencies. The next generation of global business will be driven by new genres of applications and their associated data — and organizations who can capture and identify the trends within that data will be the ones who gain market advantage.”

Another of the Gartner predictions is that increased reliance on technology will illicit stress in workers who feel continuously connected to their jobs. Also driving tension will be the constant drive to stay on top of the latest technology, the firm suggests: “To fuel our upskilling and accept grander portfolios of assignments, we will take on more work to a point where we will feel as if we are working 24/7.”

The Forrester report notes that today’s workers are already concerned about the future or automation and robotics in the workplace, and how to create a role for themselves that won’t be automated away. “As much as companies must become learning institutions, so must employees become learners — learning core skills, adapting to new working models, and understanding what it means to be ready and fit for the future. Employees already struggle with change and the constant need to reassess and build new skills to keep apace with the market.”

According to the McKinsey report, “through 2030, the time spent using advanced technological skills will increase by 50 percent in the United States and by 41 percent in Europe. We expect the fastest rise in the need for advanced IT and programming skills, which could grow as much as 90 percent between 2016 and 2030. People with these skills will inevitably be a minority. However, there is also a significant need for everyone to develop basic digital skills for the new age of automation.”

So, how will we respond to these technology-driven stresses of connectedness and constant upskilling? Gartner’s Poitevin suggests we need to take a broader look at new technology to assess impacts.

“First, focus on adaptability,” Poitevin says. “Humans are highly adaptable as a species. This quality and the ability to learn is important. Second, we need to use a big picture lens when evaluating the impact of technology. We need to aim for designing use cases and ways to use technology that improve our lives rather than bring danger to our lives. For example, plastics have not all been bad in terms of helping people — in healthcare, people with disabilities, in access to foods, etc. But, we hadn’t thought far enough into the environmental implications and hadn’t set up sufficient infrastructure for the full plastic product lifecycle, including reuse. This is my way of saying that automation isn’t something we should see as working against humans. Humans rather are looking to automation to seek new ways of doing things. And we as a species have done so for millennia.”