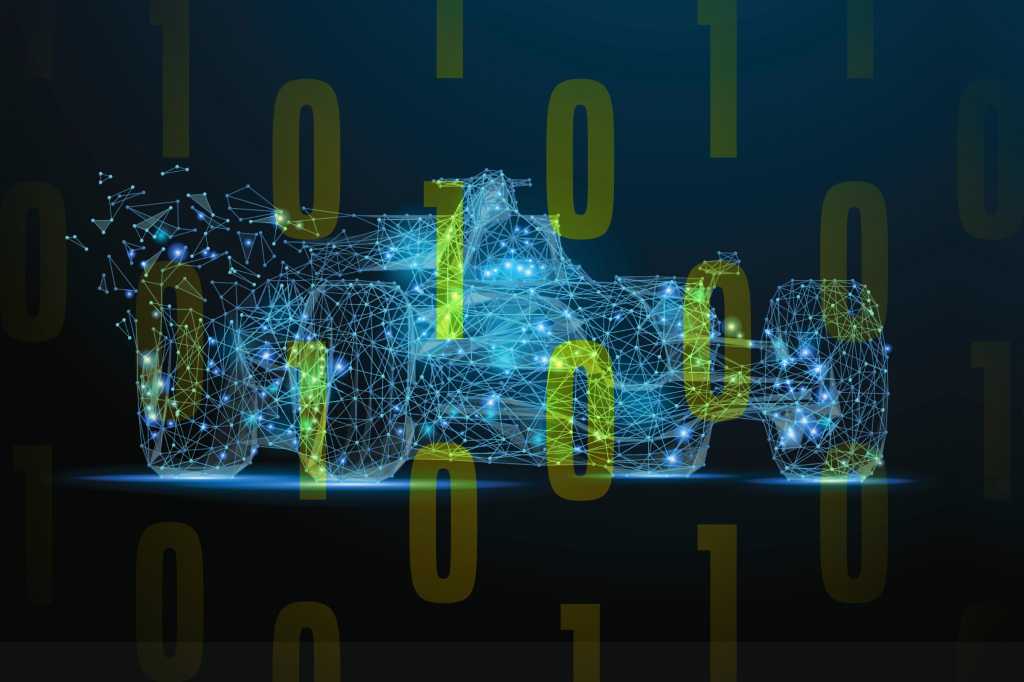 Formula One (F1) race cars are among the most technically advanced land vehicles on the planet. Since 2014, Mercedes-AMG Petronas Motorsport has dominated the World Constructor’s Championship, awarded by the Fédération Internationale de l’Automobile (FIA) to the most successful designer over the course of a season. Matt Harris, head of IT at Mercedes-AMG Petronas Motorsport, says data and analytics are core to the constructor’s continuing innovation.

“F1 is incredibly dynamic as a sport and we also have to adjust to regulations as they develop, which is where technology can be invaluable to a competitive team by gathering the most relevant information and analyzing key elements efficiently, within the regulations,” he says.

F1 cars are single-seat, open cockpit, open-wheel racing cars that must be built to exacting specifications by the teams themselves. Aerodynamics are a key part of the cars’ designs, not just to minimize drag, but to generate downforce that allow the cars to stick to the road while cornering at high speeds.

The biggest F1 teams can have budgets in the hundreds of millions of dollars. The cars, capable of reaching top speeds of 225 miles per hour, are customized for every track and associated weather conditions. A large team can have about 50 technical staff on site at a given race, with hundreds more back at the team’s factory. Race weekends can generate terabytes of data collected by more than 300 sensors on everything from the engines and tires to biometric sensors in drivers’ gloves.

“In Formula One racing, every millisecond and even the smallest factor can determine the outcome of a race,” Harris says. “With a multitude of moving parts at any given time across all job functions, our team needed a common language that allowed engineers, strategists, and the drivers to communicate using the data collected.”

In 2017, the Mercedes team partnered with analytics specialist TIBCO Software to take its use of data to the next level. The project, dubbed “Data Is the New Frontier for Performance in Formula One,” has earned Mercedes-AMG Petronas Motorsport a CIO 100 Award in IT Excellence.

The project brings together multiple analytics technologies, including data visualizations, predictive analytics, and artificial intelligence (AI). These technologies allow the team to collect and process massive volumes of data in real-time, giving it the ability to detect patterns of symptom failures or increased efficiency, and to understand how external factors — like weather, competition, traffic, and safety cars — can impact race results.

“With this project, our goal was to more easily adapt to any real-time race conditions and to win. We have since run millions of race simulations with TIBCO Spotfire to gain clear visibility into metrics during critical phases and assess how minor changes could affect outcomes,” Harris says.

Before the project, Harris says the team had no easy way to sift through the data generated during race weekends to make clear, data-driven decisions.

Harris says partnering with TIBCO was an easy choice because the software toolset was already well-known by a number of team members. With the toolset selected, he says his team was able to focus the process on finding the best and correct use cases to ensure correct access to the tools and data.

“The only surprise was how easily members of the team adapted to the new tools with minimal training and no loss of productivity,” he says.

The solution has allowed the team to increase its efficiency and keep Mercedes-AMG Petronas Motorsport at the top of the F1 leaderboard. In November last year the constructor secured its fifth consecutive World Constructor’s Championship title. Harris says the insights generated by the solution have accelerated the development of its current car design.

Harris recommends IT leaders seek to integrate data and data analytics into their organizations’ processes as early and consistently as possible.

“This will help foster a data-centric culture that drives positive business outcomes,” he says. “Regardless of what industry you’re in, you are able to use data in a strategic way if you treat it as an asset.”