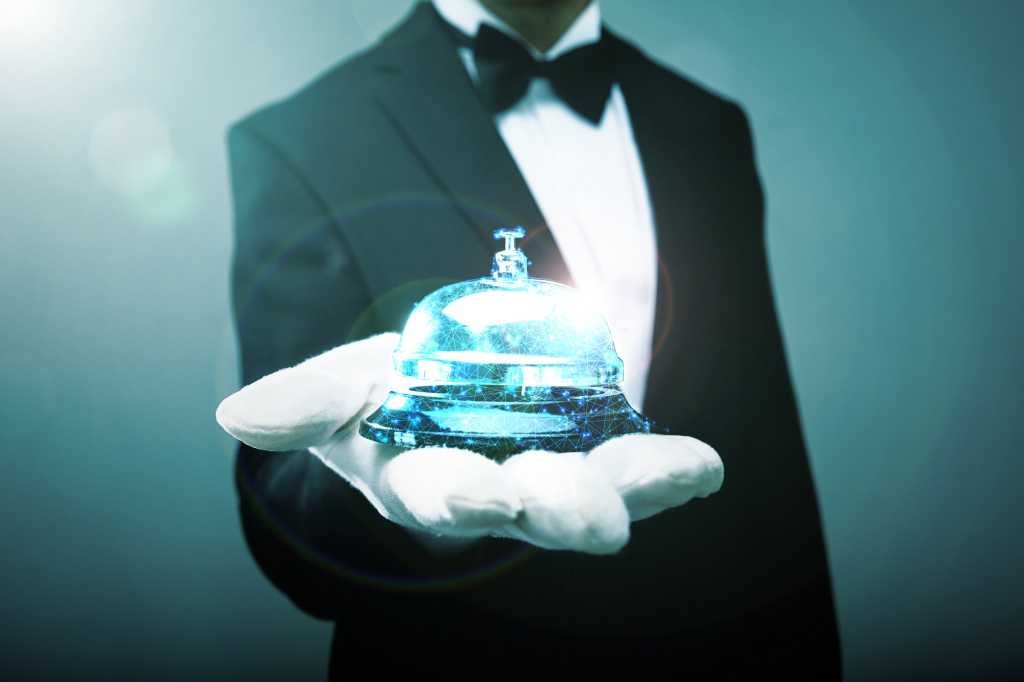 IHG is upgrading its IT systems and moving applications to the public cloud to remain afloat in a hospitality market where consumers have come to expect high-tech amenities ranging from mobile check-ins to robot concierges.

Hotel chains have long under-invested in technology, opting to focus on white-glove customer service and other offerings that have a cachet of cool. A raft of high-profile data breaches, coupled with the rise of Airbnb and other flexible lodging alternatives, has hoteliers racing to bring their systems up to par. The trick: modernizing IT while curbing costs.

IHG’s transformation, for which the company has earned a 2019 CIO 100 Award in IT Excellence, is saving the company between $33 million and $38 million a year. IHG CIO Laura Miller is leading the way.

Miller joined IHG from First Data in 2013, after she got a call from then CIO Eric Pearson, who needed a tech leader experienced in running large-scale systems and who could clean up technical debt that accumulated from years of acquisitions.

Pearson also needed someone who could not only hire new talent to build solutions in-house but could — and this is crucial — elevate IT in the eyes of the business, which had come to view the department as an order-taking entity. He needed a business co-creator. “There was a lack of trust from the business partners,” Miller says.

When Pearson was elevated to chief commercial officer and CTO in 2017, Miller was promoted to CIO to helm IHG’s change efforts.

That transformation, which kicked off in August 2017 and is still under way, includes an overhaul of infrastructure and core applications that run the business. Miller replaced the company’s central reservation system (CRS), which facilitates guest booking, and began a journey to the public cloud.

Miller is migrating applications to Amazon Web Services (AWS), Google Cloud Platform (GCP) and Alibaba Cloud, on which the company’s new Chinese website runs. IHG runs most of its data analytics on GCP, but builds new apps in AWS because it has strong development tools.

Creating a hybrid architecture that can support data flows across continents is critical, Miller says. “We’ve got to make sure we’re very conscious around the architecture as we are traversing clouds,” she say, “thinking about where the data is, how it’s moving, where it’s caching.” Such architectural complexity can create latency in response times, while General Data Protection Rules (GDPR) present added complexities to data privacy.

A frictionless experience is key

IHG is also building new apps that take advantage of the flexibility of the company’s hybrid cloud. It imbued its website with responsive web design to make it equally accessible across computers, tablets and smartphones, and is creating a more stripped-down version of its mobile app that loads more quickly. “Our goal is providing the frictionless experience for our guest,” Miller says.

Part of that frictionless strategy includes tapping into the everyday tools that “road warriors” carry with them: their smartphones. Harnessing a beefed-up network capability, IHG allows guests to stream content from their smartphones and tablets to their TVs.

Modern back-end foundations and sleek front-end tools do not guarantee IT will gain trust with its business peers. But a CIO who can establish boundless cost transparency has a fighting chance. IHG is implementing software from Apptio, which provides analytics that helps enterprise align their IT costs with the value their provide to the business.

Acquiring talent remains a big priority throughout IHG’s transformation, as the company looks to reduce its reliance on outsourcers and other suppliers and increase its capacity for innovation. Miller has more than tripled its number of full-time tech staffers and is looking to fill another 60 to 70 positions. To help on this front, Miller has facilitated IHG’s first recruiting endeavor at Georgia Tech.

“There is a war on talent for every CIO,” Miller says. “Trying to get good people and retain them is a full-time job.”

Miller offered some advice for CIOs looking to transform their companies.

Right-sourcing talent. Identify the right mix of internal staff and external partners who can help you reach your goals. Once heavily reliant on outsourcers, IHG consolidated to a handful of strategic vendors.

Change management remains the biggest challenge. Constant communication is key. IHG’s program management team met with multiple workstream owners, including finance, HR, legal and sourcing, every week to discuss risks, mitigations and the impact of various aspects of the initiative.

Build credibility with your business peers. A lack of trust in IT by business partners can doom tech initiatives before they start. Despite her transformation wins, Miller says that she is still trying to change the business’ current perception of IT. “It’s still an evolution to get them to collaborate with IT,” Miller says. “But we’re starting to add significant value in terms of solutions.”