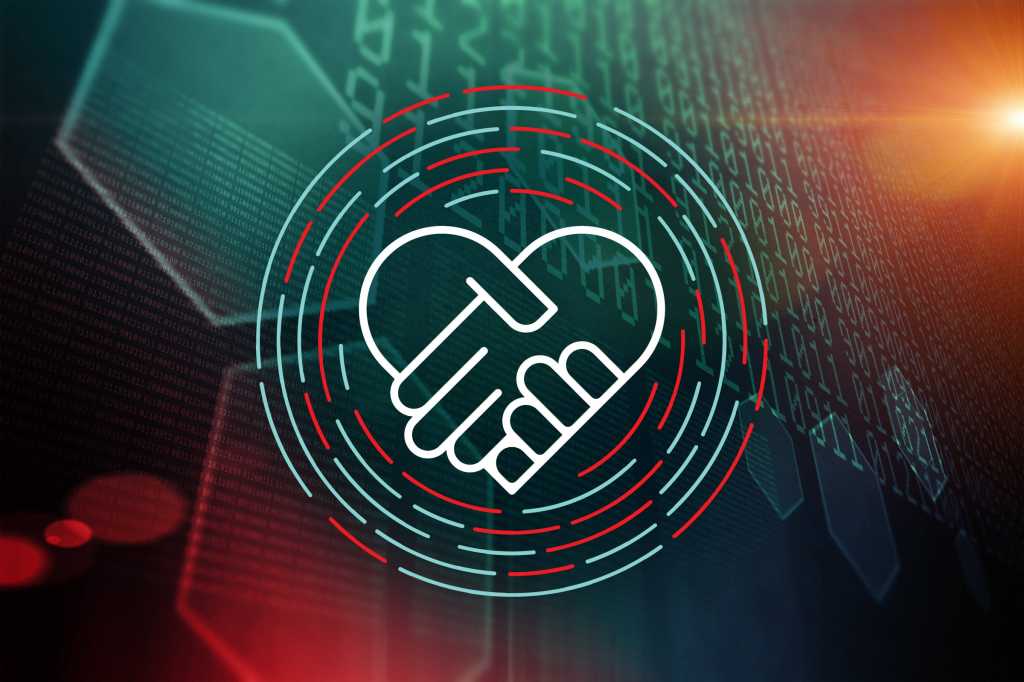 Your team, company, and customers rely on you every day. Some days — okay, most days — it feels like there’s an apocalypse and you’re holding the line between your company’s data and the enemy. Obviously, this keeps you busy.

That said, have you considered volunteering your skills for a good cause?

The apocalypse is not confined to your job. It’s everywhere. Human trafficking is a global industry. Education is failing to create people with technical skills. Gender disparity is a massive problem. Electronic waste is destroying our water. Misinformation is rampant.

You — more than most people — can help solve these problems. Because of the industry you work in, the skills you have, and the benefits you enjoy, some would say you owe it to the world to help.

“Think about the exponential growth of technology in last 20 to 30 years,” says Atefeh Riazi, chief information technology officer and assistant secretary-general for information and communications technology for the United Nations.  “Technology has provided huge positive momentum. It has also created the dark web, cyber intrusions, fake news, and other problems. Yet the tech sector has not come to the table saying, ‘I own that problem. I will fix it.’ It has left it to the UN. The biggest call for giving back lies not with our government nor with the NGOs. It belongs with the tech community.”

Perhaps the question is not why, then, but how should you help? Going to drought-stricken countries to hand out water may not be an option. But maybe that’s not the best use of your skills anyway.

For Bill McCorey, SVP and CIO for Universal Parks and Resorts in Florida, volunteering started with a near-death experience.

On a 2007 vacation, he signed up for a guided climb of Mount Rainier. After one day of training and a morning of climbing, he found himself at the edge of a crevasse.  “The guide crossed over. I was next in line,” he explains. “He told me to jump. It looked impossible. But what do I know? I jumped.”

He didn’t make it. He was tied into a rope line with everyone else on the climb. They dug in, holding the rope, which was the only thing stopping him from plummeting to his death. He hung there for 25 minutes, while his team held on and the guide worked to rescue him. Until he was off the rope, no one — not even the guide — believed he would survive.

Climbing became a metaphor for teamwork with his IT team. He kept the rope that saved him. And when someone on his team amazes him, they get a piece of it. When a good friend’s son was diagnosed with Fanconi Anemia, a rare, fatal blood disorder, he started a foundation to turn his climbing into a fundraising effort.

Like many CIOs who volunteer, McCorey doesn’t sit at a keyboard crunching data or coding. He climbs mountains, offering his leadership, organization, and networking skills to the cause.

“I don’t donate technical skills,” agrees Nellson Burns, CIO of Daltile.com, a subsidiary of Mohawk Industries. “There are people who are much more technical than I am. Mostly I leverage my reputation in the IT community to make things happen for programs like nPower for veterans and The Young Women’s Leadership Academy.  We have a responsibility to give back to the IT community.” He organizes fund raisers, sits on boards, and helps lead these efforts and the people in them.

Volunteering isn’t something you do for the money or for your family. It’s a thing you do because you believe in it. It lets you feed your innate sense of altruism as well as helping to lift up people who need it. Finding the drive to do it is a matter of finding a cause that means something to you.

Elizabeth Austin, CIO at IT services company Curvature in Charlotte, North Carolina volunteers in her local community because she lives there and wants to connect with the people in it. “A lot of times as IT professionals we tend to be introverts,” she says. “We spend a lot of time at our desk. But at some point, you come to understand that if you’re working for a company that’s in a community, the company needs to be represented in that community.” To that end, she volunteers for local groups that encourage girls and women to get technical skills because it’s a cause she feels strongly about.

Eric Gorham is CIO at Rejis in St. Louis, which provides IT solutions for government and quasi-government agencies in Missouri, Kansas and parts of Illinois. Even though his job is demanding, Gorham believes you have to give back to the community you live in.

“I am a foundation board member for the St. Louis Community College,” he says. “I got my start in a community college, so I have a passion to help there. When people get a two-year associate degree or any formal education — especially a technical education — they can do so much more for themselves, their family, and the community they live in.”

Joan Holman, CIO for Clark Hill, a law firm in Dallas, volunteers because she wants to be part of her community in a way that’s larger than having a job in it. “Right now, I do a lot of work in STEM and women in STEM,” she says. “That’s a gap we need to close. And I have an opportunity — and, I think, an obligation — to move that forward for the women in my community.”

If the cause you feel passionate about plays out in the global community, rather than your local one, getting involved is a larger challenge. The need, though, is also great.

“Look at human trafficking, money laundering, drug trafficking, social media terrorism, deep fakes, and electronic waste,” says the UN’s Riazi. “All of those areas require strong expertise to counter. We can’t sit back and say this is the UNs problem or the government’s problem. It’s our problem. As a CIO, I feel a huge weight of responsibility because I’m the one buying the servers.”

Take the horrifying example of human trafficking. “Eighty percent of human trafficking happens on the dark web,” says Riazi. “It is the third largest criminal enterprise. Eighty percent of these people are female and 50 percent are children. Children! When we created the internet, we thought we were going to connect people and maybe create world peace. Did you ever think it would be used sell 46 million slaves? As a mother, I’m horrified. I can’t comprehend it. I feel helpless. What drives me is the tremendous need to correct what we have done with technology.”

But getting involved in these global issues is logistically more challenging than volunteering for a local school or STEM program.

Doug Greene is director and CIO for the United Nations Refugee Agency (UNRA) and has long felt the pull of working for social causes. He was a Peace Corps volunteer before he became a CIO.

His volunteering efforts started with a phone call from a colleague who worked for an NGO. “He had questions about IT governance,” explains Greene. “I did a series of phone calls on that. And I loved it because there was nothing in it for me. It wasn’t about billable hours. It was about working on issues.” Eventually he gave up his IT salary to work full time on issues at the UN.

For the UNFA, tech companies are a valuable asset and he encourages his fellow CIOs to heed the call to give back, though he realizes it can be a challenge.

Most of the emergencies he’s involved in require people to be on site in remote places where the infrastructure has been wiped out. The UNRA relies on charitable organizations like the Red Cross that have people on the ground. But it also relies on corporations with corporate social responsibility programs.

These allow employees to go do this sort of disaster work while keeping their day job. “Cisco, for example,” he says, “has a program where they deploy an employee to help for 30 days. And we worked, recently, on a biometrics project with Accenture, where we codeveloped a hybrid solution that could work offline or online. We piloted it in Myanmar. One of their developers came to work with us. The response we got from that was that they really felt they were doing something special.”

Riazi of the United Nations recognizes that it is quite difficult for tech leaders to find time to serve these larger global causes. Because of that, she focuses many of her volunteering efforts on building tools to make it easier. “I started CIOs without Borders over 15 years ago,” she explains. She had noted that doctors were very focused on giving back, yet the IT community was not. It is a place where you can volunteer everything from money to server time to your — and your team’s — expertise.

More recently, she has become involved in Unite Ideas, a volunteering organization built loosely around the model of the open source movement. It is a place to post ideas that need solutions. These might be a need for data around a topic, a technical solution, or a call for expertise. You can sign up there and be notified when projects need help.

Whether you focus on your neighborhood or a global issue, do it in-person or from your desk, volunteering offers something your day job probably can’t: Becoming part of the solution. Knowing you aren’t just raging against the world’s wrongs; you are one of the few who are stepping up to correct them.

“We serve on a lot of teams,” says McCorey. “We are holding that rope for many others. There is power in a team working together. When I am on a mountain, thinking I want to quit, I think of the kids I’m raising money for. They can’t quit. This is the hand they were dealt. There is nothing better than knowing I’m helping.”