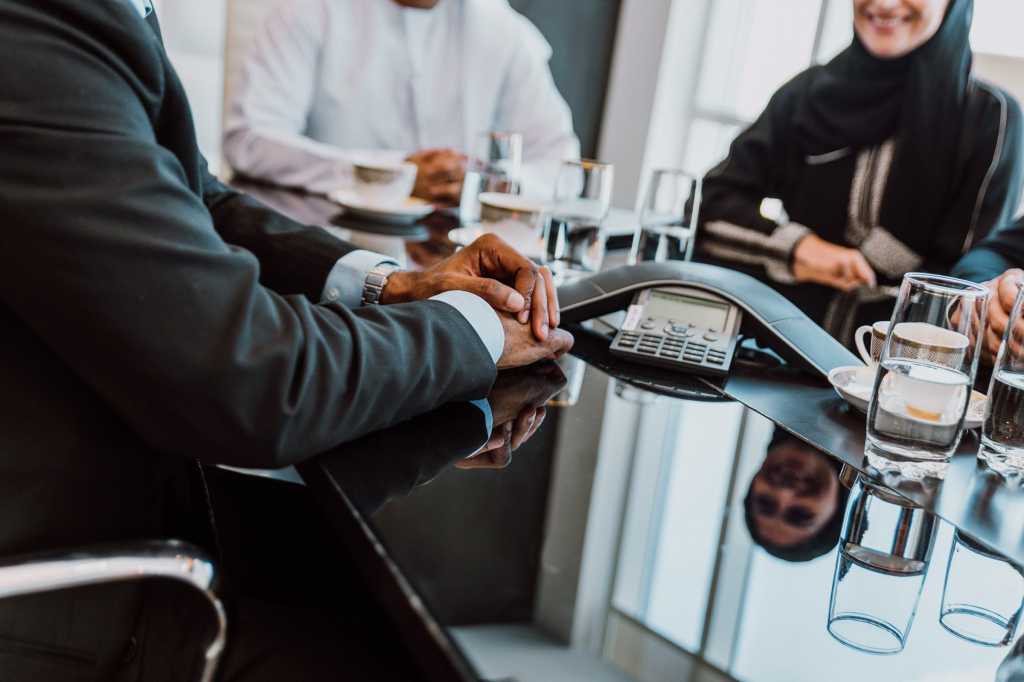 This marks the latest blockchain initiative in the United Arab Emirates’ financial services industry and comes as institutions around the world make a beeline to invest in the technology in an effort to streamline transaction processes, boost transparency and security, and lower costs.

Though blockchain is often equated with cryptocurrencies, it is essentially a programming architecture for distributed networks that makes use of cryptography to securely host applications as well as store data and execute transactions.

The companies’ plan calls for businesses to be able to digitally create a single KYC record to simultaneously share data with their various financial institutions, by the first quarter of 2020.

The idea is to speed up the acquisition of a bank account number for newly registered firms and reduce the costly requirements of managing KYC data for already registered corporations. Under the current process, multiple paper-based KYC files are “redundantly” originated and managed in silos, according to the consortium announcement.

KYC processes, which form the backbone of financial institutions’ anti-money laundering efforts, aid in the detection and prevention of criminal behavior around the world. But, despite its importance, KYC at many institutions is still riddled with inefficiencies in the form of tedious procedures and duplication of efforts.

The DIFC is the leading financial hub for Middle East, Africa and South Asia and hosts 23,000 professionals working across over 2,000 active registered companies.

While a blockchain KYC data-sharing consortium is a first for the region, the technology in itself has already made its presence felt in the financial services sector, which is expected to adopt the technology at a faster rate going forward.

“Emerging technologies such as blockchain also represents significant opportunities for banks in the UAE and wider region to create new revenue streams, which will in turn drive sustained business growth over the long-term,” said Mashreq Bank CEO Abdul Aziz Al Ghurair, in a press release.

For Mashreq and its peers, blockchain is more than just a means to cut costs. The technology is already improving clearing and settlement practices and bringing about greater transparency in trade finance. Last year, UAE Exchange, a money transfer firm, announced a partnership with San Francisco-based Ripple to enable instant, seamless and real-time cross-border payments.

Last month, Etisalat Digital said it had partnered with First Abu Dhabi Bank and Avanza Innovations to develop UAE Trade Connect (UTC), a nationwide platform that will initially focus on addressing the risks of double financing and invoice fraud before turning to other key areas of trade finance.

In the UAE, which has one of the largest economies in the Middle East, enthusiasm for blockchain is further boosted by government-led efforts to promote the technology. The Gulf country plans to transform half of all government transactions into blockchain in the next two years, saving AED11 billion (US$3 billion) in transactions and documents processed routinely.

As part of the initiative, Smart Dubai – the government entity entrusted with driving Dubai’s smart transformation projects — and IBM announced the launch of the Dubai Blockchain Platform last year to digitize certain government processes and citizen services. The platform was delivered through an IBM cloud environment and built locally in the UAE.