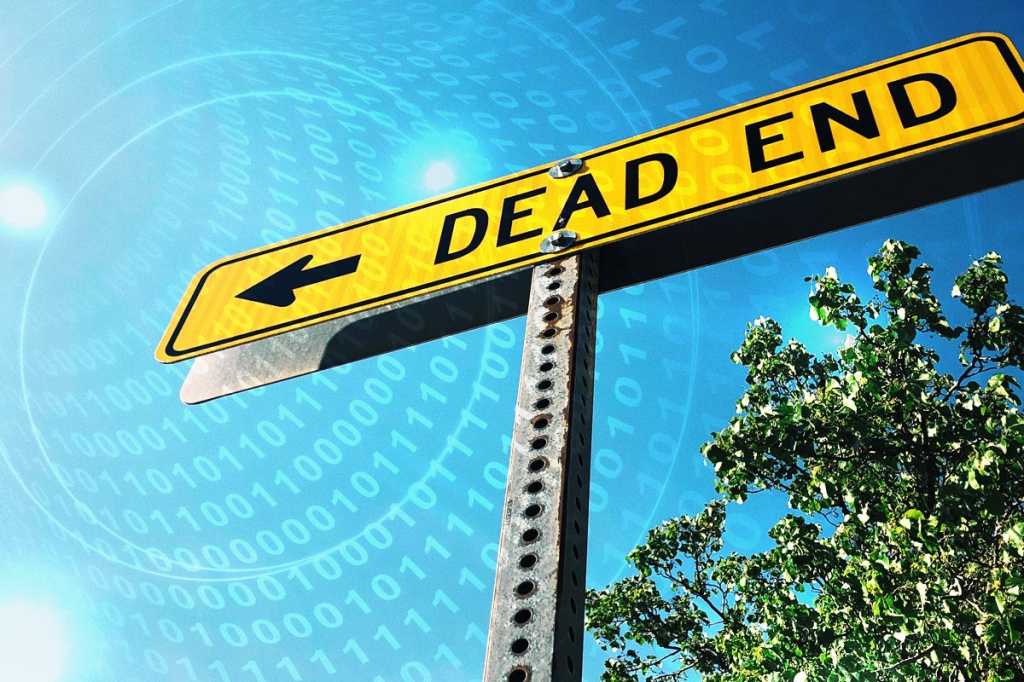 Sentara Healthcare embarked on its digital transformation journey two years ago, seeking to create better experiences and outcomes for its patients and providers.

To transform, Michael J. Reagin, senior vice president and chief information and innovation officer at the Norfolk, Va.-based nonprofit organization, recognized the need to shed decades’ worth of legacy systems, shift to the cloud and redesign systems to center around consumers and not the organization.

Now deep into its transformation initiative, the 125-year-old Sentara is spinning up DevOps teams and migrating more of its infrastructure to the cloud. But that modernization hasn’t been easy: “We have the scars and cuts and bruises to prove it,” says Reagin, who admits to a few missteps along the way.

That’s not unexpected, according to CIOs, consultants and researchers. After all, digital transformation is extremely difficult, with research from McKinsey & Co. indicating that less than 30 percent of transformation initiatives succeed.

Experts list various reasons for the high rate of failures, but one of the leading contributors is the IT stack itself. Indeed, executives, analysts and business advisors routinely cite legacy debt among the biggest obstacles that organizations face when trying to transform into a digital operation.

Modernizing IT means more than replacing old applications and infrastructure with newer models. It takes a nuanced strategy that considers business needs and objectives alongside technical capabilities, as well as resource availability and constraints. It’s a complex balance that offers ample opportunities for mistakes.

“When it comes to modernization, CIOs have to do it with the right reasons in mind. You can’t just say, ‘I’ve got old stuff to replace,’” says Thomas Klinect, senior research director with advisory firm Gartner.

Here are the most common IT modernization mistakes, according to transformational leaders and experts.

Lacking visibility into the existing IT stack

The No. 1 reason modernization efforts fail is because IT doesn’t know the full scope of what’s in place, Klinect says. The end result? Tech teams spinning their wheels.

“They’ll start the project, and three or four years later they haven’t moved an inch. I like to call it virtual burpees, and they just keep doing it,” Klinect says, adding that he has seen CIOs invest tens of millions of dollars in repetitive updates without making any real progress. Klinect says IT organizations have become so complex that IT cannot understand what they have without using enterprise complexity analysis (ECA) software to unravel it.

The sheer scope of modernization can be overwhelming. It can also sink success, experts say.

CIOs and their C-suite colleagues too often are tempted into thinking that digital transformation requires them to tackle all the legacy debt. But that approach gets the enterprise chasing the wrong objective (implementing new technology) rather than going after the real one (transforming processes to deliver new or improved value to the organization).

In the former scenario, IT could spend years implementing new systems that don’t support transformation; while in the latter scenario IT will modernize technology more strategically based on what’s needed to meet identified objectives.

“You can have the right integration points with legacy system and, if done right, you could have the agility and feature set that your business partners or customers are looking for,” says Matthew Mead, CTO of SPR, a digital transformation agency.

Modernization efforts also fall short when CIOs think of modernization and transformation as step one and step two, rather than intertwined, says Tony Saldanha, president of Transformant, a consulting firm specializing in assisting organizations through digital transformations, and author of Why Digital Transformations Fail: The Surprising Disciplines of How to Take Off and Stay Ahead.

“That was a valid approach 10 or 15 years ago when the role of CIO was mostly to scale and standardize; now it’s about scale and agility and growth all at the same time,” says Saldanha, who worked for nearly three decades at Procter & Gamble, where he ran both operations and digital transformation for its global business services and IT organization.

CIOs who prioritize modernization ahead of transformative business-driven initiatives “will have the funding pulled from them,” Saldanha says, resulting in “less engagement from the business, and skunk works stuff happening in the business.”

Similarly, Saldanha sees modernization efforts fail to deliver good returns when IT focuses solely on modernizing the technology and not the processes that underlie the technology. In other words, he says, simply moving an on-premises application to the cloud is not enough.

He compares this lift-and-shift approach to switching an old gas car for a new one, instead of opting for the electric car model. He advises CIOs to ditch the lift-and-shift model and instead evaluate what needs to be re-engineered or re-architected and where they can leverage microservices or other leading-edge technologies to gain the agility needed for continuous improvement.

Taking on too much at once

Mead once worked with an insurance company in the aftermath of a failed modernization initiative, where the IT staff had taken on a large-scale complex upgrade that involved re-platforming key applications, integrating it with multiple systems and learning a new coding language to support all the work.

“It turned out to be an epic failure, because they weren’t being incremental and learning along the way and creating incremental value,” Mead says. He acknowledges that technology teams might want a clean break by switching off a legacy system to go live on something modern, but they’ll likely find — as that insurance company did — that that approach isn’t often as successful as taking smaller steps toward modernization.

Most CIOs have moved away from technology for technology’s sake, but some IT departments still chase after the latest and greatest innovations without determining whether those technologies will actually support business goals, experts say.

It’s true that implementing new technologies will create a modern IT infrastructure. But doing so could still fail to deliver value.

“IT doesn’t need to have all the things in IT modernized, just what’s on their hook which business defines for them,” Klinect says. “Use the business side to modernize, not the IT view. [Identify] the business process that make money and the applications that support those business processes. That gives you what you’re going to modernize. Then you can organize it in waves.”

Failing to form the right teams and empower them

The days of the command-and-control IT executive are over. And CIOs who still lead their departments in such a manner are likely hurting their modernization efforts — all while stifling their team’s ability to respond to business needs and deliver innovation, experts say.

According to Saldanha, IT leaders must evolve their thinking if they want to build for the future. In fact, he suggests renaming IT the “digital resources function” to reflect that evolution.

Mead, likewise, sees the need for CIOs to move away from conventional management techniques in which teams need to constantly seek CIO or committee approvals. CIOs should instead build teams that possess the technical and business skills needed to deliver modern solutions as well as the ability to work well together. CIOs should then empower those teams to meet their objectives in the ways they determine will work best.

“I wouldn’t underestimate the people side of this and the need for a sense of shared goals and shared camaraderie, that they’ll either succeed or fail together,” he says.

Investing too little in change management

“Make sure your pace of innovation aligns with the pace of adoption,” says Kumar Krishnamurthy, a principal with Strategy&, PwC’s strategy consulting group.

Change management has become increasingly complex, as it goes well beyond training employees on how to use a new application. Today change strategies should address a range of issues to guarantee that new systems work as intended, work securely and meet user needs and expectations. Krishnamurthy adds: “The sophistication of how you manage these large projects is extremely important.”

Trying to do too much in-house

As Sentara started on its transformation journey, Reagin says he realized he “needed an ecosystem of partners who could help us orchestrate this.” He came to that conclusion after his infrastructure team got bogged down trying to build out and scale a network link to support a new digital platform — a project that proved costly and overly time consuming. So Reagin says he opted to partner with data center and co-location provider Equinix who could more effectively deliver the infrastructure needed. Now, he says, he more actively engages partners to bring more speed and save money.

Making it a project

Arun Ramaswamy, chief technology officer at Nielsen Global Connect, is guiding the company through its evolution to a technology-enabled software and data-as-a-service model.

“Our strategy has been holistic, as we are modernizing the entire content lifecycle, including acquisition, factory, platform and applications. We are leveraging tools and architectural patterns on the cloud, via our data lake, cloud warehouses, machine learning and big data pipelines,” he explains, adding that the work is ongoing, as his team continues to decide what to retire, converge or modernize.

“Modernization is a journey without an endpoint,” Ramaswamy says. “Marketing oneself as ‘future proof’ is a fallacy; every company today must be diligent to continuously upgrade one’s technology infrastructure. Today’s modernization may be obsolete tomorrow.”

Klinect advises others to take that view, seeing modernization as an ongoing process with no endpoint. “Companies try to make modernization a project, but the problem with that thinking is you find yourself back at square one shortly after you think you’re finished,” he says. “It has to be continuous, it has to be seen as continuous modernization.”