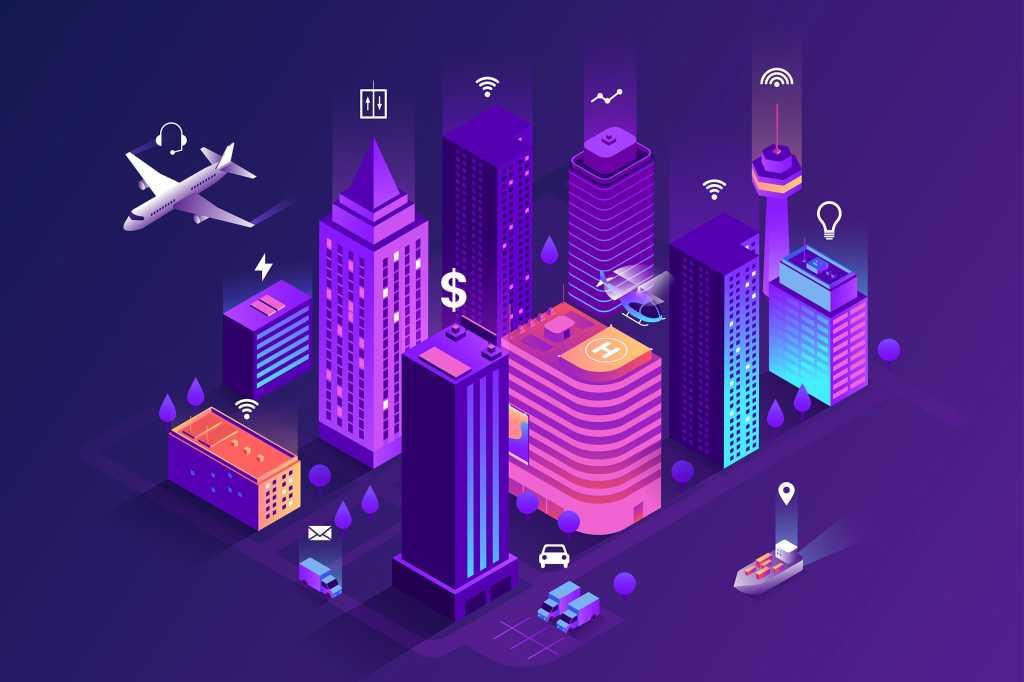 Along with a host of other technologies thought only a decade ago to be inviable, the internet of things (IoT) has achieved hard-won status as “no longer a gimmick”. Quirky smart fridges and trivial gadgets have given way to full-blooded solutions that are optimising operations, cutting costs and saving lives across industries.

The Middle East is already immersed in IoT technologies. In the UAE, the launch of Dubai’s IoT strategy in Q4 of 2017 was intended to build a platform for smart city development. And in the northwestern Tabuk Province near the Red Sea, Saudi Arabia’s government plans to build the tourist city of Neom, which will rely heavily on IoT infrastructure.

Applications across the region include ticketless parking systems, smart grids and e-gates at airport passport-control zones. And most telecom providers now offer platforms for IoT development.

According to Matin Jouzdani, Head of Data Analytics and Emerging Technology at KPMG Lower Gulf, “any building or significant piece of infrastructure will have IoT embedded from top to bottom, from building-management systems to smart meeting rooms.”

In its infancy, IoT appealed to transport and logistics companies, which used radio-frequency identification (RFID) and GPS technologies to monitor vehicle locations and delivery progress.

Manufacturing companies took an interest when it became clear that smart sensors could be used to monitor installed machinery at client sites, delivering real-time operational data to central locations.

This allowed firms to offer so-called predictive maintenance – where equipment could be repaired prior to failure – and to offer up a slew of smart appliances for the home, such as refrigerators and TVs.

But following the global financial crisis of 2007-2008, Middle East firms from all sectors were looking for ways to do more with less and turned to IoT for answers.

“Nowadays, all industries are looking to embed IoT in their processes, due to the sheer number of possibilities it opens up,” said Jouzdani. “The telecommunications industry is one of the current leaders, with operators looking [to deliver] the best connectivity solutions between devices.”

Durou agreed that telecom firms were prime adopters of IoT, pointing out that regional operators were “heavily investing in developing business units, networks and technology roadmaps”.

“IoT is viewed by telcos as a core angle of revenue growth in [GCC] countries, [which are known for] saturated human SIM penetration,” he said.

Jouzdani also cited the “significant impact” made by IoT in the construction industry, enabling the optimisation of energy consumption through smart solutions. And Durou said governments across the Middle East are exploring IoT ventures, particularly as the technology can accelerate the development of smart cities and smart mobility.

He also suggested that the region’s energy sector was poised for “mass-scale IoT rollouts”, with a focus on asset management and predictive maintenance. And healthcare providers are now rolling out wearables-based solutions to monitor vital signs and the progress of chronic illnesses such as diabetes, he said.

While the region is still in the early stages of IoT adoption, many organisations are now starting to put together concepts and design plans, to monetise the technology. Telecoms will prove to be a key sector as adoption increases, as providers form the connective hubs necessary for internet-enabled solutions to function.

Durou pointed out that IoT still has a long way to go in regional markets, making a relatively small contribution to telcos’ revenues (“generally below 5 percent”, he said). However, he believes the Middle East market for smart solutions is in growth mode for several reasons, including telecom operators’ desire to capitalise fully on the launch of their 5G networks. The low-latency potential of 5G is one of the key drivers to the expansion of IoT use cases.

“We [saw] the number of IoT-connected devices [surpass] the number of mobile devices last year,” he said. “Governments across the region are continuing to promote the smart city agenda – either greenfield in Neom [Saudi Arabia] or smart mobility developments in Dubai, via Smart Dubai.”

In addition, Durou suggested, the Middle East’s reputation for early consumer adoption can be seen in the demand for IoT products, and the consumer electronics segment will “continue to drive the bulk of IoT adoption” in the region.

But as IoT fever takes hold, what of the region’s smaller enterprises, long known to account for large swathes of many economies?

In some countries, they are starting to make up more than half of national productivity, such as in the UAE, where the federal government announced small and medium-sized enterprises (SMEs) will contribute 53 percent of GDP this year.

IoT for the SME

Many of these smaller players will have access to IoT systems, as long as they are prepared to deal with cloud providers. Costs, according to Jouzdani, are not prohibitive and many providers offer “IoT DIY kits”.

“So, anyone can develop an IoT application without much initial investment,” he said. “This could be an opportunity for SMEs to add competitive value to what they do without too much investment.”

But Durou believes SMEs will not appear in the region’s IoT demand picture. Citing a lack of availability in off-the-shelf IoT solutions, along with skills and costs barriers, he said that there was more scope for SMEs to be suppliers of IoT solutions to larger-scale project-runners like governments and construction companies.

“On the supply side, we see a great role for SMEs,” he said. “As with Machinestalk in Saudi Arabia, we see that innovation and new applications in the IoT space are likely to be driven by start-ups and SMEs partnering with larger companies in the telco and ICT space. The industry depth needed for vertical IoT applications is likely to be better addressed by specialised sectorial offshoots than large ICT companies.”

Both Durou and Jouzdani are upbeat on the five-year outlook for the Middle East IoT solutions market.

“Digitisation can be singled out as the most important theme for CEOs and boards to drive significant advantage and cost efficiency, and IoT could offer one of the most important opportunities,” said Jouzdani, who sees the next five years as being “vibrant”.

“As long as digitisation continues to remain a priority at the board level and use cases exist, we can expect IoT to continue growing at an exponential rate,” he said.

Durou said that, when accounting for all public- and private-sector use cases, together with short-range and cellular deployments, the regional IoT market could see “high double-digit growth on par with, or higher than, international markets”.

“By 2024, we see a potential for the total number of IoT connections to [overtake] the half-billion mark, with an acceleration of cellular IoT connection post 2020, following the launch of 5G across the region,” he added.