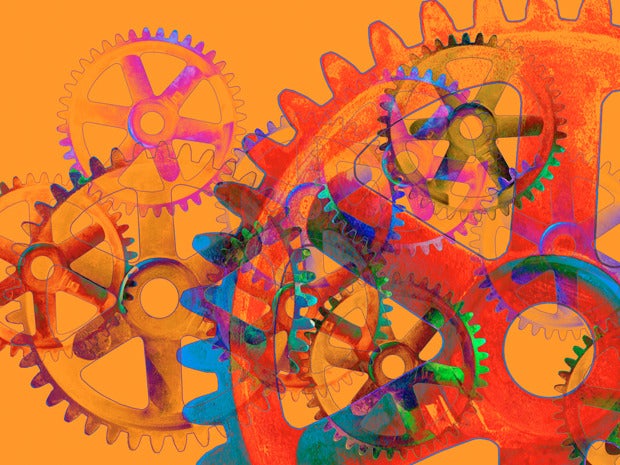 Your IT organization is either already a “software factory” or aspiring to be one via digital transformation, devops, agile et al. Many leading consulting firms have opined about this emerging trend over the last few years:

What’s new about this? Some may ask. Automation has been a part of the evolution of IT for many decades now. However, this factory is not just about “automation” but is all about “Intelligent Automation.” This is automation driven by artificial intelligence. A BCG study points out:

“Today’s AI algorithms already support remarkably accurate machine sight, hearing, and speech, and they can access global repositories of information. AI performance continues to improve, thanks to deep learning and other advanced AI techniques, a staggering level of growth in data, and continuing advances in raw processing power.”

These developments have led to an explosion in AI-enabled business applications, some of which were showcased so effectively at the recent Google I/O Conference (valuable insights about where the future is headed per Google’s vision and trailblazing work in areas of artificial intelligence, natural language processing, machine learning, deep learning, text-to-voice, driverless cars etc.)

Many players have made forays into machines writing code for machines:

The next evolutionary step in the continuum is to leverage AI capabilities to build a software factory. Like any other factory the software factory is essentially modular. One need not think of it as an end-to-end platform from day one. You can build “intelligent automation” into an existing software delivery organization in alignment with the spend and cost transformation initiatives underway or aligned with your delivery priorities and transform it to a “software factory” piece by piece.

I recently had a chance to catch up with Ram Shanmugam, co-founder and CEO of Autonomiq, an AI-based software vendor, who has considered QA/Testing to be the best place to start with the intelligent automation of the software factory. He elucidates the reasons as:

“……. we see QA as the low hanging fruit for companies to pick off. Why? It’s simple:

“Artificial intelligence has arrived for software QA. As applications get more complex and agile timelines get shorter, QA teams have been squeezed to the breaking point,” says Kevin Surace, CEO of Appvance, another player in this field.

Testing/QA seems to be an area ripe for disruption. We have “old stack” players like CA and Microfocus. The “new stack” environment is fragmented among many players: scripting layer (Testcraft); data layer (synthetic data generation: CA; execution layers: SauceLabs).

So an offering for QA/Testing is likely to be highly disruptive by offering features like:

Some of the disruption will be driven by changing the nature of the developer-tester continuum. Right now there is lot of stop and go as developers wait for testing results to come back. By introducing this kind of intelligent automation in the mix the efficiency of the developers is enhanced as they can continually develop. The throughput of the entire software factory is enhanced as the QA/Testing bottleneck is alleviated.

Tools such as these will allow intelligent automation to be built into in-house test environments or with third party test vendors: both cases drive costs down, efficiency up. This would just be the beginning of intelligent automation of the software factory. One can expect it to spread to other “cells” which make up the software delivery assembly line in the foreseeable future. Stay tuned.

Since 2011, at Xerox, Deepak Seth has served in several IT architecture and strategy leadership roles including on the IT separation management office tasked with separation of company’s IT organization between Conduent and Xerox as part of a corporate spinoff. He currently has the mandate for managing IT organizational risk focused on developing and implementing an organizational risk operating model, and management process.

He is a passionate advocate for innovation, R&D, and strategic discussions related to the adoption of Cloud solutions, API Microservices, predictive analytics, collaboration tools, blockchain, and other nascent technologies into the enterprise to develop new opportunities and applications.

Prior to Xerox, he has led several global initiatives for leading Corporations (including Bausch+Lomb, BlueCross BlueShield etc.). He has extensive experience in sales, finance and information technology in Asia, Africa and the Americas.

Deepak is an avid blogger and has contributed a number of management and current affairs articles to publications such as the Wall Street Journal, Rochester Democrat & Chronicle, the Times of India and The Pioneer. His observations and comments on Innovation and Strategy have been published in the Harvard Business Review and the McKinsey Quarterly. He is a very strong advocate and avid contributor to Xerox’s Yammer social engagement platform.

Deepak enjoys public speaking and has spoken at several forums – most recently being at Saunders College of Business- RIT and at the Memorial Art Gallery (both in Rochester, NY).

Deepak is strongly committed to giving back to the community and his community engagements have included serving as a Community Member on the Rochester Democrat & Chronicle Editorial Board; as President of Jain Society of Rochester and founding Board Member for DIAL (Development of Indo-American Leaders).

The opinions expressed in this blog are those of Deepak Seth and do not necessarily represent those of IDG Communications, Inc., its parent, subsidiary or affiliated companies.