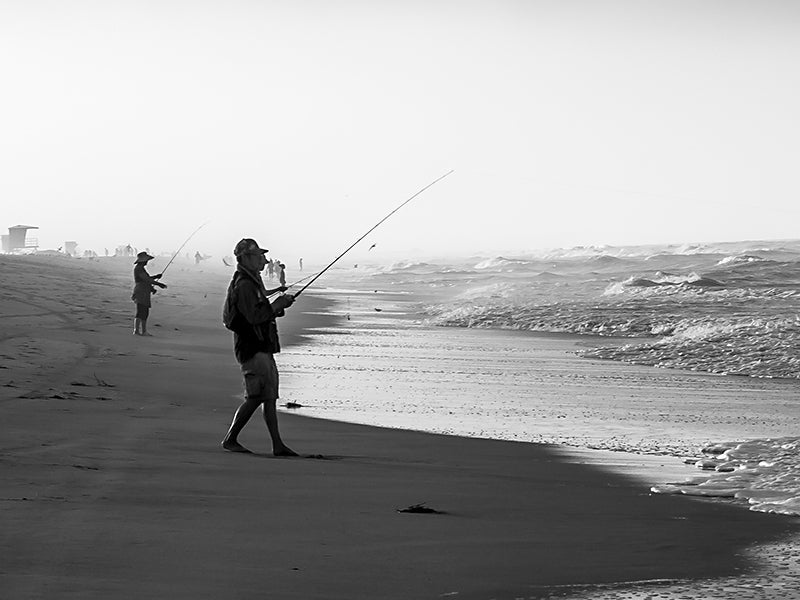 As many as 43 percent of U.S. companies outsourced software development in 2017, and they all sought the promise of cost reductions, hard-to-find IT talent, and reduced time to market. On the surface, offshore vendors can offer every one of those benefits and more. But scratch one layer below and you’ll find a market rife with bait-and-switch schemes that can quickly turn the pursuit of cost reductions into an expensive cleanup mission. Understanding the most common games offshore vendors play and adopting the defensive strategies to win at them can protect U.S. companies from getting hooked.

Being duped by an offshore vendor on the other side of the world can be devastating. If you haven’t experienced this, consider yourself lucky – but not immune.

As many as 43 percent of U.S. companies outsourced software development in 2017, all seeking the promise of cost reductions, hard-to-find IT talent, and reduced time to market. On the surface, offshore vendors can offer every one of those benefits and more. But scratch one layer below the surface and you’ll find a market rife with bait-and-switch schemes that can quickly turn the pursuit of cost reductions into an expensive – and heartbreaking – cleanup mission.

I know because I’ve seen it myself

Nearly a decade ago, I was working for an offshore vendor based in India. Our primary client at the time was a major U.S. technology company that had come to India on a customer site visit.

Another customer was there that day as well. This one represented a global telecommunications firm. Two major clients in the same place at the same time apparently presented major problems for the vendor. A member of the vendor’s leadership team stealthily shuffled me into a conference room and warned me, “Don’t tell the telecommunications executive who is on your team.” What he left unsaid was that he was double-billing – charging two companies full-time rates for a team that was split between the two.

At first, I was shocked. Then I learned it was a common practice

There are plenty of articles and resources out there espousing the ethical considerations of hiring an offshore vendor but far fewer ones on how companies can spot – and win – the games vendors play. These games can be incredibly costly: in a double-billing situation similar to the one I witnessed, your effective hourly rate can be two or three times higher than your bill rate.

And some vendors can jeopardize the security of data and intellectual property (IP). One of my health care clients told me a cautionary tale of a time they’d hired a company in Ukraine to develop a software application that stored and coordinated HIPAA-regulated data. Thankfully, patient data wasn’t compromised in this instance, but the client’s IP was shot when, the day after they released their app, another one that looked and acted exactly like theirs popped up for sale under a different name in Ukraine. Someone had taken all the code, rebranded it and started selling it online, and there was nothing my client could do about it.

There may be no foolproof way to completely protect yourself from the games offshore vendors play, but you should at least know the rules. By understanding the common games played and the most effective ways to limit their negative impact, you’ll be armed with the rules and best prepared to get the most out your vendor partnership.

Here are the 4 most common games offshore vendors play and your defensive strategies to win at them.

1) The person you interviewed won’t ever touch your software project.

In fact, they may never touch anyone’s software project. They’re professional interviewers who make the sale, not the software. It’s the worst kind of bait-and-switch because it feels so personal.

How to win: Demand direct communication with every resource on the team. Many vendors require that client communications go through one team member. On one hand, this is efficient. On the other, it represents a lack of transparency, which can only serve to protect the vendor. Make full-access communication part of your contractual demands. It’s well within your rights to talk to any person working on your business, anytime you wish, and buyers should walk away from vendors that are unwilling to acquiesce.

2. They’ve promised to get people on-site in a few months, but it turns out their teams don’t have visas and now it will take nine months.

Prepare for this problem to get worse before it gets better. In January 2018, the Trump administration introduced a policy that requires companies to prove that its H-1B employees deployed at third-party work sites have “specific and non-qualifying speculative assignments in a specialty occupation.” To a certain degree, the policy was implemented with good reason. According to the Wall Street Journal, three of the top five consumers of the H-1B visa program are Indian outsourcing firms. The concern is that U.S. companies are importing a large number of workers who get paid less than American workers, rather than just importing workers with unique and hard to find skills.

How to win: Request proof that your resources have valid visas during contract negotiations. Offshore engineers with visas are more valuable, so you may pay more for the guarantee, but those costs will likely pay dividends in saved time and more experienced team members.

3. You’ve been guaranteed exclusive resources and you are paying a full-time bill rate, but you’re actually sharing resources with another company.

This one is painfully common, as I saw years ago. While each client thinks they’re getting – and know they’re paying for – a full-time exclusive team, the vendor is double-billing. The challenges here are twofold. First, the client is simply not getting what they are paying for. Secondly, the double-billing vendor teams are working twice as hard, which raises issues of overwork and reduced quality.

How to win: Negotiate the right to show up unannounced. The very threat of a surprise site visit could deter vendors from double-billing. Then actually make good on your threat. Visit the vendor, spend time with the resources, and make it impossible for them to give you anything but full-time attention.

4. They’re abusing third-party vendors and subcontractors – all on your dime.

The ethical considerations of using underpaid or otherwise marginalized subcontractors – even unknowingly – are significant, and they carry with them an increased risk of data breach and IP theft.

How to win: Force full transparency from the vendor, protect your data, and avoid regions prone to corruption. The first line of defense is transparency. In the same way you’d force transparency to ensure you’re getting full-time resources, unannounced site visits and a deep understanding of the workflow can keep unknown subcontractor use and abuse at bay. If you’re 10,000 miles away much of the time, protect your personal data and work in regions with high levels of technical and physical security and low levels of corruption. Regions in Latin America and Belfast meet those requirements today; North Korea and Venezuela do not. For the strongest IP protection, consider vendors in Mexico, Europe and Canada, which adhere to U.S.-developed IP laws.

Before you play with offshore vendors, learn the rules to win

The right offshore vendors can offer more than cash savings. The right vendors are trusted partners, driving economies of scale and competitive advantage. However, the global outsourcing market is growing fast, and with that growth comes new vendors and new games. Playing to win isn’t just about getting the best rates; it’s about knowing the games vendors play and protecting yourself against them well before your partnership begins.

Mike Barrett is the co-founder and CEO of Unosquare LLC, providing healthcare and financial services clients with IT consulting and software engineering services from offices in the U.S., Mexico and Belfast, UK. Mike has over 30 years sales and marketing experience with 12 years in tech leadership roles working with offshore and nearshore companies. Follow on twitter: @mikebarrett10 or @unosquare.

The opinions expressed in this blog are those of Mike Barrett and do not necessarily represent those of IDG Communications, Inc., its parent, subsidiary or affiliated companies.