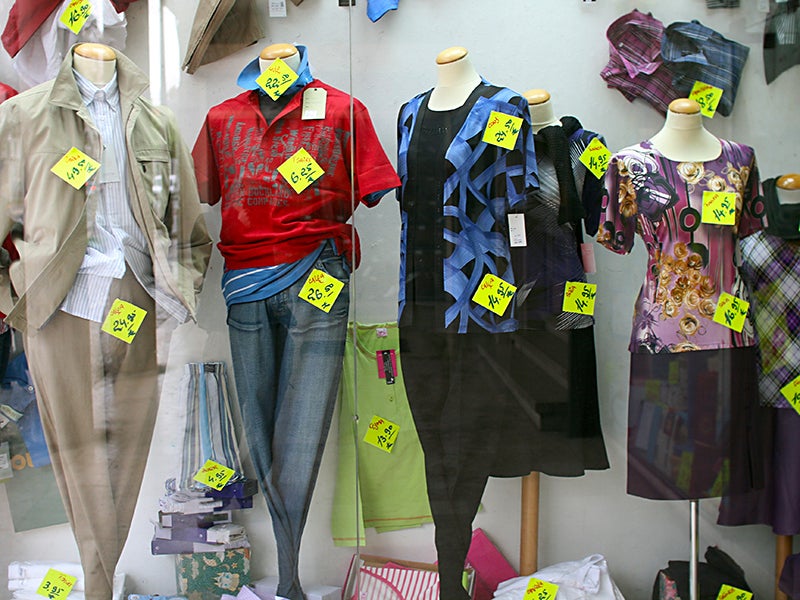 Singer-songwriter Carsie Blanton uses an appealing CD sales pitch in her live performances.  She says, “I believe music is more important than money. But I like money.  So, pay what you wish.  That doesn’t really mean free. If you’re broke, sure the CD is free.  But if you’re wealthy, its $10,000.”

The audience laughs, which reveals an interesting fact about personalized pricing.  For most people, it seems intuitively fair.  People who have more should pay more.  People with less should get a break.

As she says in her Pay What You Please Manifesto, the price of her music should be based on “what it’s worth to you.”

Of course, what it’s worth to you depends in part on your musical taste, and people will not all agree on that. But willingness to pay also depends a lot on how much people have to spend.  If you have a lot, then you might spend $30 or $40 for a CD you really like.  If you have less, a price tag that high will probably mean you won’t buy it even if you like it a lot. But you’d pay $5 for it.  Why not charge different prices to different people? If people had to pay what music was worth to them, the rich would tend to pay more and the poor would pay less.

Yet many, especially in progressive circles, think personalize pricing is unfair.  And public opinion polls reflect this.  A survey by Joseph Turow, a researcher at the Annenberg School, found that people “overwhelmingly object to…all forms of price discrimination as ethically wrong.” You might take this result with a grain of salt, however.  Carsie Blanton’s sales pitch suggests that how people react to personalize pricing might depend on how you ask the question.

Personalized pricing is not discrimination against protected classes

This suspicion of personalized pricing partly reflects a deep distrust of how markets work.  People suspect that personalized pricing wouldn’t actually reflect what things are worth to their purchasers.  They worry that producers might charge on the basis of race or gender or some other arbitrary characteristic in ways that are unconnected to the value people place on things.

To be sure, some proxies for willingness to pay more aren’t allowed under the non-discrimination laws. The California Supreme Court recently ruled that Match Group’s attempt to charge older people higher prices for its dating app violated the state’s civil rights law banning age discrimination. The basis for charging higher prices for older people cannot be that they are older people; it must be that they are willing and able to pay more.  The same goes for other protected classes, including race, gender, and religion.

There will be some tough cases. A new lesbian bar in Brussels charges “different prices for different types of people, depending on their “privilege.””  “Privilege” sounds like a social status concept, or maybe a gender concept.  The discrimination laws would need to be interpreted to deal with this and other edge cases.

In general, personalized pricing algorithms would be subject to the non-discrimination laws and would need to be able to demonstrate that they pass a disparate impact test.

But at the end of the day companies want to make money.  Even Carise does.  She’s willing to give her music away free to someone who cannot pay for it, but she wants to charge everyone what the music is worth to them and that means that all, including those in protected classes, will be able to buy her music at prices they can afford.

Generally, markets are aligned with the value that people place on things.  They punish bigotry. Under personalized pricing, companies will not systematically leave money on the table by mispricing their product on some basis other than what people think it’s worth.

Another objection to personalized pricing is that it would transfer consumer surplus from consumers to producers, resulting in an unfair re-distribution of wealth.

But this is just wrong. Personalized pricing is fair. The reason is that consumers are not all the same.  Only well-to-do consumers suffer from personalized pricing.  They have to pay more, because they can and are willing to do it.  Those who are less well-off will pay less and will thereby gain access to a product or service that previously was unaffordable under an average pricing scheme.

As Hal Varian and others have demonstrated, personalized pricing is efficient when it increases output.  It enables people to buy more, not less, at prices they are willing to pay.  But its also fair because it makes the poor better off.

If the welfare of those who are less well-off goes up at the expense of the rich, how is this unfair?  What those who object to personalized pricing on justice grounds seem to be saying is that the rich should use their anonymity in the marketplace to maintain their advantage over those who are not as well off. Put this way, it does not appeal to any reasonable sense of fair play.

Real personalized pricing is not yet widely practiced.  But as more and more information about consumer behavior becomes available companies will increasingly move in that direction. We shouldn’t be afraid of this development. We should welcome it as a way to promote greater equality and overall social welfare.