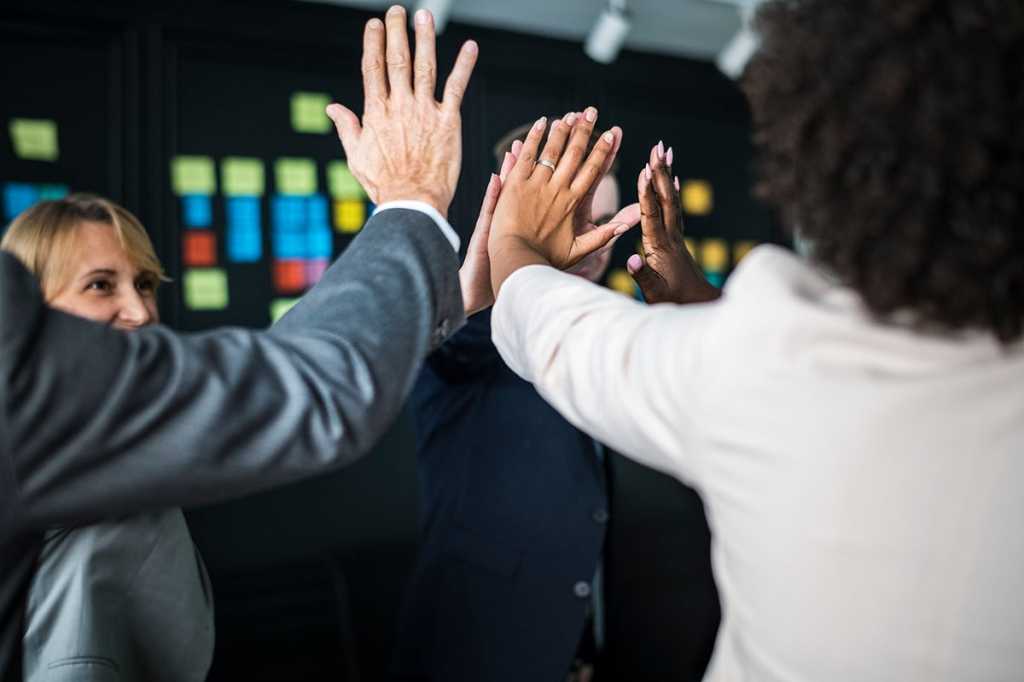 An oft-neglected factor in project success is ownership.  That amorphous and ethereal quality that separates those who care deeply from those who are following orders.  As the saying goes, with any bacon and egg breakfast, the chicken is involved, but the pig is committed.  When a team takes ownership of its product, magic happens.  Urgency and energy increase, collaboration occurs, and pride skyrockets.  So how can leaders create environments where ownership – true ownership and not simply legal or material ownership – takes root?

Recently, I needed some outdoor piping re-plumbed, and I had a malfunctioning ceiling fan switch.  Using my self-bestowed scheduling genius, I took advantage of this nexus of needs by scheduling both these appointments (electrician + plumber) for the same day.  As I reveled in my deft scheduling prowess, I had no idea I was about to be schooled with a vivid leadership lesson.

Before we explore that, here’s some background

Early in my career, my colleagues and I would leave work after our typical 11-13-hour workday, and we’d sit in our cars in the parking lot of Nell’s Diner (Arlington, Va.) late into the usually sweltering DC-area summer evening.  What were we doing?  Lamenting how much better our world would be if we ran it.  “If this was our project, we know exactly what we’d do.”  We were all employees of a large consulting firm, working our tails off to build an application for the client (and our bosses).  We knew we had all the answers if only someone recognized the compelling need to thrust the ship’s helm into the hands of us 20-somethings.  They didn’t.  So, on we bellyached into the silent, starry night, sitting in our cars, letting the swampy Arlington air waft over the hot gravel.  Of course, this was long after Nell herself had closed her trailer-shell lunchtime diner for the day.

A few years after that, my colleagues and I did grab the helm.  We started our own consulting firm, and in the decades since, I’ve led technology and consulting firms and seen many successful projects (and some not so successful).  Decoding what factors lead to success still fascinates me, although it still appears more art than science, and more elusive than formulaic.  My humbler side imagines that some new generation of employees now grinds axes in a similar parking lot, wishing for the moment that I yield my decisions to their wiser grip.

Back to present day

The electricians arrived first.  I revealed the problem, being careful not to provide any uninformed, amateur diagnosis that might damage our vulnerable, newborn relationship: “The ceiling fan worked last year with this wall switch, and now it doesn’t.  And we’ve never had or used a remote control with this fan.”  The next 45 minutes would prove arduous for me and would test my patience since I desperately craved for them to own the problem, as if it were their home.  In fact, I even used those words: “If this was your house, what would you do?”  They repeatedly insisted that the fan would only work with a handheld remote control, and the absence of one meant they could do nothing more.  I envisioned them testing the voltage on my switch, analyzing where the current flow stopped, and hacking a solution that would return A/C power to the fan motor.  Even if they were right about the remote control, a slightly creative electrician could bypass the remote receiver to get the fan spinning.  That breakthrough never occurred, despite my best attempts to charm, cajole, and use creative body language to spontaneously generate this desired behavior.   They departed our home leaving two things: a service call invoice, and a burning, frustrated ember inside me that only a cool breeze from the heavens could extinguish.

Enter the plumbing crew.  My outdoor hose spigot needed to feed two remote water pipes, plus the hose itself.  Over the years, I had engineered a hose junction system that always dripped (slowly) and resembled the “Warning Will Robinson” robot from Lost in Space.  (Later generations: please reference the “Noo-noo” from Teletubbies.)  Undaunted from the electrician experience only minutes earlier, I again followed my familiar (but unproven) tactic, revealing the problem without proposing a solution.  After several minutes of sizing up the situation, and them trying to get me to tell them what valves and fittings I wanted, I asked them the same question: “If this was your house, what would you do?”  The metamorphosis I had so desperately sought with the electricians sparked to life in the plumber duo: they immediately began devising, engineering, collaborating, and sketching.  My soul soared as I saw the light bulb of ownership begin to glow, first faintly then blindingly unmistakable!  They had taken ownership of this project, and the pride they now took in this project gushed with the throughput of a thousand faucets.  After several consultations with one another and more answers from me about how we used the water, they had devised a solution that was far superior to any that I could have imagined.  And after installation, it works perfectly – no drips, elegant appearance, confident control, and full winterization ease.

What spurs a team to take ownership of its own solution?  And how can leaders increase the chances of igniting this powerful spark?

Here are some tips designed to make the elusive more formulaic

Steve Cooper co-founded Excella in 2002 and has been its Partner since inception. Cooper has over 30 years experience in technology consulting, specializing in application development and database technology. His technical expertise spans technologies from the mainframe to client/server to the Internet. He possesses industry expertise in telecommunications, hospitality, federal government, law enforcement and manufacturing. His corporate role within Excella is focused on human resources and personnel development. He has developed much of Excella's cultural and professional development materials, including Excella University and the Excella Extension Center.

Cooper started his IT career at Andersen Consulting (now Accenture) and served as a Member of its technical support team at multiple clients. He was one of the first Andersen consultants to become a relational database expert in the early days of DB2.

Cooper is a graduate of Hope College with a Bachelor of Arts in mathematics., with minors in business administration and music. Lastly, Cooper is a serial entrepreneur, cultivator of exceptional careers, lover of cars and great blues, and is a keyboard and harmonica rocker.

The opinions expressed in this blog are those of Steve Cooper and do not necessarily represent those of IDG Communications, Inc., its parent, subsidiary or affiliated companies.