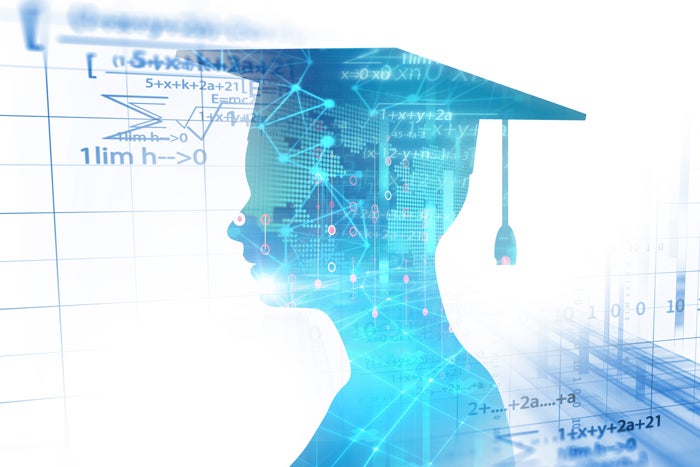 The newly minted graduates of the class of 2018 are about to enter the workforce, but according to new research from Future Workplace, many will do so without the necessary IT and technology skills employers need.

In a new study from The Learning House and Future Workplace titled “Closing the Skills Gap,” of the 600 U.S. human resources leaders surveyed, nearly half said that colleges aren’t preparing students for the working world. And that’s not good news for employers, more than half of whom indicated there is a skills gap in their organizations. Worse, more than a third believe that filling open positions this year has been harder than it was in 2017, with as many as 500 job openings going unfilled at 70 percent of the companies surveyed. Qualified candidates are becoming harder to find, especially for IT roles.

According to the research, 43 percent of employers say the roles that are hardest to fill are in technology and IT, and 63 percent say the most in-demand college major is computer information systems. The hard skills that are most attractive for employers are strategic thinking and analytical skills, according to 59 percent of respondents. Forty-seven percent of respondents say project management and computer skills are most important.

But who’s responsible for ensuring candidates — even those fresh out of school — are prepared with these skills? According to more than a third of companies responding to the survey, it’s colleges and universities who are most responsible for getting an employee work-ready.

Some companies are taking matters into their own hands, collaborating with colleges to make curriculum more responsive to workplace needs. But that is not yet a widespread trend, as more than 40 percent of companies have no collaboration programs — formal or otherwise — with colleges. As a result, almost a third of colleges do not have a pipeline of talent with the right skills to fill employers’ current and future roles.

And, despite this recognized skills gap, 74 percent of companies are investing only $500 per employee on training and development between upskilling and reskilling, the research says. More than half of employers say the most significant obstacle to upskilling their employees is a lack of budget.

“Companies are blaming colleges and universities for not preparing new grads better, but they bear their own part of the responsibility,” says Dan Schawbel, research director for Future Workplace. “The companies aren’t investing enough in their current employees to train and upskill them to take on vacant or new roles. Instead, they spend on technologies like AI, machine learning and other automation tech and rely on non-traditional candidates from bootcamps and outsourcing to try to fill the gap, and then wonder why candidates aren’t ‘prepared.’”

Nine in 10 respondents say they’re open to accepting non-traditional candidates that do not hold four-year degrees, with two-thirds open to hiring candidates with a recognized certification, 47 percent open to hiring a candidate with a degree from a massive open online course (MOOC) and 24 percent saying a digital badge is sufficient.

And without a perceived pipeline of talent, or the funds to upskill, companies are turning to automation and outsourcing to fill their need, with 40 percent investing in AI to help close the skills gap and nearly half planning to outsource projects rather than hire or upskill new employees.

The market for educational technology, bootcamps, apprenticeships and MOOCs to fill this skills gap has never been greater, but there are other ways private companies and traditional educational institutions can work together to close the skills gap and improve career readiness, says Todd Zipper, CEO of The Learning House.

“Universities, community colleges, school districts public and private — they all need to lock arms with enterprises, and they generally don’t do a good job of that,” Zipper says. “Of course, we tend to blame educational institutions for that and they’re a slow-moving industry that’s not very entrepreneurial and it’s not fair to put all the blame there. Many of the jobs that will exist in as little as ten years — the skills for those jobs haven’t emerged yet, and therefore they aren’t even being taught yet.”

As for enterprises, they are perfectly okay with spending hundreds of thousands on new tech or outsourcing, Zipper says, but aren’t comfortable adopting a role as a learning institution. That needs to change.

“If you want to compete, you have to evolve and take on more of that responsibility. In the short term, sure, that kind of investment in educating, upskilling and training employees who already have institutional knowledge doesn’t help their P&L, but over the long term, that’s how corporations are going to excel,” he says.

BSA The Software Alliance, an advocacy group for the global software industry, recently released a set of workforce policy prescriptions that detail how government, the private sector and educational institutions can work together to close the skills gap. These recommendations can ensure career readiness for new grads as well as assist those currently employed as they transition to emerging technology and IT jobs, says Victoria Espinel, president and CEO of BSA.

“This [skills gap] is a huge issue for the software industry, of course, but it goes far beyond just that — software, IT, digital skills are important in all areas in every industry,” says Espinel. “What it really comes down to is ‘every company is an IT company,’ as the saying goes, and so, we need to solve the issue of how we enable people to gain these skills and get these jobs. The software industry has been out in front with bootcamps and education programs, but there has to be equal effort from government and private industry working together.”

BSA’s agenda starts with improving access to STEM education, Espinel says, an area in which government can play a huge role. But private industry can also contribute by funding or offering classes for free, as well as sponsoring Girls Who Code and other non-traditional education opportunities.

Private industry already offers many options for mid-career training and upskilling, but one major problem is that they’re often hard for employees to find, Espinel says.

“People need to be able to easily identify and access the opportunities that are available. So, while private corporations are shouldering a lot of this burden, there’s a real opportunity, too, for government and Congress to boost federal training programs that can be modernized, streamlined and improved to better address modern skill gaps,” she says.

That means furthering investment in mid-career training for high-demand tech and IT skills as well as increasing training and reskilling for veterans to pursue these careers after leaving the military, according to BSA.

Creating alternative pathways to IT and tech careers is already big business, but there are many ways these programs could be bolstered and improved, Espinel says.

“Right now there are lots of conversations about college degrees — are they necessary? Should we be more intentional and thoughtful about providing other pathways for good, stable, well-paying jobs? This is an area where there’s a lot government can do,” she says. By strengthening apprenticeship programs, using the Perkins Act to expand technical school education and mainstreaming bootcamps, online courses and more, there’s a lot of opportunity here, she says.

Finally, broadening access to technology through universal, affordable, high-speed internet access and ensuring equitable access to technology in classrooms as well as promoting responsible immigration policies are two other areas where government and private industry can play roles, she says.

“Access is key to all of this; without access to basic technology, education isn’t possible. And, of course, strengthening our H1-B visa program as well as supporting DREAMers and DACA can help make sure there are a greater talent pool from which to recruit,” she says.

If career readiness is to be solved, governments, private industry and educational institutions will have to work together to ensure a highly educated, well-trained pool of candidates.