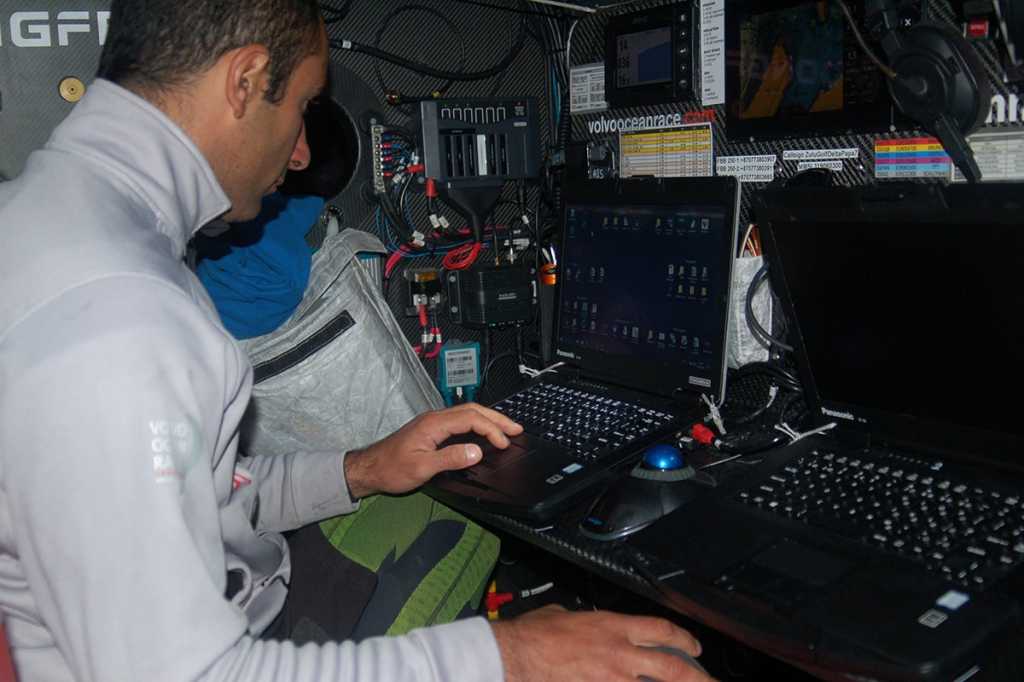 It was during the brutal seventh leg of the around-the-world Volvo Ocean Race in March 2018 when the unthinkable happened.

The 65-foot ocean yacht Scallywag, Hong Kong’s first-ever entry into the grueling race held every three years, was 1,400 nautical miles west of Cape Horn and slicing through rough seas, high winds, and driving rain when the boat was came down the crest of a large wave. The mainsail suddenly swung across the deck and hit crew member John Fisher, who had left the cockpit to secure one of the sheets. The blow knocked him unconscious, sweeping him off the deck and into the angrily churning waters

Although Fisher was wearing a survival suit and lifejacket, and the crew made a valiant effort to turn the boat around and rescue him, he could not be found and is presumed lost at sea. His legacy lives on with others who have lost their lives in previous races over the years.

The Volvo Ocean Race, formerly the Whitbread Round the World Race, is a grueling 45,000 nautical mile competition that typically lasts eight to nine months as teams from various countries race to various ports around the globe, including the only U.S. stop in Newport, Rhode Island, in May. China-sponsored Dongfeng and its multi-national crew was declared the winner today as it swept across the finish line in The Hague, Netherlands, in one of the closest finishes in race history, as well as the first to have a woman sailor as part of the winning team.

Throughout the competition, men and women on the crews lived in unbelievably harsh conditions as they battled highly unpredictable elements and pushed themselves to the limits of physical and mental endurance. Agility, collaborative, and communications skills, as well as the ability to pivot fast in the face of failure, are basic requirements for the job — not unlike those in IT today, although with a unique set of challenges and dangers.

Technology has always played an important role in the race: tracking the boats via satellite and the internet, maintaining communications with crews, and in the design of the boats. This year, however, each boat was equipped with a range of sensing, telemetry, and even advanced simulation systems that are used to analyze water and wind conditions and provide predictive analysis to the crew in an environment that is anything but predictable.

The environmental data collected by each of the boats is also analyzed from a sustainability perspective as part of a program funded by Volvo in partnership with the UN Environment Clean Seas campaign. Called the Volvo Ocean Race Science Programme, the objective of the effort is to gauge the health of the world’s oceans, which are impacted by both natural and human elements, such as pollution. One finding thus far: The spread of microplastics, mostly from throwaway plastic bottles and bottle caps, is far more prevalent than expected, extending into Antarctic waters and reaching one of the farthest ocean points on earth — Point Nemo in the Southern Ocean.

Given the extremely harsh conditions at sea, as well as the high cost of satellite transmissions, the on-board systems are also equipped with intelligence and optimization software that can decide what data is important at the time and when it makes most sense to analyze or transmit just the data that has changed to another location.

The multiple and redundant on-board systems are housed in cramped quarters on each of the boats, along with navigations and video and audio broadcast systems that tie into multiple antennae and satellite communications arrays that are situated just behind the helm on deck. In fact, one antenna is so powerful that crew members are restricted from getting close to it when operating due to the radiation danger.

“In the past, we used to have a back-end running day and night to calculate all this this. But when something happened, it wasn’t quick enough,” explains Jordi Neves, chief digital officer at the Volvo Ocean Race. “We needed to get an alert coming straight from the boat telling us when something is happening. This information feeds into libraries of historical and current information to alert the crews to potentially difficult situations, allowing them time to take action to get a competitive edge or avoid potentially life-threatening scenarios.

This year, race organizers also partnered with digital solutions provider HCL Technologies to provide support in analyzing and managing the data coming from the boats during the race, as well as provide video and audio support via live links and streaming from the boats anywhere they might be in the world. HCL teams were also in a race of their own, as they rushed to keep ahead of the boats to set up communications and computer systems at the 12 host ports and Volvo Ocean Race Villages to provide a digital experience to the expected 3 million visitors to these destinations. Live video and communications with race crews were also channeled to schools around the world as an educational element, much like video classes have been provided by astronauts from the International Space Station.

“With technology today, we’re able to bring this real experience, including the real-time aspects of seeing and feeling the race,” says Arthur Filip, HCL’s chief of sales and marketing transformation, from the Rhode Island pit stop in the race. “You can be in here in Newport, or you can be in Guangzhou or Chile, and you can be part of this race. That’s really cool. It engages a fan, gives people data, and gives people the augmented reality of being part of this experience.”

Keeping an eye on wind, weather and personal privacy

One challenge that may not have been top of mind as the world-class captains and crews battled wind and waves while they raced to the finish line is data privacy, especially as the boats collected reams of data from the world’s oceans and touched 12 ports in six different continents. Seven months after the race started, the European Union’s (EU) Global Data Protection Regulation (GDPR) went into effect, which stipulates strict enforcement rules and compliance regulations related to personal privacy.

Violations of these rules, that went live on May 25 and regulate the processing of data related to individuals in the EU, can incur stiff penalties and sanctions. Potentially included under the umbrella of these regulations are the millions of emails and data transmitted and exchanged during the eight-month race.

“To be honest, we’re really struggling to comply,” admits CDO Neves. “We had to pull all of that together very, very quickly.  It’s a big challenge.”

Sailing purists may take issue with the increasing use of technology and analytics in a competition that is basically meant to test a crew’s endurance and sailing skills, although those close to the race and the sport disagree.

“It is still a human adventure because the environment is very harsh, and strategies are often dictated by instinct and experience,” says Neves, who was previously the engineering director and chief of technology for the America’s Cup organization.

“It’s survival. You have so many possibilities, and it’s still a little bit far away from AI in that respect,” he points out. “You can set the course, and you can know where you want to go. But in the end, it is all about how you lead the people and how you push them to the limit. They put their fears aside and just want to win.”

Tim Scannell is director of strategic content for the CIO Executive Council (CEC), a global community of IT leaders and influencers whose mission is to advance the profession, provide direction and resources to current leaders, and guide and mentor future IT executives through a range of integrated products and services. He has close to 40 years' experience as a writer, editor and analyst in the computer industry, interacting with IT leaders, technology developers and digital innovators at all levels.

Tim is also a frequent speaker on technology and digital strategy topics. He was one of the first technology columnists for The Boston Globe; founder of Shoreline Research, a consulting and market research and information services company; and a managing director at 2in10, Ltd., a Scotland-based strategic business services and venture management company. Tim was also a member of the core start-up team of SOFTBANK Corp.'s U.S. division, and editorial director of its U.S. operations.