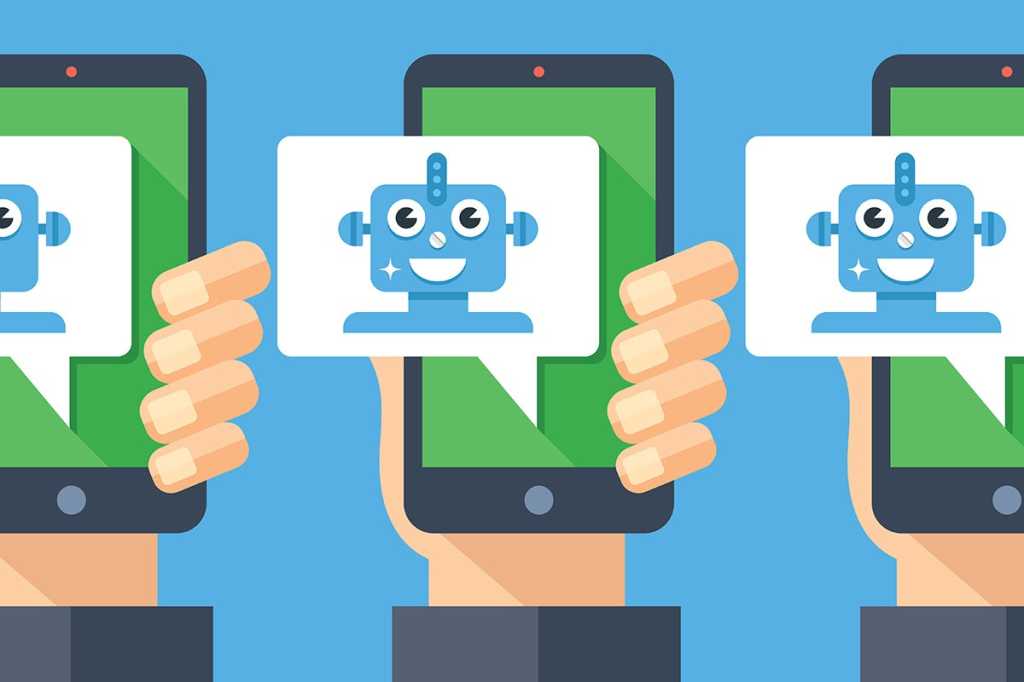 The other day, I was starting at my phone, happily ignoring my family, when it hit me like a ton of bricks. Oh my God, I realized. We desperately need an AI chatbot law! Like NOW. I immediately called my lawyer (and oldest friend), David Neumann, and explained to him the situation. The following is a transcript of our conversation:

Bryk: No time for small talk! We need to propose a new law ASAP, but everything I know about lawmaking comes from Schoolhouse Rock.

Bryk: We need a law that requires chatbots to identify themselves as such in robo-calls.

Bryk: I’m telling you, man, we are on the verge of commercially-available AI chatbots being able to easily pass the Turing Test…

Neum: Pass the what now?

Bryk: That’s the test of whether a computer can convincingly pass itself off as a human. If a person can’t tell they’re talking to a chatbot, the bot has passed the test. Folks have claimed their bots have passed, but that’s not really true. But it’s all just a matter of time. Some predict we’re about ten years away but my gut tells me it’s more like five.

Bryk: The problem is, once commercially available AI-driven chatbots are indistinguishable from humans, scammers will come up with innovative new ways to use them to scam people. At least with humans calling humans, there’s still a limiting factor—a human can only make so many calls per hour, per day. Humans have to be paid, take breaks and so forth. But an AI chatbot could literally make an unlimited number of calls to an unlimited number of people in an unlimited variety of ways!

Neum: AI as in Artificial Intelligence?

Neum: Sure I do! Anyway, humans also have a conscience and emotions that betray. They can be thrown off their game. Plus—and this may be the worst thing of all—philosophically-speaking, cutting out the human factor removes culpability, guilt, right? I didn’t create that scam, the bot did!

Bryk: The bots could even call the same person over and over, using a different voice and a different sales pitch each time. Pitches could even be generated automatically by the AI itself by patching together snippets of phrases it finds online. Would a lot of it be gibberish? Sure. But who cares? Odds are a chatbot that’s behaving randomly will still likely invent some convincing messages now and then, particularly if the rules are good and the elderly are targeted. Worse yet, a chatbot could present itself as anything, any agency or institution.

Bryk: Exactly. Everyone I know has gotten the “IRS” call claiming they owe the government money. But nobody falls for it because the dude making the call is clearly not a native speaker and his patter is ridiculous. But imagine if a bot were making the call! Suddenly, the English is perfect, and the details are legitimately convincing. Hell, AI can even be used to replicate real people’s voices! Even voices of people we know—by grabbing snippets of their voice from videos on Facebook. Talk about fake news! The AI could even pull actual information about the call recipient from big data like their social media accounts, say, and then incorporate that info into the conversation to help ‘prove’ its identity. And it would all seem totally natural. Just like how magicians pretend to read the minds of audience members by using information the theater already asked them for when they bought the tickets.

Neum: Is that how they do that?

Bryk: Scammers could even create scams that involve sequences of calls; the first calls extract a bit or two of info from the user and then the follow-up calls consolidate all that info and use it in a completely different context, so the calls don’t seem remotely related. The sky’s the limit!

Bryk: So, what’s needed is some obligatory statement upfront that identifies the call as coming from an AI chatbot, and not from a real person. Can we do that? Is that a first Amendment issue?

Neum: But it’s not a person. It’s a bot. Ha! Now you’re getting confused.

Bryk: Right! Or maybe a law that says if you ask a chatbot if it’s a chatbot, the chatbot has to say, “Yes. I’m a chatbot.” Right?

Neum: Maybe. Though of course that relies on the call recipient even knowing they can do this…and being suspicious of the bot in the first place—which they may not be if the bot is that convincing.

Bryk: Good point. Something must be done!

Bryk: But at least we can set consequences…

Bryk: Who’re we writing to?

Stay tuned, folks. Progress updates to follow. This is real. My lawyer is real. I am real. And soon enough the bots will be real. But fear not, dear reader! We’re going to make this happen.