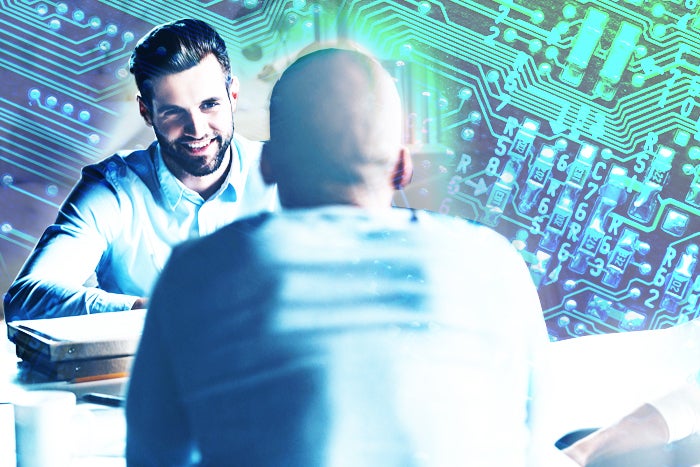 IT leaders often bemoan a lack of qualified candidates to fill critical IT positions. Organizations that struggle with talent acquisition blame the skills gap, the IT talent shortage, broken pipelines, but what if the real problem — and solution — is much closer to home?

“There are hundreds of thousands of people looking for jobs and just as many available roles,” Cromydas says. “With so much supply and demand, it’s less about a transaction and it has to be more about cultivating relationships. You have to look beyond the individual role and get candidates comfortable with how and why this role is the best one for them, not just for the present, but for future growth and development.”

In today’s environment, he says, with IT unemployment at record lows, making the candidate experience stellar is critical in getting an interviewee excited about the future possibilities of the role and the company as a whole. This focus candidate experience is why so many large enterprises are losing talent to smaller, riskier startups, he says.

“You have to shift perspective away from, ‘I’ll give you X, Y and Z and you just work here — and you’re lucky to be able to do that,’ and toward, ‘You are a great candidate because of these reasons and this is how this role will allow you to flourish for the foreseeable future,’” he says. “Make the whole experience about the candidate and see how things change; people are willing to take huge pay cuts to work at these startups because they want that experience and that ability to really make an impact.”

Hiring candidates for IT and technical roles requires answering one fundamental question: Does this person have the right skills to do the job? But assessing skills can be tricky. Unconscious biases can introduce factors like sex, gender, race, ability and age into what should be a straightforward process, says Vivek Ravisankar, co-founder and CEO of HackerRank.

Coding challenges, pair programming and technical tests can help vet a candidate’s ability to perform the necessary tasks for a role, and you should be using these when interviewing, he says.

“Eliminating potential superstars because of unconscious biases is, to be blunt, ludicrous,” Ravisankar says. “Skills and a candidate’s ability to adapt to the fast-changing needs of the tech industry are what should really matter. Do you have the foundational computer science knowledge of how to identify a problem, break it down into smaller chunks and solve? Can you apply general knowledge to different and emerging languages, platforms and technologies? If you can prove you have these core skills as well as adaptability and willingness to learn, that should be what matters.”

While some organizations may rely too heavily on testing and skills assessment, there’s a major upside to including them in your interview process, says Jori Ford, senior director of content and SEO at G2 Crowd. Using skills-based assessments and project-based screening focuses the interviewing process on what a candidate is capable of, not what they look like.

“Organizations that are struggling with diversity and inclusion are using skills assessments for good reason — because people who otherwise would be discriminated against, unconsciously or not, love these tests, to a degree,” Ford says. “A company doesn’t have to care about what a person looks like, their sexuality, their race, religion, age, ability. If I can pass the test, I’m good enough; I’d rather do that than be excluded outright without having the chance to prove myself,” she says.

You’re relying too much on whiteboards and homework

That said, there’s such a thing as too much assessment, as software engineer Melissa McEwan describes in this post for Quartz. Unpaid homework assignments that stretch for days are frustrating, don’t give an accurate sense of a candidate’s ability, and are detrimental to diversity, too.

“Completing days of free work as a requirement for applying to a job is a burden for anyone, but it may also deepen biases against already underrepresented groups in tech, such as women,” McEwan writes.

Whiteboarding, too, is a trend on its way out, as “it hardly resembled how most programmers work on the job. Then Google, the most famous proponent of these tests, delivered whiteboarding a final blow when it admitted its own studies showed the puzzles weren’t even very useful in evaluating skill,” McEwan writes.

Workplace culture can be a strong determining factor for success. But emphasizing culture fit when hiring can result in an unhealthy monoculture if you aren’t taking steps to also foster diversity and inclusion.

“Obviously skills and experience are important. So that’s where everyone starts, but once you get past that, what are you focusing on? I bet you hear a lot of tech companies say ‘culture fit,’” says Ciara Trinidad, diversity, inclusion and belonging leader at Blend. “But what does that really mean? Obviously, each company’s culture is different, so that means different things to different people. For the hiring managers who are doing it wrong, it means, ‘Someone who looks like me.’ It means, ‘Someone with the same background as me.’ It means, ‘Someone with the same ideas.’”

Emphasizing culture may result solely in candidates who reflect the “culture” of hiring managers, recruiters and HR professionals, especially if those gatekeepers to employment are homogeneous. They may also assume that diversity and inclusion are problems that can be fixed quickly and simply.

That’s the wrong approach, and that’s how a lot of companies end up with an overwhelming majority of straight, white, cis-gender males wondering why diversity and inclusion is a problem, Trinidad says, or, as this recent Wired piece shows, simply denying that bias exists.

Some companies attempt to “solve” diversity and inclusion issues by making “token” hires or focusing on what G2 Crowd’s Ford calls “box checking.” Ford identifies as Black, Korean and lesbian, and has been in the awkward position of experiencing this tokenism firsthand.

“In one role I held, I was in the office and they had a photographer there to take shots of the leadership team,” Ford says. “Someone must have realized that it was very homogeneous, because they came out and asked me to come in; they grabbed this Asian man from IT and another lesbian woman. And to find out that they weren’t truly interested in diversity and inclusion and only in how it would look — that was awful.”

She adds that companies don’t “have to have others who look like me, or who are like me, but it’s important to feel that I’m valued for who I am. Don’t just use me to fill quotas or make yourself look better, because I will figure that out, and it will make me question everything about your company.”

Create employee resource groups and affinity groups, actively expand your pipeline to underrepresented groups, work on educating your existing workforce about the importance of diversity and inclusion, Ford says, and put that stance front and center in everything your organization does.

“If you’re not vocalizing your stance on these issues and proving you’re trying to get better, if you’re not creating these groups, if you’re not educating, if you’re not trying to hire diverse talent, then how did you get me to even talk to you, first of all, and why should I even take a job with you?” she says. “Am I just here to be put on a pedestal, or do you really care about what I can do?”

You’re not sharing the process with the broader workforce

Finding the right talent for an available role shouldn’t be the responsibility of HR and a lone hiring manager, says Ford. Fostering an open culture and involving the teams with which a candidate would work, as well as folks from other departments that would interact with that role can help give a candidate a better feel for how the role fits into the larger organization.

“One thing I learned is how to gauge a company by how those interviewing me would ‘share me’ with everyone else,” Ford says. If you have an open office, or even glass windows where everyone can see what’s going on, that speaks volumes without saying a word. It’s almost literal transparency. And in situations where I was a candidate, being able to speak to anyone in the halls or having people walking by get pulled in on a whim to talk to me — I think that’s a great tactic,” she says.

When she interviewed at G2 Crowd, one particular experience cemented her feeling that the role would be a perfect fit and that the company was a great place to be, she says.

“I met with two women who interviewed me, and afterwards, one of them took the time to walk me around the entire building, introducing me to everyone,” Ford says. “She was so clearly excited — ‘This is Jori, she’s interviewing for this role, and I wanted you to meet her since you might be working together.’ She walked me around various parts of the building, even though they were in the middle of doing construction, and told me what the plans were and how wonderful she thought the future of the company was going to be; how the new plans were fitting in with the vision. It was so lovely — and it just confirmed that this was right. This woman so loved where she was and what she did that she couldn’t wait to share it with me; that’s important.”

While you can still manage to hire great talent with a sub-par interview process, making sure that the process is as candidate-centric as possible, is open and transparent and properly assesses skills while being diverse, inclusive and welcoming can be the difference between a good interview and a great one.