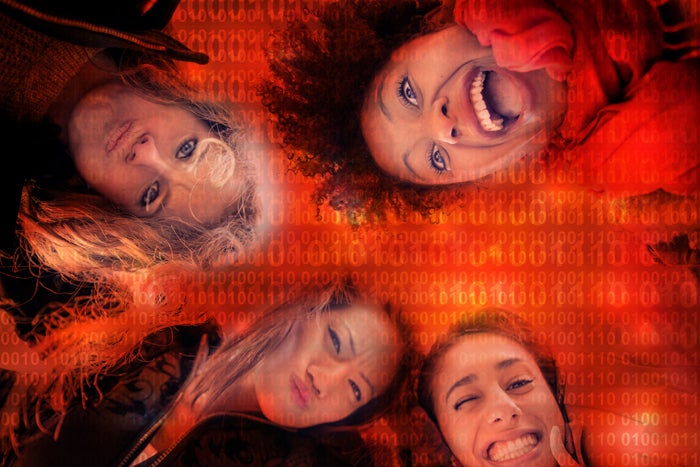 This is my debut blog for my new IDG blog, “Building the Future – Together.” I believe it will take all of us – men, women and transgender, young and old, from every neighborhood from Detroit to Orange County and every village from Africa to China – to build a digital future that is inclusive for us all.

While most people agree with this notion, the reality is there are fewer women in tech today than ever before. After peaking in 1991 at 36 percent, the rate of women in computing roles has been on the decline. Women make up just 25 percent of computing roles today. Women leave tech at double the rate of men and Harvard Business Journal estimates more than half of women in tech will leave over time due to hostile work environments. And fewer young women are choosing to pursue careers in tech. Just 11% of teenage girls plan to pursue STEM careers, by at least one estimate.

This creates a tremendous dilemma that faces us right now, today, at this very moment.

There are many reasons cited for this decline – from the lack of qualified minority candidates in the pipeline, which is highly disputed, to poor education – but the most cited and supported is the culture of tech. The culture in tech changes about every 10 years. As an example, consider the last 3-4 decades.

In the 1980s, the entry of the PC into the home created a culture focused on video games and weird science. And because these PCs were marketed to boys and men, we saw fewer women seeking computer science degrees in the early 1990s.

The 1990s and early 2000s brought the Internet, which led to one of the biggest bubbles in tech. This created millionaires and billionaires. Tech was now seen as a place to go to get rich.

Over the last 10 years, young white men – what some call super geniuses – have been largely sensationalized and associated with tech. The idea of the $1b unicorn has created a level intensity in tech that we haven’t seen before, an intensity that a male engineering manager at Uber told me sometimes allows leadership teams to compromise their ethics and what many women have told me doesn’t feel like an inclusive and productive way to innovate.

But how do we begin to understand macro industry culture, what is it today and how do we shape it for the future? Building culture within our own companies and communities is challenging enough. What happens when we try to shift an entire industry’s culture?

I believe we begin and can be successful in changing culture through understanding the micro experiences – the stories – of the people working in tech every day.

The power of story is sometimes overlooked or taken for granted due to the deluge of social media and content in the information age. It can also be dismissed as ‘talk,’ not ‘action. But it is exactly in this world of data and information overload that engaging story can rise above the clutter and overwhelm to connect and engage. And both history and modern-day references make it clear that story is a powerful way to change behavior and incite action.

Consider historical evidence such as Homer’s Odyssey and the Iliad. Historian JE Lendon says that the emphasis on conquering cities by trickery are mirrored in the Greek battle strategy that followed, underscoring the impact of story not only on the mind but also on cultural behaviors and norms.

Story can result in action and behavioral change, because when it connects on an emotional, visceral level, it creates empathy. Psychologists at Princeton have even mapped brain patterns in storytellers and the people listening to story and have demonstrated that the same areas of the brain – the insula – light up at the same times, during emotional arcs in the story, leading to understanding and sensitivity.

Ohio State University psychologist Lisa Libby found when people identify with a protagonist in a story, they may take similar action. In one of her studies, when the protagonist stepped up to vote in the face of adversity, the consumers of the story were found to be more likely to vote later on.

This is action, and this is behavioral change, which begins to change culture.

And when we consider even more recent works in literature and filmmaking, we quickly see for ourselves the link between story and culture shifts. Middlesex (2002), began to reframe the conversation about transgenders through the personal account of Cal (or ‘Callie’). Crash (2004) reframed the very sensitive nuances of race in America. It allowed people to take a look at themselves and their own unconscious bias in a way that was uncomfortable but started to change the narrative about race.

In our world, the world of tech, we see the power of story from women such as Ellen Pao and Susan Fowler, Sarah Lacey and Sheryl Sandberg. And increasingly, the power of story is coming from every day women in tech. Hundreds, if not thousands of them.

After interviewing hundreds of women and men over the last year for The Chasing Grace Project, I realize more than ever the power of story to incite action and change behavior. For every young woman that approaches me after a screening or talk, to every man that asks me where they can learn more, I know that change is coming. But we can’t stop now. If we stop sharing our stories or allow ourselves to be silenced, we could see an even worse decline in the number of women in tech. The future depends on us to keep going.

Jennifer is the Chief Executive Officer of reTHINKit Media, where she co-produces independent work like the Chasing Grace Project and partners with clients to identify their unique story, produce content in multiple formats to support those stories and amplify them through strategic PR and social media programs.

Her career has been dedicated to telling the stories that have defined a generation of technologists, from the men and women who started Creative Commons to Google’s first I/O Conference and more. For more than 17 years, Jennifer has been a woman in tech and has been recognized for her storytelling acumen by BusinessInsider, who ranked her among the best PR people in tech for her video storytelling works.

She was most recently VP of communications at The Linux Foundation, where she oversaw brand storytelling and a team of PR, social media and video production professionals. Prior to that, she was vice president at Page One PR and held posts both in-house and at agency in communications.

In addition to her BusinessInsider recognition, CIO.com identified her as one of the most influential women in open source.

The opinions expressed in this blog are those of Jennifer Cloer and do not necessarily represent those of IDG Communications, Inc., its parent, subsidiary or affiliated companies.