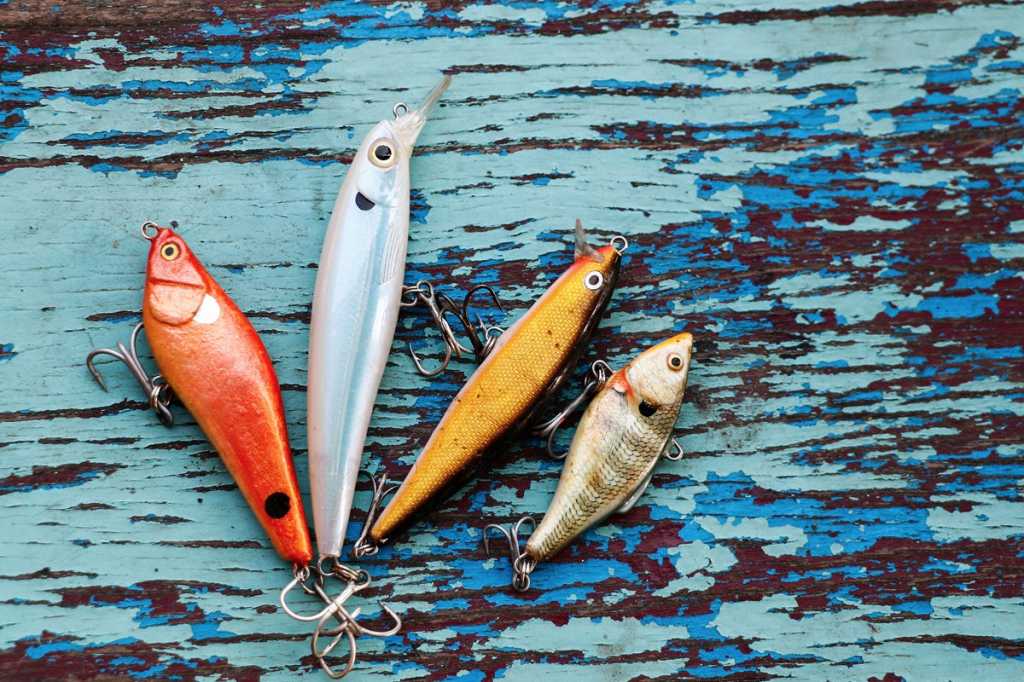 Building an outstanding tech team starts with hiring well. And in a competitive environment,  sometimes that means hiring away top IT talent from other firms.

But if you’re not Google, Facebook or a blisteringly hot startup, how do you compete for standout candidates? To find out, we talked with tech pros who’ve hired well for their tips on winning over the best candidates.

Workplace culture matters, of course, along with access to new technology, career development, compensation and benefits. But there are some simple steps you can take to make your organization one that draws people looking to make a change. A recent survey from Stack Overflow reported that nearly 75 percent of developers are either actively looking for a new company or are open to a new position.

Here’s how to create an office environment and outward presence that draws the best tech staff to your firm.

Alan Fluhrer gathered hard-fought wisdom as a recruiting director and manager at tech startups for more than 20 years. And when reaching out for talent, he’s ruffled some feathers by contacting talented tech pros who were doing good work elsewhere.

“Oh heck yes, I’ve been called by in-house counsel telling me to stop,” Fluhrer says. “The only time it’s an issue is if you’re going after specific people at companies, to get their specific knowledge. And to do it at the detriment of that company. So trying to recruit the best people — and they happen to be at your competition — has never been an issue. The only time to be aware of this is after you interviewed somebody and you need to make sure that any documents they’ve signed has any restrictions.”

Fluhrer recommends, especially for companies just starting out, to tap your employees’ friends, former coworkers, and other connections. Fluhrer also focuses on local associations and meetups. “Don’t just look at the tech-centric groups,” he says. “Look at the groups that might know the people or work in conjunction with the people that you’re looking to hire. If you’re looking for database administrators, you could join a group of systems administrators. Good systems administrator managers are always looking for DBAs because they work so closely with them.”

One way to put your best foot forward in a tough market is to make the process simple and efficient for prospective hires, says Kurt Heikkinen, president and CEO of Montage.

“We’re living in the age of the candidate, especially when it comes to knowledge workers, like IT, who are in high demand,” Heikkinen says. “These candidates have certain expectations from potential employers. They expect the hiring experience to be fast, transparent and easy. They also expect the hiring experience to match how they interact with technology in every other facet of their life.”

One way to stand out from other organizations, Heikkinen says, is to make it simple to discuss the job using text messaging — as well as a smart scheduling platform.

“These are just two examples of ways organizations can give IT candidates more control in the hiring experience,” Heikkinen says. “This way, recruiters can use AI solutions to engage top tech talent in hours, rather than days or weeks. These solutions allow candidates to set up interviews on their own time and conduct interviews more quickly and efficiently. All of this means organizations can connect with and interview the best candidates before other companies have even gotten around to scheduling an interview with them.”

Ken McElrath, CEO of Skuid, offers some ground rules to his staff about how they communicate with potential employees at other firms.

“On the legal side, we make sure the hiring manager — or other enthusiastic employees — don’t have non-solicitation agreements in place before they speak to others from their previous firms. While friends will always talk to friends and naturally want to work together at the best companies, we abide by the terms of prior agreements.”

McElrath says he won’t recruit directly from other organizations, as a matter of courtesy, but he was in the minority of those we spoke with.

“I’ve found that you should always treat other companies the way you’d want your company to be treated,” he says. “Unscrupulous companies may appear to win in the short term, but in the end, unethical practices will return to haunt them and the employees who take their bait.”

Don’t fish off the pier

When you’re searching for talent make sure to avoid putting off your corporate allies, advise (some) experts.

Cheryl Gee, director of talent acquisition at KLA-Tencor, says the firm moves cautiously when dealing with prospects from customers and partners. “We explicitly inform individuals not to improperly use or disclose any confidential or proprietary information or trade secrets of any former employer.”

“We steer clear of hiring talent from companies with directly competitive or tangential products to our own,” says Alex Kubicek, founder and CEO of Understory. “So we don’t anticipate ever encountering a true problem in this regard. We have hired IT pros from other firms, but we haven’t run into any issues.”

Not every hiring manager take this approach, however. ThoughtSpot’s Head of People Cole Shiflett makes a compelling argument that people have a right to work where they want, and points to a U.S. Department of Justice probe that was settled by tech firms who agreed to enter into no-hire agreements.

“We have hired employees from name-brand tech companies as well as from companies we have professional and personal relationships with, and vice versa,” Shiflett says. “Our philosophy is that at the end of the day, it’s up to the individual to determine the right place for them to work. We use this same philosophy with our employees as well: We want what’s best for them, we’ll do everything we can to align with their needs and their goals, and ultimately it’s up to them to decide what’s best for them.”

When speaking with potential employees at another firm, keep the conversation focused on your pros vs. their cons, says Mark McFarland, technical recruitment manager at Relativity.

“Stay away from talking negatively about another company or competitor,” McFarland says. “If your company is the best choice, your pitch should make that clear.”

Emerging companies in particular should play to their strengths, which might be missed at first look, says Laura van Wyngaarden, co-founder and COO of Diligen. “For example, if you develop interesting technology, focus on that and allow your people to be part of the next phase of product innovation. Many fields — legal, manufacturing, real estate and healthcare — are under pressure to adopt new technologies and improve the way they create and deliver services. Being part of building something bigger and having freedom in the creative mission will lead to greater satisfaction — and salary — in the end.”

McFarland suggests a few things to avoid potential complications with your new hire. “Be aware of any non-compete agreements between the candidates and their current or last company,” he says. “Also, be aware of any non-solicitation agreements between your company and the candidate’s company. The earlier you understand the roadblocks the better you can manage the recruiting process and avoid wasting both your time and the candidate’s time.”

Play up your strengths

Matt Englund, senior talent advocate and team manager at digital consulting firm The Nerdery, says his company has had some luck attracting talent from  FAANG (Facebook, Apple, Amazon, Netflix, and Google) firms by focusing on benefits outside of work. Not everyone wants to spend their waking hours toiling for a gaming company, slick Silicon Valley firm or an options-heavy software maker.

“We’re able to pull talent from some of the larger tech giants with the promise of major quality-of-life upgrades — i.e., better schools, cheaper homes, more money to travel and invest in experiences,” Englund says.

Look for candidates with certain characteristics, suggests Charles Hubbard, partner in the San Francisco/Silicon Valley office of executive and board search firm Howard Fischer Associates. He names a few that he says improves the chances of pulling top-level talent from the bigger tech firms.

“You will never win against the FAANG companies with a candidate who’s predominantly focused on near-term cash compensation,” Hubbard says.

He says he’s found success approaching candidates who are attracted to equity in the firm, as well as those who’s personal mission aligns with that of the company’s size and approach — “a tribe or family environment where the personalities click and the team can move after goals with speed and iterate quickly.”

Like other pros here, Matt Arceneaux’s firm Social3 isn’t located in Silicon Valley, Seattle or New York. They’re headquartered in Nashville, so when they reach out to potential candidates, they cast a wide net.

“When we have a specific need, we go on the hunt for people via Linkedin,” Arceneaux says. “We look for very specific targeted keywords and profiles. It’s like trying to find a needle in a haystack, but we’ve been pretty successful.”

If they’re looking to hire someone away, there’s no hesitation: “It’s the organization’s responsibility to maintain loyal team members. If the company they work for is doing their job, the individual we are attempting to hire will simply state that they are happy. We try not to push. Anyone can be tempted and pushed, but we know that if they are happy, we won’t push.”

Do the right thing

People are obviously free to work where they want, so the term “poaching” is a bit loaded. Tech pros move, pick up new skills — sometimes return to their roots and bring that knowledge back with them. Still, the practice seems to cause hangups.

“Employers should be able to hire the best available talent,” says Tracy Coté, chief people officer at Genesys. “But the reality is, just like it’s not cool to start dating your best friend’s girlfriend, there are both spoken and unspoken rules around where companies should be finding their talent. When hiring a leader, it’s usually understood they will bring a person or two along with them, but don’t overdo it. Common sense and good judgment should rule the day when considering where to get talent.”

“We are not trying to be the trendiest place to work, with showboat leaders and creative talent,” Coté says. “We just want to keep it real and build a great product that makes people’s lives easier. And that resonates. Every department has a micro-culture and a micro-mission that supports the overall company direction. Do you know what yours is? Figure that out, and make it clear in your job postings and other employment branding activities, and you will attract the kind of people you want.”