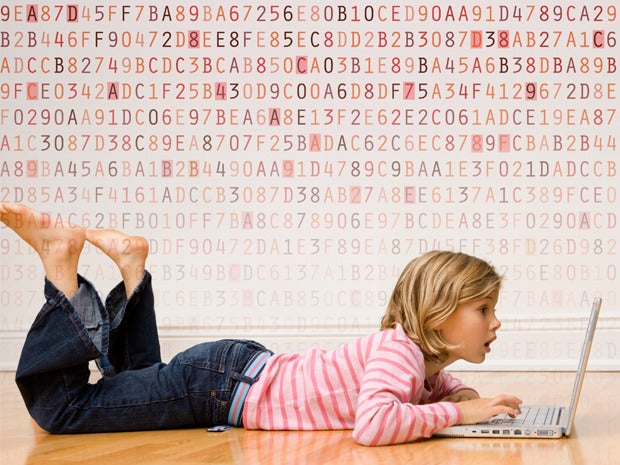 Newton Antoniuk describes himself primarily as a coach (he goes by “Coach Newton” in fact) but his official title is Technology Education Ambassador. We met recently during a week-long summer class he was delivering at my local library in Boise, Idaho, to which I brought my nephew Logan (12) and niece Roxie (7).

While Logan had previously done various coding and programming activities, Roxie hadn’t, so she was quite unsure of herself as we walked into a room full of strangers and laptops. Yet within less than half an hour I watched her go from clinging onto me and mumbling that she “didn’t want to do this” to asking me with a beaming smile whether we could come back the next day, “and always.” Perhaps it had something to do with the fact that Coach Newton strictly enforced dancing breaks every twenty minutes, but whatever it was, it certainly did the trick. She was hooked.

When looking at the massive scale of the digital skills gap problem, it is easy to forget that the success or failure of such initiatives comes down to whether or not you successfully engage students. In this case, attending the camp was not necessarily about how much coding knowledge the children could cram in a week (although it turned out to be quite a lot) but rather about showing kids like Roxie that this is something they can do – that learning coding is something you can have fun with and be really proud of.

And the peripheral skills they learn in the process are arguably just as important in this equation: The approach encourages them to navigate through problems using logic and persistence, to work as a team in helping others – or asking for help – and to enjoy the process of continuous learning. These are all invaluable life skills, whether or not they choose to become “coders” in the future.

Any learning that flexes a person’s creative muscles while engaging them in a fun, playful way delivers a lifelong benefit, independent of a specific career choice,” agrees Newton, pointing to academic research that demonstrates how courses that provide an introduction to computer science have broad-reaching benefits such as building reasoning skills via lessons that teach computational thinking. This is also backed up by his own experience working in the consumer electronics industry:

“I was privileged to work with extremely bright and motivated people from many disciplines, not just engineering. My career exposure helped me to glean some of the fundamental traits that empowered these successful people and I found the elements of computational thinking to be foundational.”

After a decades-long Silicon Valley tech career, Newton started exploring ways to combine his expertise and passions with serving the local community, and in the fall of 2013, he came across code.org as Hadi Partovi and his team launched their first Hour of Code event.

Yet his first foray into “code coaching” came in 2010 when he was offered the chance to teach a session at his son’s school and chose to introduce that 5th grade class to Scratch. Another soon followed for his youngest’ 3rd grade class.

“As a technology geek, I was pleasantly surprised to find that almost all of the young learners, both girls and boys, embraced this great learning tool,” he explains. Working with Scratch – a visual programming language that uses a simple gamified, block-like interface to create flexible online projects – made him realize that the type of exposure to coding that he had only got once he was in college was now potentially within reach of all elementary, middle and high school learners – if only there was someone to show them.

Newton then quit his job earlier this year to launch Panucation, an Idaho-based non-profit that promotes STEM learning. He explains how worldwide – but specially in the U.S.) code.org and others have been enabling the scalable deployment of teacher training using a viral approach that empowers educators and spreads from state-to-state, school-to-school, right down to the individual student level. Panucation’s strategy is to leverage the grassroots power of the platform to impact many more students.

It was interesting to see how diverse in terms of age, gender and ethnicity our coding group was. There are many worthy initiatives out there which encourage kids to engage with technology and coding in a hands-on way, but the advantage of this sort of program is that – as long as we keep funding places like libraries – they remain accessible to everyone. Everything we needed was provided during the session, which is a great equalizer, putting every attending student on an equal footing regardless of their background or economic status.

“Building a person’s confidence in learning technology at a young age has the ability to break down future barriers since their own vision of their capabilities can be transformed. Making these courses available to as many youth as possible helps to address the need for their success in the work place of the future,” adds Newton.

He’s now committed to building Panucation as a non-profit, and is starting a pilot program in the fall with two elementary schools in the Boise to complete the entire code.org curricula over the course of the next academic year. Yet their future focus is also going to be on building a range of government and commercial partnerships that will ensure the long-term sustainability of the program and allow it to reach a great many more students.

The way that Coach Newton was able to teach students across a broad age range, with such different grades and level of coding proficiency, demonstrates how this can indeed be a scalable solution. A key part of this is the code.org curriculum, which gives the students a common platform which is customizable to their level and on which they can practice both during classes and at home.

As I watched my niece speed through the modules (first thing she’d do in the evenings as we came home was ask for her pi-top so she could do extra exercises) and add to her growing pile of knowledge tokens, I thought about how easy it is to “call BS” on people such as James Damore, who insist there is an inescapable biological reason why we don’t see as many women as men working in tech.

Seeing her flutter between extremes of confidence and insecurity reminded me that giving girls (and boys) real future career choices means making sure they get the chance to try out a range of skills in safe, comfortable and fun settings. Only then can they truly decide which path suits them best. In the meantime, however, they can also have a whole lot of fun.